Italy's Generali not worried about takeovers thanks to core shareholders, strong capital 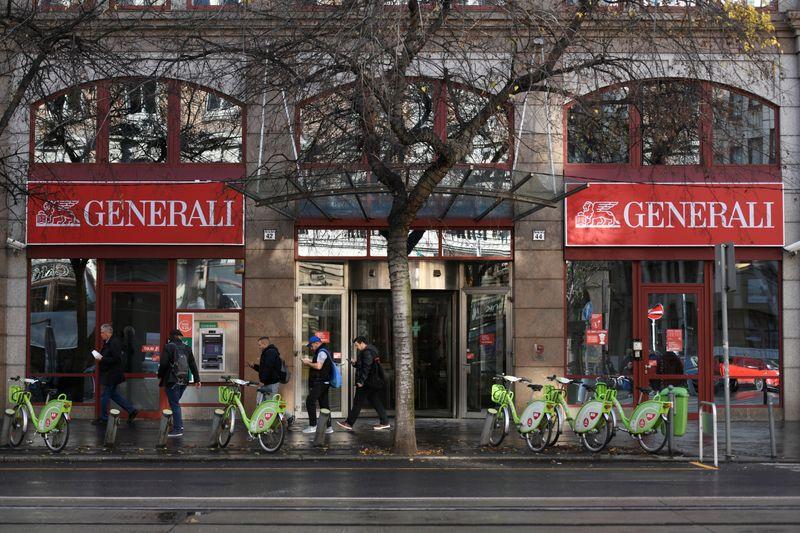 MILAN (Reuters) – Italy’s top insurer, Assicurazioni Generali (GASI.MI), said on Saturday it was confident of being able to rebuff a potential takeover bid, thanks to a “solid” group of core domestic shareholders and a strong capital and financial position.

In answers to investors posted on its website ahead of next week’s annual general meeting, the insurer said it was “very solid from an operational and financial point of view as well as in terms of capital and governance”.

Generali’s smaller market capitalisation has fuelled speculation in the past that it could become an acquisition target for larger rivals such as France’s AXA (AXAF.PA) or Switzerland’s Zurich Insurance (ZURN.S).

Sources told Reuters last month that a parliamentary committee on security was looking into the ownership structure of Italy’s top financial groups with a focus on possible changes at UniCredit (CRDI.MI) and Generali.

By driving down Italian stock prices, the coronavirus pandemic has heightened concerns that top financial institutions could fall into foreign hands, prompting the government to broaden special powers it has over sectors deemed strategic – to include banks and insurers.

Del Vecchio is also the top shareholder in Mediobanca.

Generali reiterated that there was no reason to doubt the group’s stability, even if the final impact of the COVID-19 crisis was still uncertain.