Home » Analysis & Comment » Opinion | Are We Sleepwalking Through a ‘Decisive Decade’?

Opinion | Are We Sleepwalking Through a ‘Decisive Decade’? 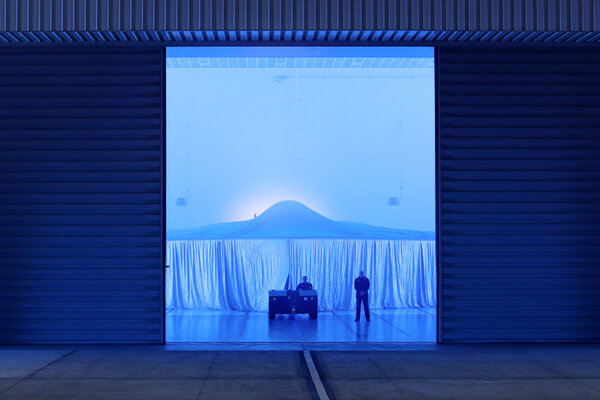 Last week the Air Force unveiled its first new strategic bomber in 34 years — a boomerang-shaped stealth plane called the B-21 Raider that may ultimately cost taxpayers some $200 billion — and the country barely noticed. Also last week came reports that China’s nuclear warhead stockpile had doubled since 2020 and could reach 1,500 by the mid-2030s, closer to parity with the United States and Russia.

This also went mostly unnoticed. Maybe we were too busy freaking out over Elon Musk’s takeover of Twitter.

The United States, President Biden says, has entered a “decisive decade” when it comes to geopolitics. He’s right. But even amid the war in Ukraine and China’s growing belligerence toward Taiwan, we mostly seem to be sleepwalking into it. The administration trumpets its promises to defend the free world. But it isn’t yet willing to provide sufficient means — a dangerous mismatch in an era of authoritarian adventurism.

Costs: The United States, goes a common talking point, spends more on defense than the next nine nations combined. That’s true but misleading. It doesn’t take into account significant American disadvantages in purchasing power and personnel costs. One example: A U.S. Marine private can make about as much in salary and benefits as a Chinese general.

Trends: Military spending as a percentage of gross domestic product, at around 3 percent, is well below the plus-4 percent average of the past 50 years. It will continue to fall for the next decade, according to projections from the Peter G. Peterson Foundation, and more of the funding will be eaten up by inflation.

Scope: America’s defense commitments stretch from the North Atlantic to the Persian Gulf to the Taiwan Strait. The military ambitions of Russia, China and Iran, by contrast, are regional and therefore easier to concentrate. China now has the largest navy in the world, at least in terms of ship numbers, with its prime objective the seizing of Taiwan.

Readiness: The Air Force is short by about 1,650 pilots. The Army is short by roughly 30,000 recruits. More than half of America’s bombers were built during the Kennedy administration. The Navy has spent years trying to reach a target of 313 ships (it was close to 600 at the end of the Reagan administration) but still can’t break 300.

Competence: The Pentagon is broken. It has never passed an audit. Acquisition debacles — the Navy’s Littoral Combat Ship (a.k.a. Little Crappy Ship); the Air Force’s KC-46 tanker; the Army’s Future Combat Systems, to name a few — account for billions of wasted dollars and decades of wasted time. The Navy is struggling to maintain its ships, owing to long neglect of public shipyards, and our defense-industrial base would struggle to supply the military with equipment in the event of a war, much less two.

Urgency: We operate on the assumption that time’s on our side. Last year, the Biden administration trumpeted an agreement with Britain and Australia to help the latter build nuclear-powered submarines. But Australia will be lucky to acquire the full complement of subs before the 2040s because its industrial base is so inadequate.

These issues are compounded by public neglect. During the Cold War, defense problems were major political issues, so people paid attention. Now they are treated as technical-bureaucratic issues, so people mostly don’t.

At a minimum, we should ask whether we want capabilities adequate to our legal and traditional foreign commitments. If so, we should accept much higher spending, revolutionize our procurement processes, adopt a mind-set of strategic urgency, and develop reliable and sustainable supply chains. If not, we should pare our commitments and be prepared to live with the consequences.

Those include the possibility that countries such as Saudi Arabia and even Japan would acquire nuclear weapons. Do we want that? It’s a debate worth having. At least we should be clear about the trade-offs in a world where former allies no longer feel they can reliably depend on U.S. security guarantees against their nearest adversaries.

The picture isn’t totally bleak. The B-21 program has reportedly, so far, been running on time and under budget, evidence that the Pentagon is sometimes capable of getting things right. And the United States has been able to afford much higher proportional defense budgets in the past and should be able to do so again, provided there’s political will.

Meanwhile, the war in Ukraine has exposed the fact that our enemies can also have feet of clay. The Chinese military likely suffers from some of the same deficiencies as the Russians, obscured by a system that keeps secrets from itself as often as it keeps them from others. Iran may yet be undone by its internal convulsions. “There is a Providence that protects idiots, drunkards, children and the United States of America,” Otto von Bismarck is supposed to have said. He might have added that we have usually been exceptionally fortunate in our enemies, too.

But luck’s a bad basis for policy. We are now in a new era of great-power competition in which our traditional military advantages can’t be taken for granted. Now is the time for real public debate about what we mean to do about it.