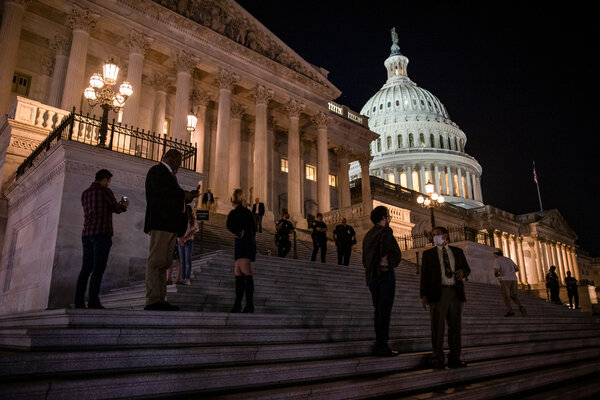 Mr. Dayen is the executive editor of The American Prospect.

The Build Back Better Act’s strength is also its weakness. Tackling health care coverage, prescription drug prices, family care, education, housing, poverty, the climate crisis, pandemic preparedness and fair taxation in one bill makes it wondrously comprehensive, and gives every Democratic constituency some hope that their dream policy could finally be enacted.

But that also makes it wrenching to cut anything from the bill while keeping everyone on board. A couple of Democratic senators (and a handful of other party members hiding behind them) demanding stingier social spending, lower taxes on the wealthy and corporations, higher drug prices and more burning of carbon have created an impossible dilemma for the party. Should they still try to address all of the issues they care about, with roughly half the funds required to do the job properly? Or should they choose what stays and what goes, and focus on executing what remains?

To me, the answer is clear: To be successful, not only in this legislation but in revitalizing Joe Biden’s presidency and his party, Mr. Biden must enact permanent, simple, meaningful programs, and connect them to his argument about how government can work again.

For too many years, Congress has tried to resolve longstanding policy issues by erecting complicated systems that an untutored public must navigate. Ordinary people who qualify for benefits — usually because they are in great financial need — are drafted into becoming unpaid bureaucrats, forced to spend time and effort to access what the system owes them. It’s confusing and exasperating, and it has sapped the faith that Americans once had in their government. Simply put, Democrats cannot continue to campaign on solving big problems and then fail to deliver without destroying their political project and alienating voters.

Many progressives believe the best way to reverse this dynamic is to start work on all the problems at once, betting that the public will reward their efforts and keep them in power to finish the job. Some have suggested sunsetting key programs after a few years, turning future elections into a referendum over making them permanent. Once the public gets some real help, they argue, it will be politically impossible for lawmakers to roll these programs back.