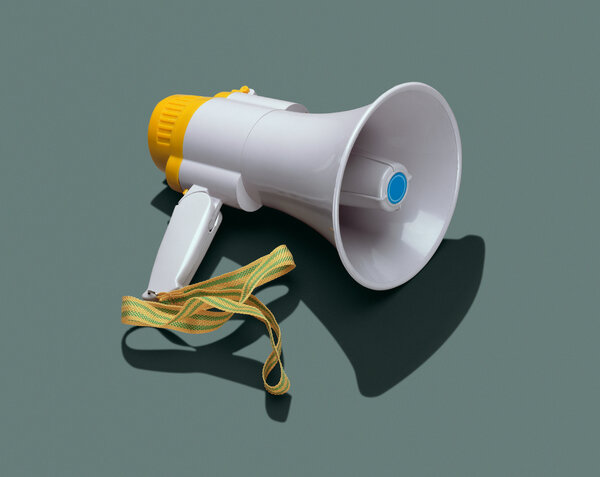 By Thomas B. Edsall

There has been a burst of stories in recent weeks describing devastating internal conflicts within progressive organizations, the most conspicuous of which was Ryan Grim’s June 13 Intercept piece, “Elephant in the Zoom: Meltdowns Have Brought Progressive Advocacy Groups to a Standstill at a Critical Moment in World History.”

Grim’s assessment resonated across the internet and was quickly followed by Molly Redden’s June 17 HuffPost account, “Inside the A.C.L.U.’s Post-Trump Reckoning”; Jon Gabriel’s article in the Arizona Republic on June 18, “Who needs a right-wing plot when progressives are busy eating themselves alive?”; Zack Colman’s June 19 Politico column “Justice or overreach? As crucial test looms, Big Greens are under fire”; and John Harris’s June 23 Politico essay, “The Left Goes to War with Itself.”

According to Grim (and these other reports), disputes over diversity, equity and inclusion — over doctrine, language and strategies — have paralyzed much of the left advocacy and nonprofit sector.

William Galston, a senior fellow at Brookings, has a sharp eye for what’s not working in Washington and has long been a critic of those he feels are pulling the Democratic Party too far to the left. Galston emailed me his take on the current situation:

In recent months I’ve had the chance to talk to several presidents and executive directors of established left-leaning centers and groups. They all tell versions of the same story:

Around 2015, something changed. The young people they were hiring were focused on issues of race, gender, and identity as never before, and they were impatient with — even scornful of — what they regarded as the timid incrementalism of the organizations’ leaders. They wanted equity (as they defined it) immediately. They were acutely sensitive to what they saw as microaggressions, including the use of terms to identify different groups that they regarded as out of date and insulting. They were prickly, quick to take offense and to see malign motives rather than inadvertent mistakes.

This generation gap has forced leaders to devote unprecedented time and energy to internal governance, sometimes to the detriment of their organization’s mission. The left has a long tradition of turning on itself, and what I’ve reported is the latest chapter in a long running saga.

One high-ranking nonprofit official who has been in the middle of these battles, but who declined to be identified because of the repercussions he would face within his organization, commented by email that

Difficulties addressing D.E.I. issues and identity politics are part of the problem, but they are symptoms as much as causes. There’s a new perfectionism in our organizations that gets in the way of actually dealing with challenges in our imperfect world.

The fundamental problem, he wrote, is “the presence in every progressive organization of a small but very vocal fringe that views every problem as a sin.” This hyper-moralization of internal disputes spills over into real-world, but otherwise routine disagreements, he continued: “It has become too easy for people to conflate disagreements about issues with matters of identity.”

Every leader of a nonprofit organization, he contended, “is struggling with the same problems regardless of the race, gender, or identity of the leader.”

He was not alone in his concerns. A consultant who works primarily for nonprofit advocacy groups, who would only speak anonymously to avoid alienating her clients, said she regularly sees routine disputes over salaries and assignments “turned into civil rights issues,” making them extremely difficult to resolve under ordinary circumstances. “The failure to give someone a raise, even when it is a Black boss, becomes a matter of structural racism,” she said.

It is just these struggles on the left that are forcefully documented in Grim’s 10,388 word investigation. Grim describes in detail a destructive workplace climate at the Guttmacher Institute, the premier abortion rights research group, where battles between staff and management meant that “the institute has spent the course of the Biden administration paralyzed” in a fashion “typical of not just the abortion rights community — Planned Parenthood, NARAL Pro-Choice America, but of other reproductive health organizations.”

In addition, Grim wrote that these internal battles have been “true of the progressive advocacy space across the board, which has, more or less, effectively ceased to function. The Sierra Club, Demos, the American Civil Liberties Union, Color of Change, the Movement for Black Lives, Human Rights Campaign, Time’s Up, the Sunrise Movement, and many other organizations have seen wrenching turmoil in the past couple years.”

Maibe Ponet, Guttmacher’s vice president for communications and publications, disputed Grim’s portrayal of difficulties at the institute in an email to The Times:

The suggestion that we are at anything like a standstill is far off base. Guttmacher has been very actively and consistently producing evidence and analyses to help inform legislators, advocates, courts, and opinion makers about the rapidly changing abortion landscape in the U.S., and also around the globe. Our work was very present and influential during the long lead-up to the harmful anti-abortion decision delivered by the Supreme Court on Friday and we have seen a huge uptick in coverage of our work in the last year.

An executive who heads a liberal think tank, speaking without attribution in order to avoid alienating colleagues, argued in an email that the tensions within organizations on the left have to be put in context:

Many progressive organizations are being led by women and people of color for the first time. This shift accelerated during the pandemic, largely in response to the murders of George Floyd and other factors, and so these folks assumed leadership during an especially difficult moment for our country, and for their organizations as well since so many organizations on the left include a focus on race. There have always been differences over strategy — how to do our work, who to engage, etc. — on the left, but the fact that the staff and leadership ranks of many progressive organizations are more diverse means that certain ideas about strategy that once predominated are rapidly being displaced. This, inevitably, has also caused tension, but also creativity.

The process of staff and leadership diversification, the executive continued, “at many organizations occurred in a hasty, slipshod manner — largely in response to national events. So there are many leaders on the left who feel uncomfortable and unsupported in their new roles, and many staff members who feel the new leadership is unresponsive to their needs.”

There are other interpretations of the conflicts within advocacy groups, nonprofits and other left-liberal organizations.