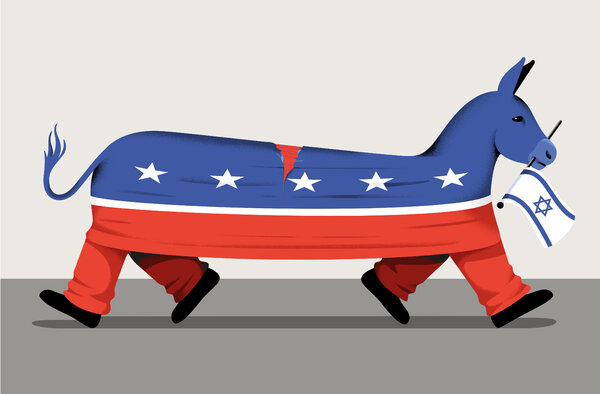 Mr. Wexler is president of the S. Daniel Abraham Center for Middle East Peace in Washington, D.C., and a former Democratic representative of Florida.

It would be a mistake to conclude that the sky is falling on the U.S.-Israel relationship or that the Democratic Party has distanced itself from Israel simply because a handful of progressive members of Congress recently challenged funding to resupply Israel’s Iron Dome missile defense system. After all, the House went on to vote overwhelmingly to fund Iron Dome with an extra $1 billion, including a large majority of Democrats.

And yet it would be an even bigger mistake to ignore the fact that the debate over the Iron Dome system represents a tectonic shift in the discourse among Democrats, one that is likely to shape U.S.-Israel relations for decades. Indeed, a small group of progressive Democrats have now forced a simmering debate within the party, and in their constituency, to the surface.

The debate within the Democratic Party is about America’s once unflinching support for Israel and about what that relationship looks like at a time when support for a two-state outcome is waning among Israelis and Palestinians, and there is increasingly vocal criticism of expanding settlements in the West Bank, housing demolitions and civilian deaths.

For this debate to lead to a successful outcome for both Israelis and Palestinians, the Biden administration must take robust action to create a two-state reality on the ground, one that gives all wings of the Democratic Party a stake in stability and security for all within Israel, Gaza and the West Bank. That means helping Israel and the Palestinian Authority to improve the lives of their people without compromising security as well as to narrow the political disagreements between the sides. Improvements in jobs, freedom of movement, technology, water and security can be achieved under the rubric of what has been called “shrinking the conflict,” an idea that Prime Minister Naftali Bennett and his senior coalition partners have embraced.

Even so, Iron Dome funding was never the intended target. The system is defensive; it protects countless numbers of innocent Israelis from Hamas rocket attacks and saves numerous innocent Palestinians by avoiding even more punishing Israeli military responses to those attacks.