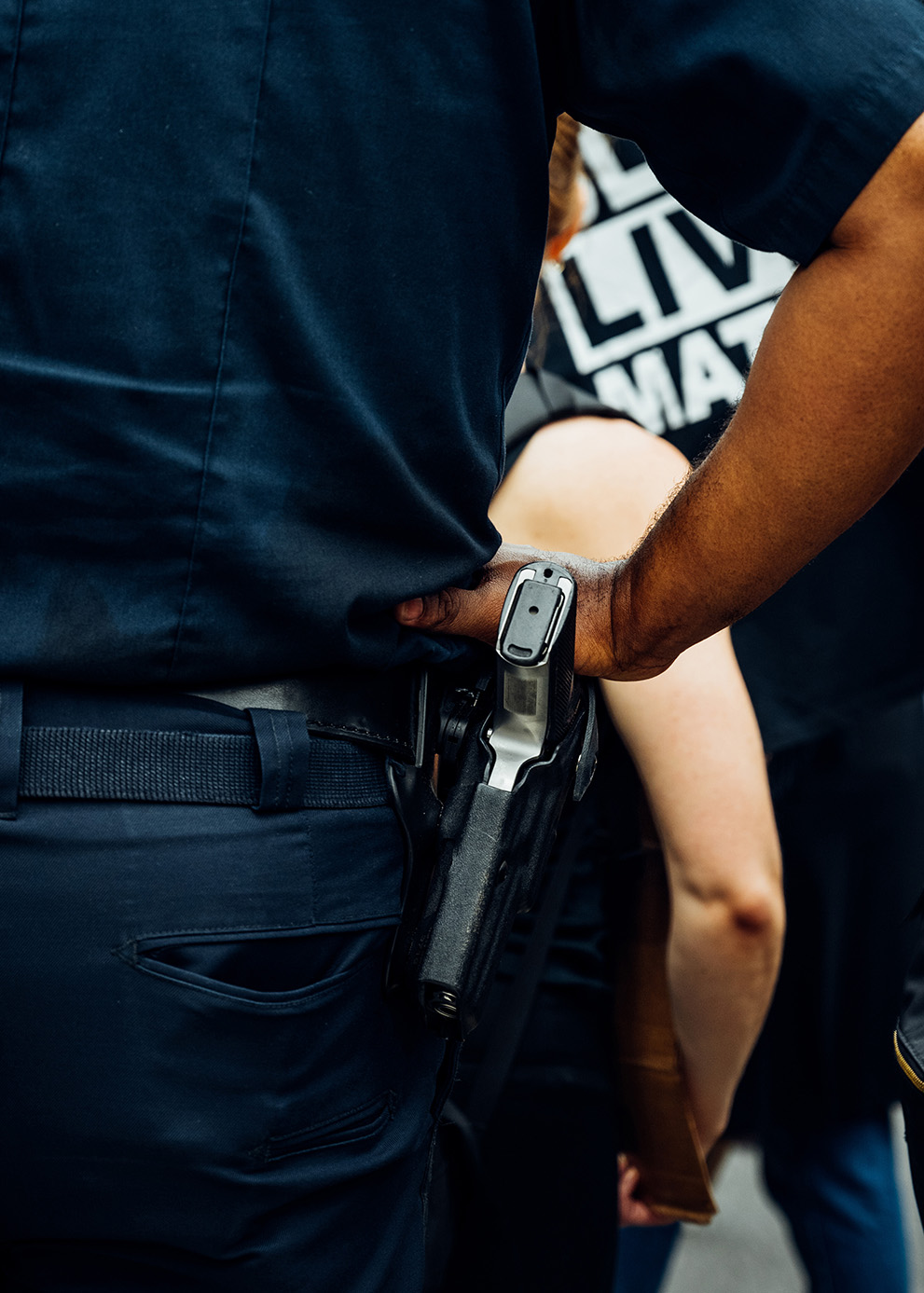 By The Editorial Board

The editorial board is a group of opinion journalists whose views are informed by expertise, research, debate and certain longstanding values. It is separate from the newsroom.

When a Minneapolis jury last month convicted the former police officer Derek Chauvin of murdering George Floyd on May 25, 2020, many Americans celebrated. At last, a moment of accountability, if not quite justice, in the face of persistent police brutality.

But for all the justified relief at the verdict, a troubling reality lurks: Had Mr. Chauvin not been criminally prosecuted — as the vast majority of police who kill in the line of duty are not — he may well have faced no consequences at all.

How is that possible? The whole world saw the video, saw Mr. Chauvin kneel calmly on Mr. Floyd’s neck for nine minutes even as he gasped for air, begged for his mother and, finally, went limp.

No reasonable officer could make the case that Mr. Floyd’s killing was justified. Yet thanks to a half-century-old judge-made doctrine, they don’t have to. The doctrine, known as qualified immunity, has developed over the years into an impenetrable barrier to relief for many victims of police brutality — or, as in the case of Mr. Floyd, for victims’ families.

Qualified immunity arose out of an 1871 civil rights law that made government officials, including police officers, financially liable for violating a person’s constitutional rights. In a series of rulings starting in the late 1960s, the Supreme Court decided that an officer is immune from liability unless it can be shown that he or she broke “clearly established” law in the process. The burden is on the plaintiff to make this showing, and the bar is absurdly high: If no other court has previously ruled in a case involving an essentially identical set of facts, the law is determined to be not “clearly established.”

Examples of courts splitting hairs to give a pass to even egregious misconduct abound: the prison guard who pepper-sprayed an inmate in the face “for no reason at all”; the officer who fired at a nonthreatening dog and missed, accidentally hitting a 10-year-old child lying nearby on the ground; the officers who stole $225,000 in cash and rare coins while executing a search warrant; the officer who shot a 14-year-old boy after he had dropped a BB gun and raised his hands.

“I don’t think there’s any serious argument but that the qualified immunity doctrine as it currently exists is completely off the rails,” said Barry Friedman, a law professor at New York University and a founder of the Policing Project, which aims to give the general public a role in shaping law enforcement policy. “It makes no sense whatsoever and gives police officers far more leeway than they ought to have.”

In short, it’s hard to see what is qualified about qualified immunity.

The Supreme Court has justified its creation by arguing that officials need “breathing room” to make “reasonable but mistaken judgments about open legal questions.” That’s true, but the police already enjoy many protections for their actions, especially in situations where they make split-second decisions.

In practice, qualified immunity has become what Justice Sonia Sotomayor has called an “absolute shield” that “tells officers that they can shoot first and think later, and it tells the public that palpably unreasonable conduct will go unpunished.”

The court has also expressed the concern that individual cops will be bankrupted by judgments. This simply doesn’t happen. To the contrary, governments virtually always foot the bill for police wrongdoing. One study found that officers personally paid only .02 percent of the dollars that plaintiffs were awarded.

The problems with the qualified immunity doctrine are legal as well as practical. Initially, courts weighing claims against officers first had to decide whether the officer had violated any constitutional rights — for example, by using excessive force in violation of the Fourth Amendment. If the answer was yes, they moved on to decide whether the law regarding that right was clearly established. But a 2009 Supreme Court decision effectively eliminated that first step, allowing lower courts to jump straight to the second question, which they usually answered in favor of the cop. This creates a vicious circle: When courts stop considering what police behavior violates the Constitution, they leave both cops and civilians without a clear idea of what sorts of violations are considered clearly established.

Ending or curtailing qualified immunity would not be a cure-all for police brutality. By the time it becomes an issue, the harm has already been done. While holding people and departments accountable is important, it’s even more important to ensure that the harm doesn’t occur in the first place. “Police misconduct is often a systemic problem. These are not just bad apples but bad barrels,” said Joanna Schwartz, a law professor at U.C.L.A. who studies police misconduct. “We should be thinking about how to reduce the harm, not just pay people.”

Systemic reforms include making it easier for departments to fire bad cops and for the public to see clearly how misconduct cases get handled, as well as more aggressive federal oversight of police departments that fail or refuse to fix their own cultures of impunity.

In the meantime, ending qualified immunity has become that rarely seen phenomenon in modern American politics: a bipartisan effort. Both conservative and liberal groups have pushed for its reform or abolition. At the Supreme Court, it’s not just liberal justices like Sonia Sotomayor who see how harmful it is. Justice Clarence Thomas, who normally resides at the opposite end of the ideological spectrum, has also called for revisiting the doctrine.

The Supreme Court started this mess, and it could just as easily end it. But despite a few recent cryptic opinions, meaningful reform doesn’t appear to be in the cards.

The more immediate solution is legislative. Congress is currently considering the George Floyd Justice in Policing Act, a far-reaching bill addressing racial discrimination and excessive force by law enforcement officers. One provision would eliminate the “clearly established” defense and prevent cops from relying on their own belief that their conduct was lawful. Unfortunately, that has become the bill’s main sticking point, as most Republicans have sided with police unions in opposing any liability for individual officers.

In a potential compromise, Senator Tim Scott, Republican of South Carolina, has offered giving victims of police brutality the ability to sue their local department or municipality. It’s not an ideal fix: Individual accountability depends on individuals being held accountable, and there is no guarantee that being forced to pay victims here and there compels governments to reform their police departments. Still, it’s a step in the right direction. Holding employers liable for the actions of their employees is a basic principle in virtually every other setting, and there’s no reason the police should be exempt. Mr. Scott’s rule would make it easier for victims to get compensated for their suffering, and it would make transparent the reality on the ground right now, which is that governments indemnify their officers in nearly every case.

While Congress debates, state and local governments are moving forward. In the past year, Colorado, Connecticut and New Mexico have all passed laws barring or limiting the use of qualified immunity in certain cases involving police officers. In March, the New York City Council approved a bill that makes it easier for people to sue police officers under local law for unreasonable searches and the use of excessive force, and denies officers the defense of qualified immunity in those cases.

If the rule of law means anything, it means that those sworn to enforce it should not be above it. 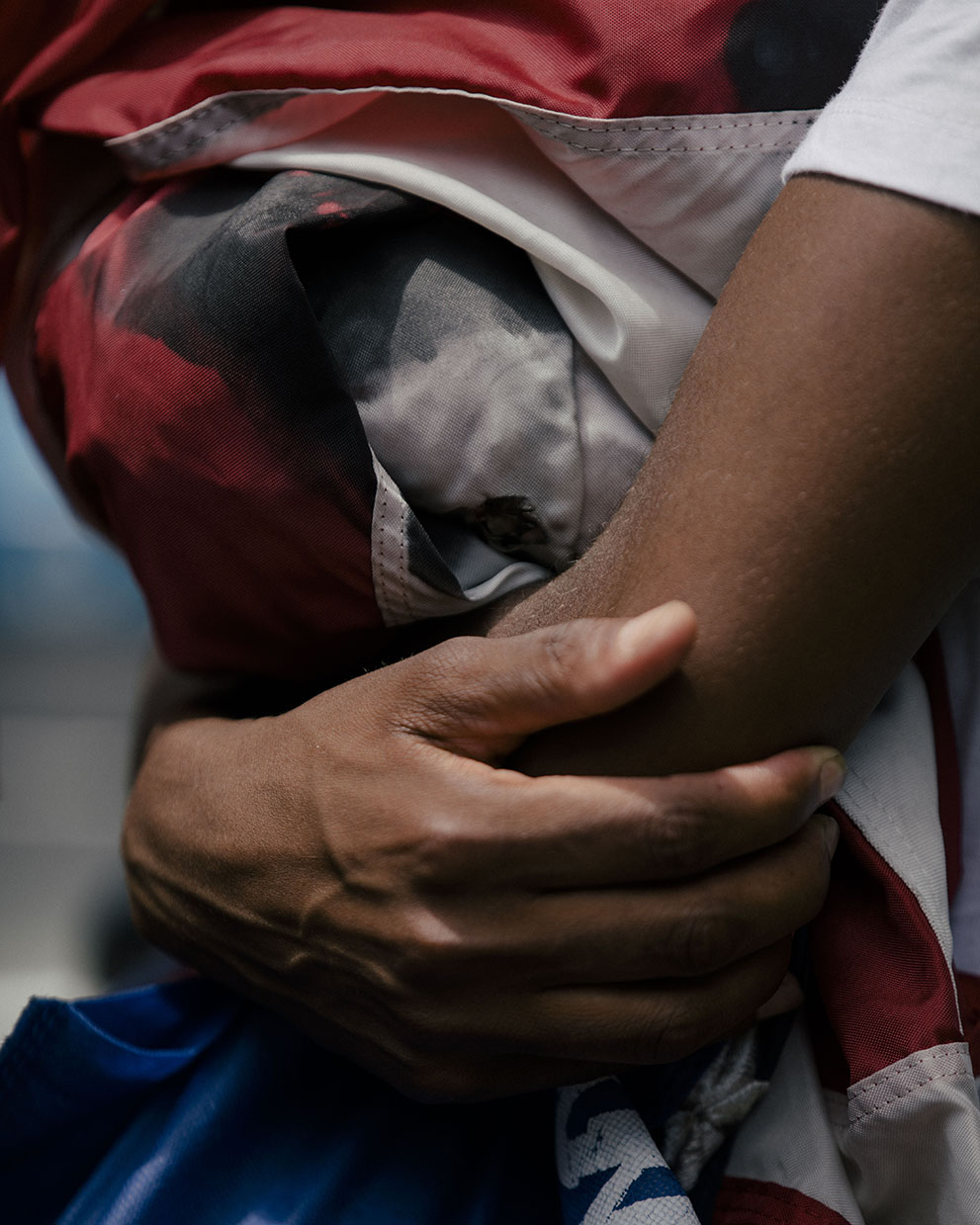