Opinion | Inhalers Don’t Have to Be a Climate Problem 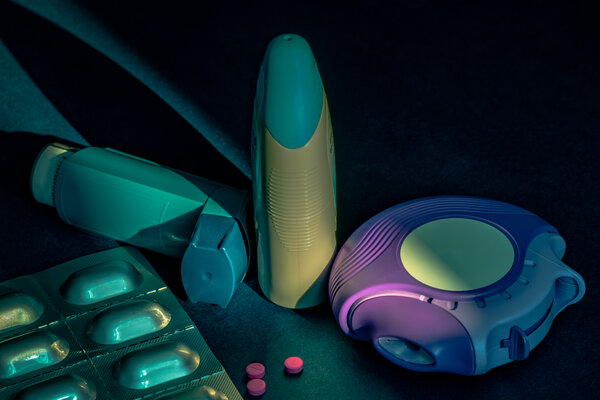 Dr. Rabin is a clinical assistant professor at the University of Michigan. Dr. Furie is a physician and the medical director for climate and sustainability at Brigham and Women’s Hospital.

Drought and extreme heat, both exacerbated by climate change, have paved the way for prime fire conditions across the Western United States. As wildfire season ramps up and smoke re-emerges as a serious health threat, experts are encouraging people to get smoke ready. This includes stocking up on air purifiers and filters and, for those with lung disease at highest risk, refilling medical devices like inhalers.

But what if the very devices used to treat the health effects of climate change are themselves contributing to the crisis?

Such is the case with metered-dose inhalers, which are prescribed to treat two of the most common respiratory diseases in the United States: asthma and chronic obstructive pulmonary disease. These inhalers use hydrofluorocarbon aerosol propellants to help deliver medication into the lungs. The propellants are greenhouse gases that can trap heat roughly 1,500 to 3,600 times as well as carbon dioxide over 100 years.

The good news is there are other inhalers that are effective, are cost-competitive and can contain the same active ingredients but aren’t nearly as damaging to the climate. One type of these devices, known as dry-powder inhalers, are associated with significantly less emissions compared with traditional propellant-based devices. Replacing high-emission inhalers with these or another type of inhaler called soft-mist inhalers could result in better outcomes for patients and the planet.

The contribution of metered-dose inhalers to health care sector greenhouse gas emissions is substantial. Researchers in Britain estimated that they account for 3 to 4 percent of its national health system’s emissions. And the British-based global pharmaceutical giant GSK said that they are responsible for 45 percent of the company’s carbon footprint. Accordingly, there’s been a growing effort in Britain and other European nations to reduce the environmental impact of asthma and C.O.P.D. care resulting from these inhalers.

Despite the fact that in 2020 Americans used roughly 144 million metered-dose inhalers — the greenhouse gas equivalent of driving half a million cars for a year — the United States has generally ignored their contribution to global warming. As we phase down hydrofluorocarbon gases from other sectors of the U.S. economy, the health care industry must do its part.

Sweden uses alternative dry-powder inhalers at a higher rate than the United States while achieving superior outcomes in asthma care. And the Department of Veterans Affairs, which conducts a review of medications when developing its national formulary, has contracted for a preferred dry-powder asthma medication. Yet there is a catch: Some inhaled medications are not yet available in the United States in a dry-powder form or are not covered by insurance.

The U.S. Department of Health and Human Services, which has pledged to reduce carbon emissions in the health sector, could help by encouraging the development and approval of affordable dry-powder inhalers. Creating demand for nonpropellant inhalers would persuade pharmaceutical companies to bring more of them to market. And insurers and hospitals motivated to have an impact on climate change could send a signal by prioritizing low-global-warming inhalers on prescription drug formularies.

The United States could also improve health and reduce environmental repercussions through more effective use of available inhalers. Asthma care here lags other high-income countries’. Black and Native American populations in the United States are more likely than white Americans to have asthma and to experience a disproportionate burden of asthma-related health complications and deaths. The origins of these disparities are related in part to structural racism, greater exposure to air pollution and heat (themselves worsened by climate change) and reduced access to routine care, leading to fewer prescriptions of preventive medications.

Research has found that patients in Britain with poorly controlled asthma have an asthma-care-related carbon footprint roughly three times that of those with well-controlled asthma, likely due to the overuse of propellant-based quick-reliever inhalers and more frequent emergency room visits during asthma attacks. Achieving better asthma control requires treating more patients with inhalers to prevent flare-ups.