Whether you like him or hate him, the president isn’t quite who we thought he was.

By Gail Collins and Bret Stephens

Ms. Collins and Mr. Stephens are opinion columnists. They converse every week. 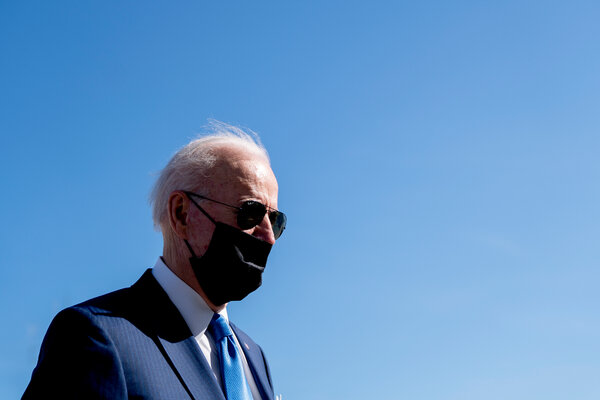 Gail Collins: Bret, last fall we had a brief talk about filibusters and you said you didn’t like the idea of getting rid of them.

Gail: Apologies for leaping back into our conversational history — I hope this blast from the past doesn’t encourage you to check up on everything I ever said. But in this case I am happy to note that when we last talked about it, I proposed that filibusters could be “a future topic without Donald Trump pushing us both to the same side.”

So, any updates on your end?

Bret: I think Democrats will rue the day — probably sooner than they think — if they eliminate the filibuster. First, it will tempt them to try to jam through legislation that might be popular with the liberal base but will lead to another midterm electoral drubbing from Republicans, just like in 2010.

Gail: Well, we might want to discuss that a little bit … But go ahead with your list.

Bret: Second, it will give Republicans that much more power when they next have control of the White House and Congress, which is bound to happen sooner or later.

But I gather you feel differently.

Gail: I’m OK with keeping the old-fashioned version, where somebody had to actually keep talking. Senators decided long ago that they weren’t going to waste their energy. Basically now, you can more or less just say “OK, I’m filibustering” and then go down to the cafeteria for a Coke.

Bret: Yeah, but that would mean being forced to listen to Ted Cruz read “Green Eggs and Ham” from the Senate floor, as he did during a filibuster back in 2013. It would be a case of hearing a book that hopefully won’t be taken out of public circulation from a politician who hopefully will. Sorry, go on.

Gail: Let’s get back to our new president. You’ve been a fan, but by now he should have done or said something to remind you he’s not in your political ballpark. Any particularly egregious examples?

Bret: I say all of this without venom, Gail, because I will forever be grateful to the president for restoring normality and decency to the Oval Office.

Gail: Waiting for: But …

Bret: But I think that his $3 trillion infrastructure plan — coming on top of the $1.9 trillion Covid package — is fiscally reckless. And his failure to acknowledge a migration crisis at the border is politically heedless. And comparing Georgia’s new election laws to a return to Jim Crow is historically and factually clueless. And, well, I’ll stop there.

Gail: Let’s start with Georgia and Jim Crow. We are talking here about the new law that makes it illegal to give water to somebody who’s been waiting in line for hours to vote.

Bret: The law allows poll workers to provide water “from an unattended receptacle,” like a water cooler. The point isn’t to dehydrate voters; it’s to stop electioneering and subtle intimidation at the polls. It expands early voting in most counties, including offering two Sunday voting days. It allows every eligible voter to request a mail ballot, without having to cite a reason. It gets rid of signature matching, which has disproportionately disqualified ballots cast by Black voters. And the changes are being overseen by Brad Raffensperger, the Republican secretary of state, who, just a few months ago, we were all saluting as a national hero for standing up to Trump’s bullying.

My point isn’t to defend every jot and tittle of the law. But the comparison to Jim Crow strikes me as just a tad overblown.

Gail: Bottom line is that politicians want rules that make voting pleasant for their own supporters but maybe not quite so much for the other side. The problem with Republicans is that their non-supporters tend to include most poor and minority voters.