Opinion | Liz Cheney, Break Away and Form a New Party 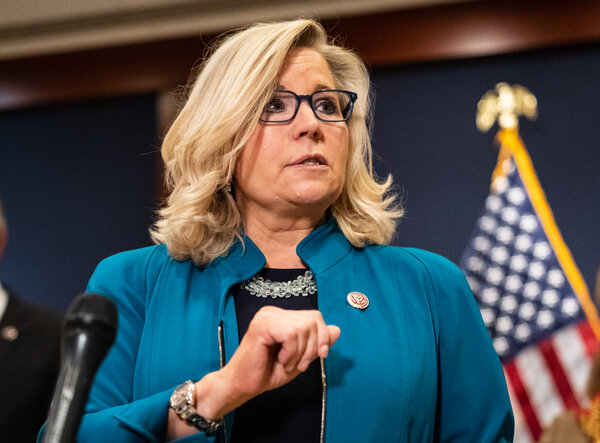 The Republican Party, by taking this action, highlights the fact that there is no room for those who are not extremists in the party. Why don’t Representative Liz Cheney and other independent Republicans form a new party?

A new party made up of moderate Republicans and independent conservatives would offer voters who disapprove of the last four years a legitimate alternative.

Republicans decry liberal “snowflakes” and “cancel culture,” but they are so sensitive to hearing the truth about the Jan. 6 Capitol insurrection stated out loud that they are about to strip Liz Cheney from her leadership position in the House of Representatives.

I am no fan of her politics, but if Senator Mitch McConnell or Representative Kevin McCarthy had a tenth of her guts, our democracy would be much healthier today.

To humanely redress the racial imbalance of admissions to New York City’s elite high schools, the children who want to take the test need to be rigorously prepared. That preparation should entail the city’s providing after-school and weekend training for motivated children.

Unprepared children who are accepted for admission to the schools will suffer emotionally and academically if they are unable to keep up with the demanding requirements. That means these children need to learn how to spend hours organizing, reading, analyzing and thinking.

Not preparing them, and their having to do remedial work once at these schools, would be overwhelming and psychologically defeating for 13-year-olds. That would be unkind.

Jane Taylor
New York
The writer is a graduate of the Hunter College High School class of 1967.

For this Brooklynite, it was the Coney Island boardwalk that helped keep me sane. Biking, walking and seeing people, even at a distance, were empowering.

After a blip of a year, food stands and the rides are now reopening, and that gives me plain old-fashioned hope.