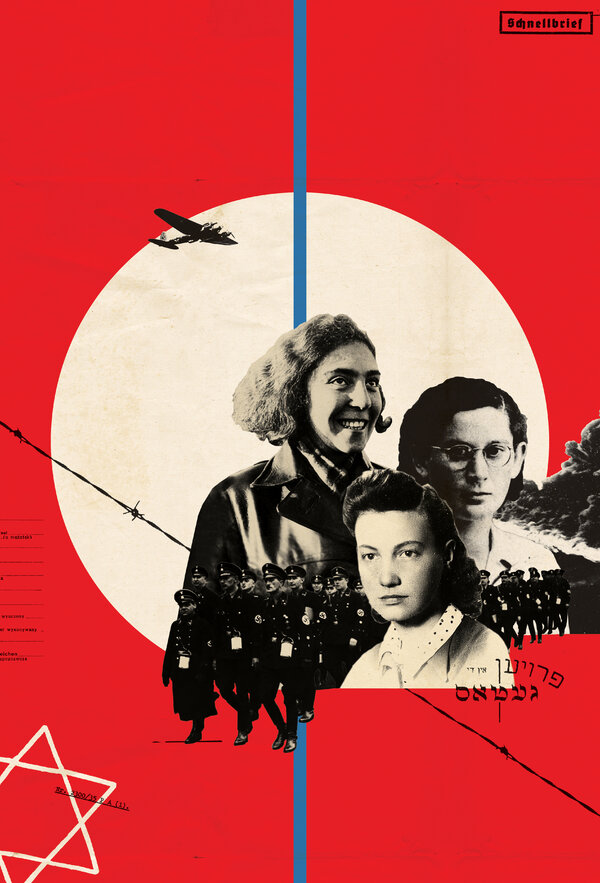 Re “The Women of the Jewish Resistance,” by Judy Batalion (Sunday Review, March 21):

My mother saved her life in 1941 by flirting with the guard at the door of a synagogue that held 100 Jewish people in her town in Lithuania. These included her parents and four younger brothers. They were held there before being taken to be killed in a pit.

My mother figured out a way to involve the guard in conversation, and he ended up asking to meet her outside. The guard turned around and let her out. She never waited to meet him. She ran barefoot into the forest. The next day, she heard the shots that killed her family.

I heard the story as a child. She was saved by a priest and given a Catholic identity.

She mentioned that she had been asked to enter the Partisan group but did not think that she could handle that. She is now almost 100. My father was a Partisan. Many of the acts attributed to women were also carried out by young men, like my father, angry because they lost their families.

Many thanks to Dr. Batalion for echoing the voices of the past.

Like Alex Kingsbury, I, too, have kept a pandemic diary. I started mine on March 11, 2020, when our world stopped. By the time I made my final hope-filled entry one year later, it had reached 162,000 words.

I tried to capture the larger world events, as Mr. Kingsbury did, but also the very personal details as experienced by an 81-year-old white suburban woman. As I reread, I feel again the anxiety as we scrubbed down each item we brought home from the supermarket. But I feel, too, the humor as friends shared notes on pandemic gray hair and we gathered, bundled, masked and distanced, for outdoor Christmas parties.

We lost six close friends during the year. None died from Covid, but each death was infinitely sadder because of canceled funerals and postponed memorial services.

For a year, my diary was my late-night companion, a way to process the horrific headlines of the day. Like Mr. Kingsbury, I find hope now. My husband and I are vaccinated. A pot of daffodils sits on our kitchen table, and, best of all, on March 11, we welcomed a new grandson to this world. Hope indeed.

The Link Between Food and Health Costs

In fact, American consumers spend less on food, as a percent of income, than any nation. But we also spend more on health care than any other country.

Food and health are two parts of one story. Once we start to see our food system as the most effective lever to bring down health care costs, we may be willing to accept higher costs for food. And that could fix both broken systems.

In my lifetime, I’ve owned and stabled 15 horses, ponies and Sicilian donkeys. Do I believe that spending $1,044.47 for two hours standing around in a paddock with a couple of horses, along with a follow-up phone call, will lead to “creating the life you really deserve”? Neigh!