Opinion | Science Is Still in a Race Against the Coronavirus 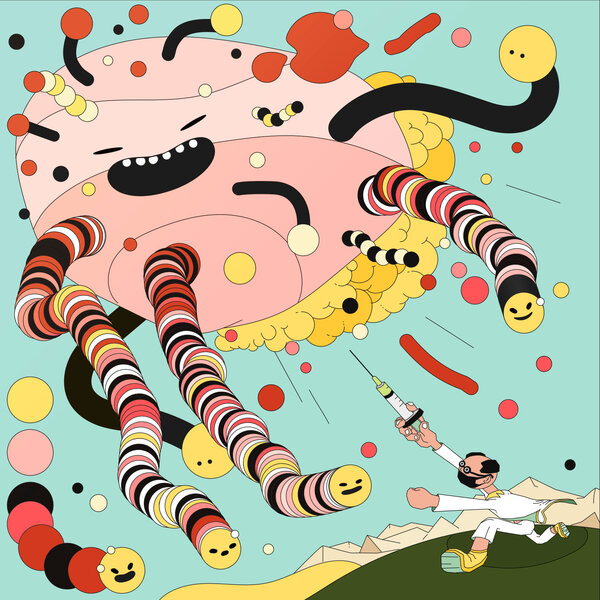 Mr. Quammen is a science writer and the author of the forthcoming book “Breathless: The Scientific Race to Defeat a Deadly Virus.”

The coronavirus, like many other viruses of its ilk (RNA viruses with highly changeable genomes), evolves fast. It has adapted quickly to us. Now arises the crucial question of whether humans and human ingenuity can adapt faster.

Unless the answer is yes, we face a long, doleful future of continued suffering. Some experts reckon the toll of endemic Covid might be somewhere between 100,000 and 250,000 deaths every year, just in the United States. Millions of lives depend on whether human science, human governance and human wisdom can outpace the ingenuity of SARS-CoV-2, a relatively simple but enterprising agent consisting of four structural proteins plus an RNA genome.

Charles Darwin said the mechanisms of evolution never move quickly, but Darwin didn’t know about viruses. “That natural selection will always act with extreme slowness, I fully admit,” he wrote in “On the Origin of Species,” published in 1859. The first virus ever discovered, tobacco mosaic virus, didn’t come to scientific attention until decades later. As evolutionary theory developed from Darwin’s work and throughout much of the 20th century, it drew mostly on evidence from fields such as paleontology, biogeography, embryology and comparative anatomy — visible patterns that can reveal slow changes over long stretches of time. Those data are generally far less useful for measuring evolution when it happens fast.

But we have a new form of evidence for evolution: the sequencing and comparison of genomes. Whiz-bang machines do the sequencing — reading out the genetic code, letter by letter — and powerful computers help do the comparing, and it’s all much faster and cheaper than ever.

Scientists can now track changes, mutation by mutation, in the DNA or the RNA that encodes each creature’s genetic instructions, watching and measuring as some of those mutations, the few that just happen to be useful, spread through a population. They can assemble a portrait-in-motion of even the fastest-evolving creatures, such as bacteria and viruses. When the bacteria or viruses happen to be pathogens that can infect humans, this discipline is called genomic epidemiology.

Among the pioneers of genomic epidemiology is Sharon Peacock, professor of public health and microbiology at the University of Cambridge as well as executive director of the Covid-19 Genomics UK Consortium. It’s a group of public health agencies and research institutions founded in April 2020 to sequence and analyze genomes of the new coronavirus. At this point, the contribution by labs in Britain accounts for almost 2.8 million of the globally reported SARS-CoV-2 sequences, about 23 percent of the world’s total.

Dr. Peacock, and those who helped her establish and fund this effort, recognized early that genomic information could be crucial to the pandemic response. But just gathering sequences and making them available to other scientists is not enough. That’s genomics without epidemiology — the application of population-level knowledge to public health.

“If you’re talking about speed,” Dr. Peacock told me recently, “the key thing is to think of the whole pipeline from start to finish.” What she meant by “pipeline” is a chain of physical steps (such as sampling a patient), laboratory processes (such as extracting viral genetic material and sequencing that virus’s genome) and analysis (interpreting the differences between one genome and another). They yield insights that can inform both clinical treatment of individuals and protection of the populace.

Hardware tools are important to such work. Software is also crucial. During the first year of the Covid-19 pandemic, a young graduate student named Áine O’Toole, along with other members of Andrew Rambaut’s lab at the University of Edinburgh, developed a tool called PANGOLIN (Phylogenetic Assignment of Named Global Outbreak Lineages). It became one of the go-to systems for placing new genomes on the SARS-CoV-2 family tree, assigning them rational if unmemorable labels (such as B.1.1.7), and contextualizing new variants of the virus when they emerged.

It was Dr. Rambaut, Dr. O’Toole and their lab colleagues who helped spot and track the first major variant, now called Alpha, when it appeared in southeastern England, moving toward London, in autumn of 2020. One year later, scientists in South Africa and Botswana, sequencing samples from travelers, detected another rising variant, named Omicron.

Such quick detection of variants is enormously valuable, but only if the data are transformed promptly into clear, actionable guidance. “We still have the important gaps in getting it into the clinic,” Dr. Peacock said. These gaps include making it easy for public health and medical personnel not trained in sequencing to use the data and the willingness of health care providers like hospitals to finance such work. “At the moment, the majority of sequencing beyond Covid-19 is funded by public health agencies and research funding,” Dr. Peacock said.

That hasn’t changed since 2014, when Pardis Sabeti, a computational geneticist at Harvard University, led a team of genomic scientists responding to the horrific Ebola virus outbreak in West Africa. They sequenced 99 genomes of the virus, sampled from patients at a hospital in Sierra Leone. Comparing sequences revealed that all those cases most likely resulted from human-to-human transmission, rather than from spillovers from a wildlife host.

The West Africa outbreak ended after more than 28,000 Ebola cases and 11,000 deaths, by which point genomic epidemiology had proved its value by revealing how the virus was spreading. With Covid-19, there have been 589 million known cases and more than six million deaths so far. The new discipline is scarcely able to keep up, let alone get ahead of the virus. Sarah Cobey, an evolutionary biologist at the University of Chicago who works at the juncture of immunology, viral evolution and epidemiology, sees “gaping holes” in the genetic surveillance of Covid-19.

“Even though we do have lots and lots of sequences, they are disproportionally from a few locations,” Dr. Cobey told me. During the first year of the pandemic, Britain, New Zealand, Australia and Iceland were among the countries that sequenced a high share of cases. The Netherlands and the Democratic Republic of Congo were also notable for prompt sequencing. As the pandemic progressed, scientists in South Africa mounted an important sequencing effort (as reflected in the detection first of the Beta variant, then of the Omicron), and coverage improved also in Canada and Scandinavia. Other parts of the world remain “blind spots,” Dr. Cobey said.

The sad but not surprising fact is that high-income countries sequenced 16 times more coronavirus genomes as a proportion of cases than low- and middle-income countries. Money is a limiting factor, but not just money. “I think the fundamental problem is really lack of scientific leadership to coordinate this kind of data gathering,” Dr. Cobey said. Few countries have had their Sharon Peacock, or political leadership to heed and support the scientific leaders.

The world needs that leadership, broadening and paying for sequencing surveillance of this coronavirus and its changes, everywhere the virus goes. But we need much more, as Dr. Cobey and Dr. Peacock and other scientists warn.

We need ambitious seroprevalence studies (screening of blood samples for evidence of past infection) that will help scientists learn how many undetected infections have occurred. What’s the real case total in each country and around the world? We need farsighted and well-funded research on vaccine platforms that can be quickly adapted for use against whole classes of newly emerged pathogens, not just hurried efforts to create a booster for the latest variant. We need a universal coronavirus vaccine and a universal influenza vaccine, although neither — given the formidable capacity of those viruses to evolve — may be achievable.

More simply, we need temperature-stable and needle-free vaccines that can reduce the problems of vaccine refusal in high-income countries and vaccine unavailability in low-income countries that are hot. We need better antiviral drugs, even for rare but dangerous viruses (such as Nipah virus), entailing development efforts that may never be profitable for pharmaceutical companies.

Even more simply, as Dr. Cobey noted, we need investments toward much better ventilation and air filtration in our public buildings, reducing the spread of the coronavirus and other airborne pathogens. That’s not scientifically exciting, she conceded; it’s just important and cost-effective.

The evolutionary journey of this coronavirus has been grim and awesome. Arguably, the measured transformations of SARS-CoV-2 over the past 31 months, from the original strain to the subvariants of Omicron, provide one of most precise pictures of swift evolution at a global scale in the wild. In the wild: that is, not in beakers and flasks, not in laboratories, but in us. Evolution deniers, take note.

All of us should take note. We have 12 million snapshots of this thing in motion — which is enough, at the standard cinema projection rate of 24 frames per second, to make a movie of SARS-CoV-2 evolution 138 hours long. But because evolutionary biology is a descriptive science, not a predictive one, we still don’t know how the story might end. Probably it doesn’t end at all. And the genomic epidemiologists, as smart as they are, can’t save us from what’s still coming. We have to save ourselves.

David Quammen is a science writer. His forthcoming book, “Breathless: The Scientific Race to Defeat a Deadly Virus,” will be published in October.