Home » Analysis & Comment » Opinion | Should Biden Emphasize Race or Class or Both or None of the Above?

Opinion | Should Biden Emphasize Race or Class or Both or None of the Above? 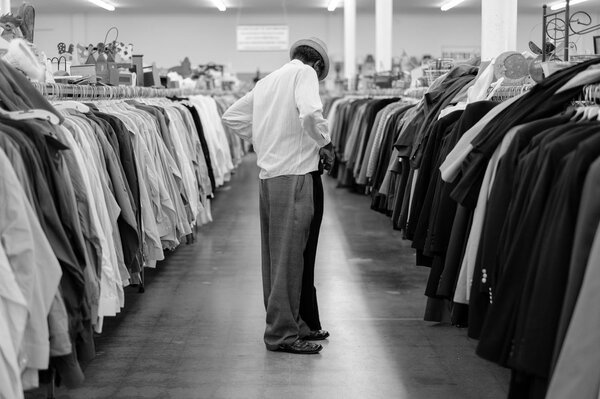 By Thomas B. Edsall

Should the Democratic Party focus on race or class when trying to build support for new initiatives and — perhaps equally important — when seeking to achieve a durable Election Day majority?

The publication on April 26 of a scholarly paper, “Racial Equality Frames and Public Policy Support,” has stirred up a hornet’s nest among Democratic strategists and analysts.

The authors, Micah English and Joshua L. Kalla, who are both political scientists at Yale, warned proponents of liberal legislative proposals that

Despite increasing awareness of racial inequities and a greater use of progressive race framing by Democratic elites, linking public policies to race is detrimental for support of those policies.

The English-Kalla paper infuriated critics who are involved in the Race-Class Narrative Project.

The founder of the project, Ian Haney López, a law professor at Berkeley and one of the chairmen of the AFL-CIO’s Advisory Council on Racial and Economic Justice, vigorously disputes the English-Kalla thesis. In his view, “Powerful elites exploit social divisions, so no matter what our race, color or ethnicity, our best future requires building cross-racial solidarity.”

In an email, López wrote me that the English and Kalla study

seems to confirm a conclusion common among Democratic strategists since at least 1970: Democrats can maximize support among whites, without losing too much enthusiasm from voters of color, by running silent on racial justice while emphasizing class issues of concern to all racial groups. Since at least 2017, this conclusion is demonstrably wrong.

English and Kalla, for their part, surveyed 5,081 adults and asked them about six policies: increasing the minimum wage to $15; forgiving $50,000 in student loan debt; affordable housing; the Green New Deal; Medicare for All; decriminalizing marijuana and erasing prior convictions.

Participants in the survey were randomly assigned to read about these policies in a “race, class, or a class plus race frame,” English and Kalla write.

Those given information about housing policy in a “race frame” read:

A century of housing and land use policies denied Black households access to homeownership and neighborhood opportunities offered to white households. These racially discriminatory housing policies have combined to profoundly disadvantage Black households, with lasting, intergenerational impact. These intergenerational impacts go a long way toward explaining the racial disparities we see today in wealth, income and educational outcomes for Black Americans.

Those assigned to read about housing policy in a “class frame” were shown this:

Housing is the largest single expense for the average American, accounting for a third of their income. Many working-class, middle-class, and working poor Americans spend over half their pay on shelter. Twenty-one million American families — over a sixth of the United States — are considered cost-burdened, paying more for rent than they can afford. These families are paying so much in rent that they are considered at elevated risk of homelessness.

English and Kalla found that

Among independents — a key swing group both in elections and in determining the levels of support for public policies — English and Kalla found “positive effects from the class frame and negative effects from both the race and class plus race frames.”

A late February survey of 1,551 likely voters by Vox and Data for Progress produced similar results. Half the sample was asked whether it would support or oppose zoning for multiple-family housing based on the argument that

say that this will drive economic growth as more people will be able to move to high opportunity regions with good jobs and will allow more Americans the opportunity to get affordable housing on their own, making it easier to start families.

The voters to whom the racial justice message was given were split, 44 in support, 43 in opposition, while those who were given the economic growth argument supported multiple-family zoning 47-36.

López founded the Race-Class Narrative Project along with Anat Shenker-Osorio, a California-based communications consultant, and Heather McGhee, a former president of Demos, a liberal think tank and author of the recent book, “The Sum of Us: What Racism Costs Everyone and How We Can Prosper Together.”

I asked López about the English-Kalla paper. He was forthright in his emailed reply:

As my work and that of others demonstrates, the most potent political message today is one that foregrounds combating intentional divide-and-conquer racial politics by building a multiracial coalition among all racial groups. This frame performs more strongly than a class-only frame as well as a racial justice frame. It is also the sole liberal frame that consistently beats Republican dog whistling.

Shenker-Osorio faulted English and Kalla’s work for being “unsurprising”:

Testing the effectiveness of messages on controversial issues, Shenker-Osorio continued, has to be done in the context of dealing with the claims of the opposition:

Politics isn’t solitaire and so in order for our attempts to persuade conflicted voters to work, they must also act as a rebuttal to what these voters hear — incessantly — from our opposition. A class-only message about, say, minimum wage, held up against a drumbeat of “immigrants are taking your jobs” or racially-coded caricatures of who is in minimum wage jobs doesn’t cut through. Neither does a message about affordable housing credits or food stamps when the opposition will just keep hammering home the notion of “lazy people” wanting “handouts.”

Unless Democrats explicitly address race, Shenker-Osorio wrote, millions of whites, flooded with Republican messages demonizing minorities, will continue to be

primed to view government as taking from “hard working people” (coded as white) and handing it to “undeserving people” (coded as Black and brown). If we do not contend with this basic fact — and today’s unrelenting race baiting from the right — then Nixon’s “Southern Strategy” will simply continue to haunt us. In other words, if the left chooses to say nothing about race, the race conversation doesn’t simply end. The only thing voters hear about the topic are the lies the right peddles to keep us from joining together to demand true progressive solutions.

The Race-Class Narrative Project, which has conducted extensive surveys and focus groups, came to the conclusion that race could effectively be addressed in carefully worded messages.

No matter where we come from or what our color, most of us work hard for our families. But today, certain politicians and their greedy lobbyists hurt everyone by handing kickbacks to the rich, defunding our schools, and threatening our seniors with cuts to Medicare and Social Security. Then they turn around and point the finger for our hard times at poor families, Black people, and new immigrants. We need to join together with people from all walks of life to fight for our future, just like we won better wages, safer workplaces, and civil rights in our past.

The race-class project also tested the efficacy of a class only message — “We need elected leaders who will reject the divide and conquer tactics of their opponents and put the interests of working people first” — versus a race and class message that simply added the phrase “whether we are white, Black or brown” to read:

We need elected leaders who will reject the divide and conquer tactics of their opponents and put the interests of working people first, whether we are white, Black or brown.

I asked Shenker-Osorio how well she thinks Biden is doing when he talks about race:

It’s definitely hit or miss. Sometimes he uses what I shorthand as “dependent clause” messaging where you name race after you’ve laid out an economic problem or offered an economic solution — e.g. “It’s getting harder for people to make ends meet, and this impacts [X Group] in particular.” This doesn’t work. For many people of color, this feels like race is an afterthought. For many whites, it feels like a non sequitur.

At other times, Shenker-Osorio continued, Biden

does what we’ve seen work: begin by naming a shared value with deliberate reference to race, describe the problem as one of deliberate division or racial scapegoating, and then close with how the policy he is pushing will mean better well-being or justice or freedom for all working people.

In partial support of the Shenker-Osorio critique, Jake Grumbach, a political scientist at the University of Washington, emailed me to say:

The English and Kalla survey experiment was done in a particular context that did not include Republican messaging, media coverage and imagery, and other content that “real-world” politics cannot escape. If Republicans use race, whether through dog whistles or more overt racism, then it might be the case that Democratic “class only” appeals will fall flat as voters infer racial content even when Democrats don’t mention race.

Another “important piece of context,” Grumbach wrote, “is that Biden is an older white man, which, research suggests, makes his policy appeals sound more moderate to voters than the actually more moderate Obama proposals.”