Home » Analysis & Comment » Opinion | Should We Fear Bitcoin, or Celebrate It?

Opinion | Should We Fear Bitcoin, or Celebrate It? 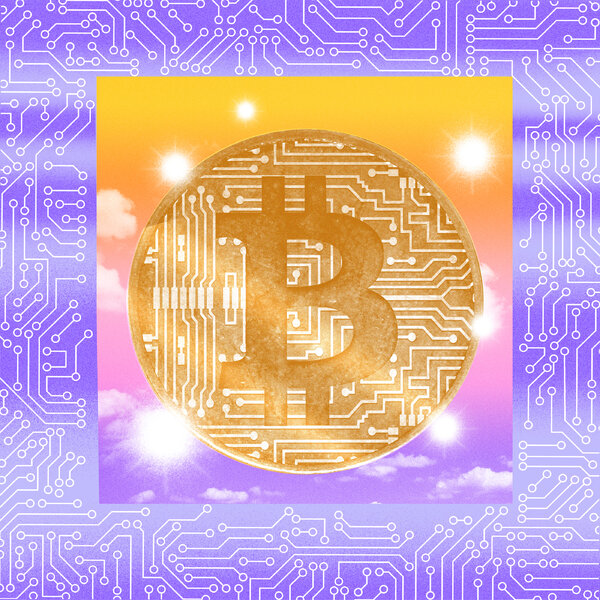 Re “Bitcoin Cosplay Is Getting Real,” by Binyamin Appelbaum (Sunday Review, Sept. 19):

What a sad and sour portrait Mr. Appelbaum paints of Bitcoin.

In their brief existence, cybercurrencies like Bitcoin have grown into a $2 trillion market (about the same size as Apple), spawned entire new industries (non-fungible tokens, cybermining), led to a flurry of innovation, and created a cadre of millionaires and billionaires.

Financial firms, central banks, regulators, systems designers, investors and national governments are all rethinking — as they must — the ways in which blockchain-based currency technologies are changing the world around them.

Mr. Appelbaum sees none of the excitement and potential of such a massively disruptive innovation. Instead, he hauls out the tired comparison of Bitcoin to the Dutch tulip craze in the 1600s. Four hundred years later tulips are thriving as a robust part of Holland’s economy. We won’t need to wait that long to learn if Bitcoin will stand the test of time, but its growth and institutionalization in the space of just a few years strongly suggest that it’s here to stay.

David Sarokin
Washington
The writer is the author of “The Corporation: Its History and Future.”

Blockchain is best understood as a worldwide criminal enterprise masquerading as an economic bubble. Digital blockchain tokens have no legitimate use, but they have plenty of illegitimate ones.

While the people profiting off these sketchy transactions are now trying to buy political influence and mainstream media coverage, we can only hope governments will eventually see through their charade and criminalize cryptocurrency’s manufacture and use. Until this happens we should expect blockchain-enabled fraud and criminality to get worse and worse until, like a boil, it ruptures.

William Gerhardt
Princeton, N.J.
The writer is a technology consultant.

Cryptocurrency has the potential to revolutionize international commerce. According to the World Bank, it can take several days for corporations and individuals to transmit payments cross-border and the average fee is over 6 percent. With Bitcoin, payments can be done in minutes and virtually for free.

Binyamin Appelbaum derides Bitcoin as a volatile commodity that fritters away scarce natural resources while being susceptible to security problems. While this appraisal is largely warranted, there are also significant issues with the leading reserve currency: the American dollar.

Bitcoin and the dollar share a flawed premise. They’re both fiat instruments that presume to create something out of nothing in exchange for tangible wealth.

Re “Federal Regulators Are Racing to Create the First Major Rules on Cryptocurrency” (news article, Sept. 24):

With the Treasury Department now developing rules to govern cryptocurrency, what was once scorned and ridiculed has gained its legitimacy. Congratulations!

But at my age, close to retirement, I have enough problems keeping up with constantly changing technology in my criminal defense practice. I am also math-challenged. Please don’t make me learn a whole new currency system.

What’s next? A regular diet of Acai berries?!

Back in August when I saw images of a tribute to R. Kelly written in chalk outside the federal courthouse in Brooklyn, my heart shattered. Growing up, my friends and I would cover our block in colorful chalk drawings, and I love seeing children doing that today. I couldn’t look past the irony of using a fun childhood pastime to pen a message of support to a man who recruited underage girls for sex.

Like many Black women and girls, I didn’t have faith that R. Kelly would be convicted. His being found guilty on all counts of racketeering and sex trafficking is a bittersweet victory. The victory is for the survivors who sought justice.

Joanne N. Smith
Brooklyn
The writer is the founder and president of Girls for Gender Equity.

Variations on the American Flag

I love the idea and some of the examples that artists provided for a redesign of the U.S. flag. Maybe I am too pessimistic, but I can already hear the cries from people opposing such a change — we can’t change the flag, that’s un-American; it’s always been that way, etc.

My guess is that repealing the Second Amendment would be easier to accomplish.