Opinion | The Jan. 6 Report Is Out. Now the Real Work Begins. 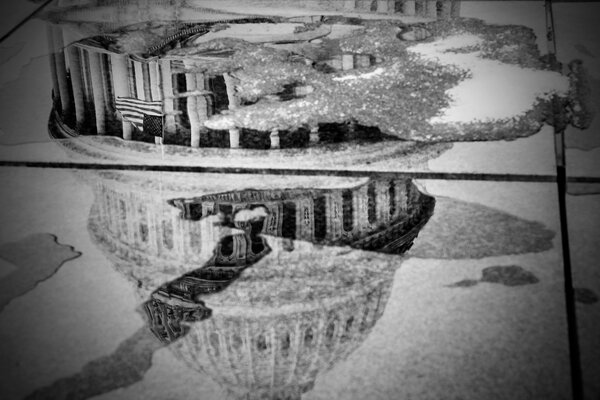 Mr. Zelizer is an editor of the forthcoming book “Myth America: Historians Take On the Biggest Legends and Lies About Our Past.”

Much attention this week has focused on the Jan. 6 committee’s criminal referrals. But in its report, released on Thursday, the committee also has pointed to broad and long-lasting legislative and policy reforms that will be essential if Congress is to prevent further instability of American democracy.

The report comes almost a half-century after another famous report of sorts was completed: the Watergate “road map,” which was passed to the House Judiciary Committee by Leon Jaworski, the special prosecutor.

As the Washington Post reporter Carl Bernstein has said, “the American system worked.” But the system didn’t just correct itself after Watergate — that is a myth that has taken root over the past several decades. And it’s a dangerous myth, in that it creates an illusory sense of confidence whenever America goes through major political and constitutional crises.

As with the Watergate road map, the Jan. 6 report doesn’t put an end to the crisis of American democracy. The report reveals that the attempted coup almost worked. If there had been a handful of different people in key positions of power — from Justice Department lawyers to secretaries of state — the overturning might have been successful. It is all too easy to imagine that next time, things might go differently.

If there is any criticism to be made of the committee’s report, it is that it focuses so much on former President Donald Trump and his accomplices and doesn’t do enough to emphasize the urgent imperative to move forward with institutional reforms to protect America’s election system.

When I look back at Watergate, what I see is not a self-correcting constitutional system. Rather, I see an era when a reform coalition of legislators, organizations and journalists took it upon themselves to try to fix the institutional problems that had enabled President Richard Nixon to do the bad things that he did — not just his campaign’s involvement in the break-in at the Democratic National Committee headquarters, but also the broader abuses of executive power that were part of what the historian Arthur Schlesinger Jr. called the “imperial presidency.” The reforms that followed required sustained effort, and they didn’t happen quickly: It took almost a decade to set in place a suite of laws to deal with the toxic foundation of Nixon’s presidency.

This response to Watergate was not inevitable. Reform depended on the establishment or expansion of a robust network of organizations, including Common Cause and Congress Watch. Those organizations insisted that legislation creating stronger checks on the executive branch, strengthening Congress and imposing laws to make it easier to hold officials accountable were the only ways to check bad behavior.

The “Watergate Babies” elected in the 1974 midterm elections devoted political capital toward reform. A young generation of investigative journalists were inspired by The Washington Post’s Bob Woodward and Carl Bernstein, who doggedly exposed corruption. This coalition lobbied legislators, kept media attention focused on these issues and nurtured electoral pressure.

As a result of their efforts, there was a burst of legislation that attempted to constrain the executive branch. Some bills aiming to restore the balance of power, such as the War Powers Resolution of 1973 and the Congressional Budget and Impoundment Control Act of 1974, passed as Nixon’s scandals were still unfolding.

The rest came after Nixon flew away in a helicopter. The amendment of the Federal Election Campaign Act in 1974 built on the original 1971 law’s disclosure requirements by establishing the Federal Election Commission, imposing tighter contribution limits for federal campaigns and creating a system of publicly financed presidential campaigns. The Foreign Intelligence Surveillance Act of 1978 established clear-cut rules on when intelligence agencies could conduct surveillance on American citizens and created a court process to oversee surveillance requests. The Ethics in Government Act of 1978 put into place tighter financial disclosure rules on public officials as well as prohibitions on lobbying. The package included the Independent Counsel Law, which established a special prosecutor to investigate corruption in the executive branch. The Presidential Records Act of 1978 deemed that the records of the White House were the property of the government and fell under the control of the National Archives and Records Administration.

Many of these reforms were flawed, while others eroded over time. In 1976, for example, the Supreme Court ruled that the campaign spending limits were unconstitutional. In 1999, Democrats and Republicans allowed the law authorizing independent prosecutors to expire.

But those problems should not eclipse the ways that reforms curbed some of the most egregious abuses of power and imposed tougher standards for executive branch officials. Without a Federal Election Commission or financial disclosure rules, our politics would be much more impoverished.

The problems that the Jan. 6 report highlights are different in nature from the problems during Watergate. Though addressing abuses of executive power, the Jan. 6 report reveals how our flawed election system creates opportunities to subvert the democratic process. And recreating the kind of coalition that was central to the post-Watergate period will be challenging. Republicans, who control the House, have doubled down on election denialism and voter restrictions. It’s difficult these days for Congress to pass a budget, let alone major reform legislation. Anti-democratic forces benefit from a conservative media ecosystem that propagates disinformation and conspiracy theories.

But Democrats and reasonable Republicans have to play the long game, as reformers did after Watergate, by revising proposals, keeping public attention on the issue and being prepared to move forward on legislation when the next opportunity emerges. The good news is that there now exists a wide array of groups, such as Common Cause and the Brennan Center for Justice, working on these issues. Moreover, the radicalized Republican Party ensures that the threats won’t disappear from public attention.

Six reforms are most pertinent. First, as the Jan. 6 committee recommended, Congress has passed the bipartisan Electoral Count Reform Act, which is part of the omnibus spending legislation. The bill clarifies that vice presidents cannot change the electoral count and would make it more difficult for the House or Senate to object to the electors. This is a good start. But further changes are needed. More legislation should prevent state governments from changing rules after elections happen and stop partisan state officials from interfering in elections.

Third, as the committee recommends, Congress needs to impose stronger penalties on those who threaten election officials and the peaceful transfer of power. The Jan. 6 report makes important recommendations to strengthen the enforcement of the 14th Amendment’s restriction of people who “have engaged in insurrection or rebellion against the same, or given aid or comfort to the enemies thereof” from holding elected office. While this of course means Mr. Trump, the “formal mechanism for evaluating whether to bar” individuals that the committee proposes can become a mechanism for punishing those who threaten our democracy in the future.

Related to that, the committee proposes that the joint session of Congress where the electoral votes are counted be designated as a national special security event with the appropriate protections.

Fourth, the committee proposes strengthening the ability of Congress to enforce its subpoenas, a change that would give the legislative branch greater muscle.

But the Jan 6. recommendations are only the start. Congress must also pass legislation restoring federal protections of the right to vote, the bulwark of any functional democratic system.

Finally, Congress needs to renew efforts to stem the flow of private money into elections, a key source of distrust in politics, to stem the reversals that we have seen with the Watergate-era reforms.

The worst effect of the Watergate myth of self-correction would be that Congress does nothing beyond the reforms that recently passed, assuming the problems outlined in the Jan. 6 report will fix themselves. Optimists mistakenly argue that a few more midterm elections like 2022’s and the failure of Mr. Trump’s re-election campaign are all that’s needed for the country to return to normal.

That mentality would keep the nation spiraling down a dangerous path, always one step away from another Jan. 6. Watergate taught us not to sit on our hands. It was the story of a coalition that fought tooth and nail for reforms that would make it difficult for another Nixon to succeed. Without those corrections, we would live in a political world that is even more broken than it is today.