Home » Analysis & Comment » Opinion | The Single-Party Curse Is Real. Can Democrats Defy It?

Opinion | The Single-Party Curse Is Real. Can Democrats Defy It? 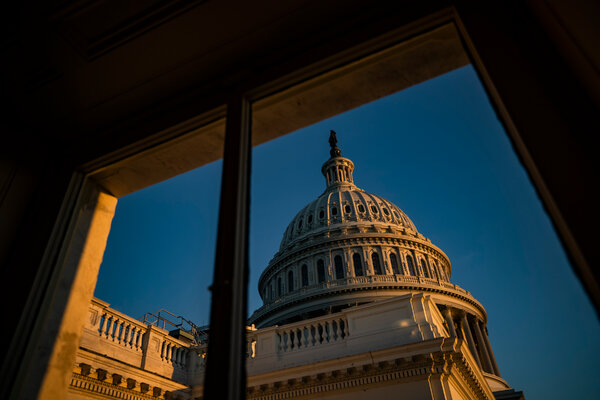 Professors Curry and Lee are the authors of “The Limits of Party: Congress and Lawmaking in a Polarized Era.”

Despite party control of Congress and the presidency, Democrats are still struggling to enact their agenda. The ballyhooed bipartisan infrastructure deal is stuck in the House, and the sweeping $3.5 trillion reconciliation package has been the source of bitter disputes among party members.

The Biden administration set out with hopes for big, bold change — “transformational” was the word in the winter and into spring. But in autumn, “disarray” is ubiquitous.

We are not surprised that one-party control has not enabled Democrats to swiftly or easily move their agenda. Our research shows that Parties with unified control in Washington routinely fail to enact many of their highest priorities. They are typically forced to accept significant compromises to pass any of their agenda items.

That has been true in every recent case when a party held unified control of government. In 2017, a Republican failure to reach intraparty consensus resulted in a striking collapse — punctuated by John McCain’s thumbs-down — of the party’s efforts to repeal and replace Obamacare. Later that year, Republican leaders had to scale back their visions for tax reform to pass the Tax Cuts and Jobs Act. In 2010, significant disagreements within the Democratic Party undermined and ultimately dashed their plans for a cap-and-trade program to combat climate change. To get the Affordable Care Act across the finish line, many Democrats had to accept a bill that fell short of their aspirations — the failure to establish a public insurance option still stings many liberals.

Why do unified majorities in Washington struggle and often fail to enact their agendas? In our research, we tracked the successes and failures of majority parties in Congress on their policy goals from 1985 through 2018 (265 agenda items in total). The study covers the last several periods of unified party government in Washington — those that occurred during the presidencies of Bill Clinton, George W. Bush, Barack Obama and Donald Trump.