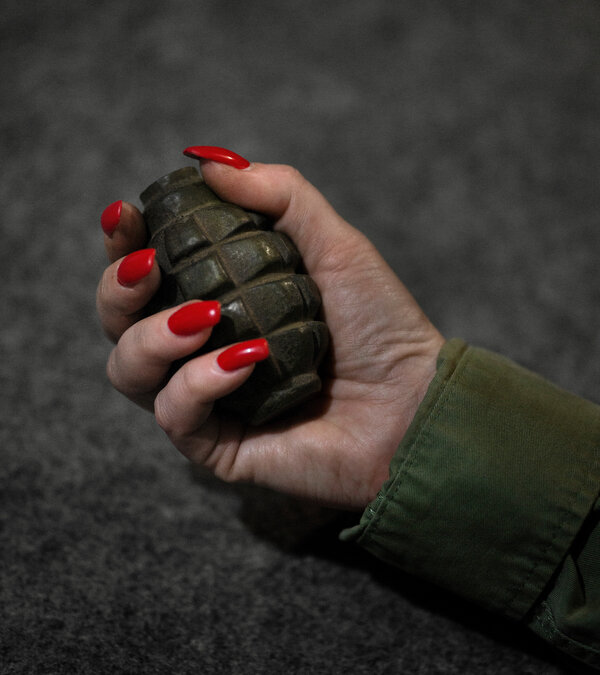 On Aug. 29 Tucker Carlson of Fox News attacked President Biden’s policy on Ukraine, asserting among other things: “By any actual reality-based measure, Vladimir Putin is not losing the war in Ukraine. He is winning the war in Ukraine.” Carlson went on, by the way, to assert that Biden is supporting Ukraine only because he wants to destroy the West.

Carlson’s timing was impeccable. Just a few days later, a large section of the Russian front near Kharkiv was overrun by a Ukrainian attack. It’s important to note that Putin’s forces weren’t just pushed back; they appear to have been routed. As the independent Institute for the Study of War reported, the Russians were driven into a “panicked and disorderly retreat,” leaving behind “large amounts of equipment and supplies that Ukrainian forces can use.”

The Russian collapse seemed to validate analyses by defense experts who have been saying for months that Western weapons have been shifting the military balance in Ukraine’s favor, that Putin’s army is desperately short on quality manpower and that it has been degraded by attrition and missile attacks on its rear areas. These analyses suggested that Russian forces might eventually reach a breaking point, although few expected that point to come so soon and so dramatically.

To be fair to Carlson and other right-wing cheerleaders for Putin, they aren’t the only people clinging to delusions of Russian success. There’s a whole school of self-styled “realists” who considered Ukrainian resistance to Russia futile and who, despite the failure of Putin’s initial assault, have spent the past six months calling on Ukraine to make big concessions to supposedly superior Russian power.

But there’s something special about the MAGA embrace of the mystique of Russian might: a worldview that equates tough-guy swagger with effectiveness. This worldview has warped the right’s perception not just of the Russian Army but also of how to deal with many other issues. And it’s worth asking where it comes from.

Many Republicans have admired Putin for a long time — even before Donald Trump took over the G.O.P. Back in 2014, for example, Rudy Giuliani said of Putin, “That’s what you call a leader.” And Trump continued to praise Putin even after he invaded Ukraine.

So it’s not hard to see where the MAGA right’s admiration for Putinism comes from. After all, Putin’s Russia is autocratic, brutal and homophobic, with a personality cult built around its ruler. What’s not to like?

Yet admiring a regime’s values needn’t mean having faith in its military prowess. As a center-left advocate of a strong social safety net — or, as Republicans would say, a Marxist (which, of course, I’m not) — I think highly of Nordic welfare states like Denmark. But I have no opinion whatsoever about the effectiveness of Denmark’s army (yes, it has one).

On the right, however, approval of authoritarian regimes is all bound up with assertions about their military prowess. For example, last year Ted Cruz tweeted about a video comparing scenes of a tough-looking Russian soldier with a shaved head with a U.S. Army recruiting video featuring a female corporal raised by two mothers. “Perhaps a woke, emasculated military is not the best idea,” opined Cruz.

Actually, the U.S. military is sort of woke, in the sense that it is highly diverse and inclusive, encourages independent thinking and initiative on the part of junior officers and is, at the higher levels, quite intellectual.

The Russian Army, on the other hand, definitely isn’t woke. Conscripts face brutal hazing. According to Mark Hertling, a former commander of U.S. forces in Europe, it’s riddled with “mafialike” corruption and its officers are terrible.

The broader point is that modern wars aren’t won by looking tough. Courage — which the Ukrainians have shown in almost inconceivable abundance — is essential; but it doesn’t have much to do with bulging biceps. And bravery must go hand in hand with being smart and flexible, qualities the Russian Army evidently lacks.

Did I mention that women make up more than a fifth of Ukraine’s military?

The import of all these factors should be obvious. Modern war is like the modern economy (with an additional element of sheer terror, but still): Success depends more on skill, knowledge and openness to ideas than on muscle power. But the MAGA ethos is all bound up with exaltation of tough talk and denigration of expertise. (Prosecute Anthony Fauci!) The American right needed to see Putin as a leader made powerful by his rejection of liberal values; admitting that Russia has proved that it isn’t a great power would call the whole MAGA philosophy into question.

The result is that the war, while it is of course overwhelmingly a fight for Ukrainian freedom, has also, weirdly, become a front in America’s cultural and political wars.

There’s growing speculation about what will happen inside Russia if the invasion of Ukraine ends in outright defeat. But you also have to wonder how the U.S. right will handle the revelation that sometimes tough guys finish last.