FRANKFURT/DUESSELDORF (Reuters) – Siemens Energy, the power division being spun off from parent Siemens (SIEGn.DE) next month, plans to close plants in an effort to raise margins, a person close to the company said. 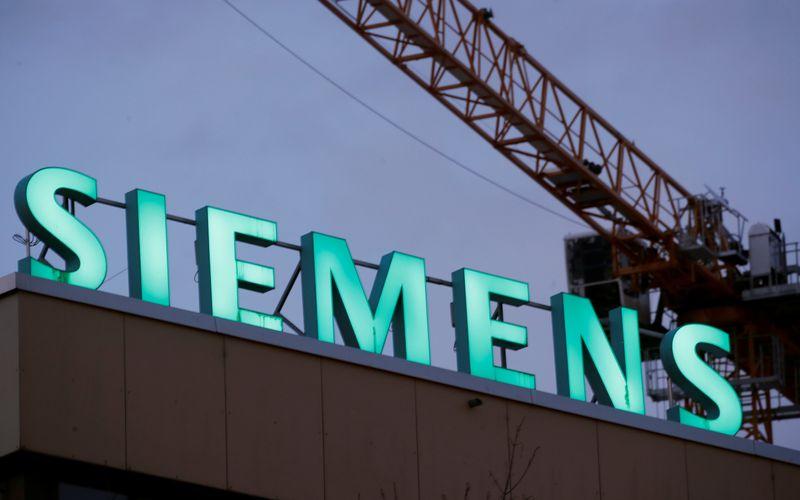 “Production sites will be shut down,” the person said, adding Siemens Energy currently has around 75 factories globally that employ more than 50 staff each.

The person said the company in some instances needed up to six production sites to put together and test certain components, adding this was too much.

With 91,000 employees currently and annual sales of 29 billion euros ($34 billion), Siemens Energy hopes to thrive on the global shift towards renewables, while also arguing that fossil-fuel based technology will still be needed for decades.

It will not adopt the so-called Radolfzell II agreement struck between German unions and its parent, which requires union consent in the event of site closures and forced layoffs, the person said.

“There are no location guarantees,” the source said.

A Siemens Energy spokesman said the group would start talks with labour representatives to explore what a common approach could look like, without elaborating.

“Learning of possible reductions from press reports four weeks prior to the start is absolutely unacceptable,” said Juergen Kerner, chief treasurer of the IG Metall union and member of Siemens’ supervisory board.

“At Siemens these things are usually handled better in the spirit of sound compromise.”

Siemens AG is spinning off 55% of the energy unit, which makes gas turbines, transmission systems and owns a 67% stake in wind turbine maker Siemens Gamesa (SGREN.MC). It will retain a direct stake of 35.1%, with the Siemens Pension-Trust owning the rest.

Siemens has said it wants to significantly reduce its holding within 12-18 months of the listing, slated for Sept. 28. Chief Executive Joe Kaeser, who will become Siemens Energy’s chairman, has said Siemens aims to keep a 25% stake.

Siemens Energy, which is to hold a capital markets day on Sept. 1, has currently no plans to change its stake in Siemens Gamesa, the world’s No.2 wind turbine maker after Denmark’s Vestas (VWS.CO), the person said.

There are also no plans to sell the wind turbine maker’s struggling onshore division, the source said.

Siemens Energy will unveil the location of its headquarters by the end of October, the person said. Four cities, including Berlin and Munich, are still in the running.