Home » Business » A Bigger Risk Than GameStop? Beware the Ponzi Scheme Next Door

A Bigger Risk Than GameStop? Beware the Ponzi Scheme Next Door

The GameStop stock saga — with its element of David versus Goliath, not to mention its head-turning price gains followed by stomach-churning drops — may have been all the talk of Wall Street in the last couple of weeks.

But that is just a sideshow.

A bigger issue for investors may well be the increasing number of Ponzi schemes, which use money from new investors to pay earlier investors until the fraud falls apart. Many of the latest fraudsters have been preying on people who feel they lost out on the big stock market gains of last few years. The schemes have failed because they did not have the sophisticated apparatus of two of the biggest in the last decade — the multibillion-dollar ones perpetrated by Bernard L. Madoff and R. Allen Stanford.

Those both failed in the financial crisis. What is different now is that Ponzi schemes are collapsing while financial markets are soaring. That worries the lawyers and academics who track the schemes, because the trend is likely to only get worse when the markets do pull back.

Over 600 Ponzi schemes have been detected in the past decade, said Marie Springer, who teaches at John Jay College of Criminal Justice in New York and wrote a new book, “The Politics of Ponzi Schemes: History, Theory, and Policy.”

Referring to Mr. Madoff’s prison sentence, she said: “If he got 150 years, why would anyone start a Ponzi scheme and think they’ll get away with it? But they do. They think they’re smarter.”

Kathy Bazoian Phelps, a lawyer in Los Angeles who runs The Ponzi Scheme Blog, said she identifies three to 10 new Ponzi schemes in each monthly post. “It has not slowed down even remotely since Madoff,” she said. “It amazes me month after month the creative things that people come up with to defraud other people out of their dollars.”

These experts and others agree that Ponzi schemes — and not wild gyrations in a single stock — are what investors need to keep their eye on now. One group in particular is a ripe target: comparatively affluent, well-connected investors who are curious about new investments but too busy to fully research them or be suspicious of steadily high returns.

Nobody contacts the Securities and Exchange Commission or the Justice Department “when they’re getting their very high profits consistently,” Ms. Springer said. “They never say: ‘I’m making way too much. This must be a Ponzi scheme.’” They contact the authorities when they lose money. Or, she said, “when Grandma dies and they can’t get her money back, they report it.”

In retrospect, Ponzi schemes always seem obvious. Charles Ponzi’s postage stamp investment fraud in the early 1920s certainly was not the first such scheme, but it was so well known that the ploy became identified with him.

Ms. Springer’s book is an examination of the various types of schemes, swindlers and victims as well as an economic and legal analysis of how the frauds have been dealt with over the decades. Common threads abound, and she stresses that anyone investing money in anything needs to understand what makes a legitimate investment and what raises suspicions.

Most Ponzi schemers start with friends and family because of the built-in trust, Ms. Springer said she had found in her research. Right after them come houses of worship. That’s partly because of the connections people make in them. It’s also because people want to believe that someone they meet where they worship has the same beliefs and values that they do. 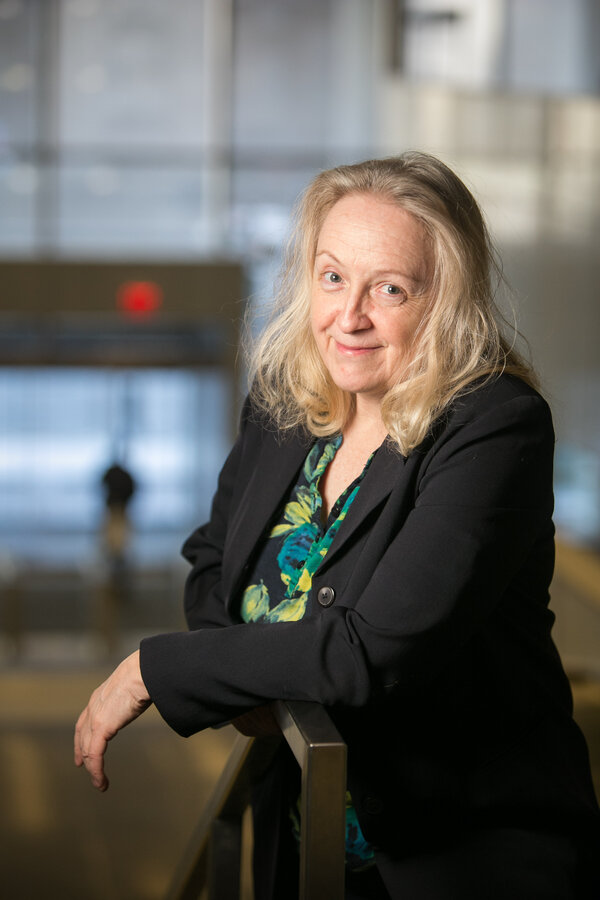 She has labeled it the “just like I am” syndrome, and it applies to any affinity group, be it an immigrant community, a country club or a school.

“In many cases, the Ponzi perpetrators use the money they bring in to send their kids to private schools,” Ms. Springer said. “That’s where they make connections to other people with money.”

Most of the schemers are men, and are usually older and able to project an air of success, she found. “Not a lot of people are going to have confidence in someone who is 28,” she said. “Aging allows you to come off as having knowledge.”

Generally, the fraudsters have worked in the industry in which they’ve hatched their scheme, so they have a deep knowledge of what they’re doing. Lawyers, accountants and registered brokers can often be found at the helm, but Ms. Springer has also uncovered schemes involving agricultural supplies, worm farms and a “whale whisperer,” who promoted a music business from the sounds of whales and dolphins.

“In all Ponzi schemes, the perpetrator was very pleasant, someone you’d want to be friends with,” she said.

So how do you tell which investments are cause for concern and which safeguards to use to ward them off?

Topics in the news are ripe for Ponzi schemes. At the moment, those could be cryptocurrency, artificial intelligence and research into Covid-19 treatments.

Let Us Help You Better Understand the Coronavirus