Home » Business » A new coalition of 200 businesses will push fixes to the problems of child and elder care.

A new coalition of 200 businesses will push fixes to the problems of child and elder care. 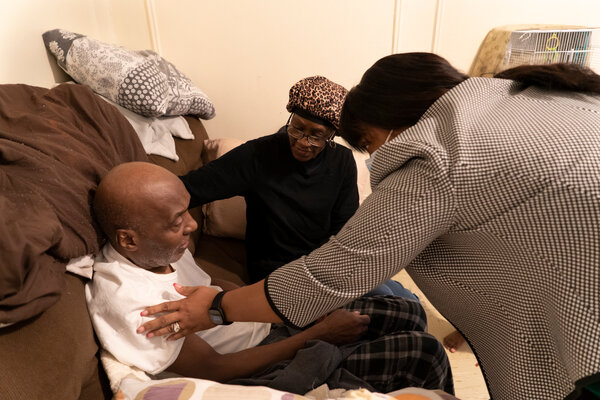 JPMorgan Chase, Spotify, Uber, McDonald’s and almost 200 other businesses have formed a coalition focused on ensuring that women are not held back in the labor force because they bear the brunt of caregiving in the United States.

The new Care Economy Business Council, the creation of which was announced on Wednesday, portrays the effort in stark economic terms, arguing that fixing the crumbling child and elder care systems is essential to the economic recovery.

Led by Time’s Up, the advocacy organization founded by powerful women in Hollywood, the council aims to bring executives together to share ways to improve workplace policies and to pressure Congress to pass policy changes that would help people — particularly women — get back to work. The council will push for federally funded family and medical leave, affordable child care and elder care, and elevated wages for caregiving workers.

“What I’m seeing now that I have not seen in the many years I’ve been working on this constellation of issues is a realization by employers that they have a stake in this,” Tina Tchen, the chief executive of Time’s Up, said.

The pandemic laid bare the faults in caregiving in the United States, particularly the problems with child care. Many child-care centers either shuttered or cut back on hours to save on costs, leaving parents without reliable and safe places for their children while they worked. The lack of child care support was a major reason that hundreds of thousands of women left the work force in the past year, bringing female labor participation rate to its lowest level since 1986.

Companies scrambled to cobble together solutions, from flexible work hours to additional child care stipends. But for many executives, the crisis made it clear that the entire system needed an overhaul.

The issue is “bigger than something we can solve on our own,” said Christy M. Pambianchi, the chief human resources officer at Verizon, which is part of the council.

President Biden’s two-part infrastructure plan proposes pumping $425 billion into expanding and strengthening child-care services and an additional $400 billion to help expand access for in-home care for older adults and those with disabilities. His plan also offers businesses a tax credit for building child-care centers in their workplaces.