It’s night. A little boy opens the door to his father’s room. “Dad, I’m scared,” he says. The father carries the boy back to his bed, tucks him in and clicks on a night light. “It’s only human to care for those we love,” says an offscreen voice, “and also help light their way.”

This is the start of a recent commercial for Chevron, which goes on to say that the company is bringing “affordable, reliable, ever-cleaner energy to America.” It is the kind of feel-good ad that has long drawn criticism from environmentalists, who argue that such messaging, which they call greenwashing, may mislead viewers about the extent of their climate change commitments. Weeks after the commercial was posted on YouTube, where it has racked up more than 200,000 views, a Chevron refinery in California leaked some 600 gallons of “petroleum and water mixture” into the San Francisco Bay.

Because of this ad and others like it, Greenpeace USA and other environmental groups filed a complaint with the Federal Trade Commission on March 16 that accused Chevron of “consistently misrepresenting its image to appear climate-friendly and racial justice-oriented, while its business operations overwhelmingly rely on climate-polluting fossil fuels, which disproportionately harm communities of color.”

Chevron did not comment on the complaint and did not respond when asked who had created the ad and a similar commercial featuring laughing babies and dancing senior citizens that came out this month.

The F.T.C. complaint is part of a larger movement that lately has been gaining support from some key players in the promotion of the oil and gas companies: the people who create their ads and shape their public relations messages.

Guy Hayward, the global chief executive of Forsman & Bodenfors, an international ad agency with major offices in Sweden and New York, said in an interview that the company’s New York office signed a pledge this month to no longer work for oil and gas producers, as well as utility companies and their lobbyists.

“The decision is a moral one,” Mr. Hayward said. “We believe that communication is powerful and, obviously, we should be using it to drive the change we want to see, rather than maintaining the status quo.”

Signing the pledge was partly symbolic: Forsman & Bodenfors has done work for the Norwegian oil and gas giant Equinor and is known for its award-winning Volvo campaigns. The point of signing it, Mr. Hayward said, “is just to get the ball rolling.” He added that he expected the company’s other offices, in eight cities around the world, to follow the example of the New York team, calling the decision a “no-brainer.” 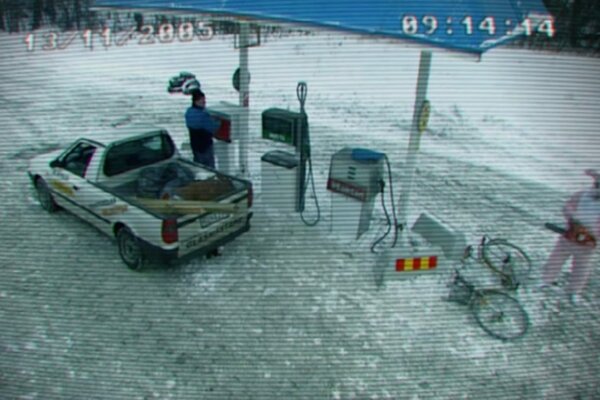 “It’s about raising awareness in the broader creative community,” he added, “so it becomes a topic in the same way tobacco became a topic. And now I don’t know a single person who would work on a tobacco account.”

Dozens of other ad agencies, most of them small, have signed the same pledge, which was put together by the advocacy group Fossil Free Media. The effort, which is known as Clean Creatives, is managed by Duncan Meisel, an environmental activist who conceded that it would be difficult for ad agencies to say no to fossil fuel dollars during a pandemic.

“The advertising industry is not super healthy right now,” Mr. Meisel said. “People are used to having these clients, and it’s hard to say no to a paycheck.”

Environmental activists are not the only ones who have been applying pressure on ad makers. Amsterdam voted in December to investigate how to block oil and gas ads from its streets. Other calls to ban such advertising, attach climate warnings to it, or prevent fossil fuel companies from sponsoring sports teams have emerged in Australia, Netherlands, Canada, France, Belgium, Finland and elsewhere.

Democratic officials have filed lawsuits over the past 18 months in Connecticut, Delaware, Massachusetts, Minnesota, Washington, D.C., and Hoboken, N.J., accusing Exxon, the trade group American Petroleum Institute and others in the industry of engaging in deception about climate change, including through their ads.

Several publications have limited or stopped accepting fossil fuel ads, including the British Medical Journal, The Guardian, and the Swedish publications Dagens Nyheter and Dagens ETC. The New York Times said in a statement that it did not allow oil and gas companies to sponsor its climate newsletter, its climate summit or its podcast “The Daily.” It still publishes paid posts from companies such as Exxon. In a statement, The Times said that “advertising helps support our newsroom, which covers the issue and impacts of climate change more than any other in the U.S.”

Hillary Moglen, a principal at Rally, a Los Angeles advocacy communications firm that has avoided working with oil and gas companies, said a shift was underway. “It’s an old-guard, new-guard situation,” she said. “There will be a point when it won’t be culturally acceptable to work with these clients.”

But it will be tricky for advertising and communications firms to make a clean break. BP, ChevronTexaco, ConocoPhillips, Exxon Mobil and Shell help drive the marketing business, having spent nearly $3.6 billion on advertising since 1986, according to a report last year led by Robert Brulle, a visiting professor of environment and society at Brown University.

Ms. Moglen acknowledged that firms like hers may find themselves in gray areas as fossil fuel companies invest more in clean energy businesses. A little over a year ago, she said, Rally debated whether to bid on a project involving an energy efficiency company that was funded by an oil and gas giant. The firm went ahead with a bid — only to lose out.

“I imagine that in the future we’ll be in that situation again,” Ms. Moglen said. “There are ways that those lines can be murky.”

So far, the efforts to resist fossil fuel dollars have been largely limited to smaller ad companies, often in Europe. Some of the biggest ad companies — Omnicom, Interpublic and Dentsu — had no comment for this article. Another large one, WPP, said in a statement that “in all of our work with clients, we apply rigorous standards to the content we produce for them, and seek to fairly represent the environmental commitments they are making and actions they are taking.”

Ad executives say that some employees, especially younger ones, who are increasingly sympathetic to environmental concerns, have objected to working on oil and gas accounts.

Gosia Plewako, the managing director of the North America arm of Futerra, an ad agency and consulting firm with its own climate-focused pledge, falls into that category. She said she worked for more than 15 years at the ad and public relations company Ogilvy before leaving in 2019. While there, she said, she was on the account for BP, which had rebranded itself as “Beyond Petroleum.” In 2010, an explosion at BP’s Deepwater Horizon drilling rig set off a catastrophic oil spill in the Gulf of Mexico. Soon after, Ms. Plewako went on maternity leave and asked to be removed from the account when she returned.

“It was very disturbing and difficult,” she said. “It was an awakening.”