SYDNEY (Reuters) – Asian shares slid on Monday and oil prices took another tumble as fears mounted that the global shutdown for the coronavirus could last for months, doing untold harm to economies despite central banks’ best efforts. 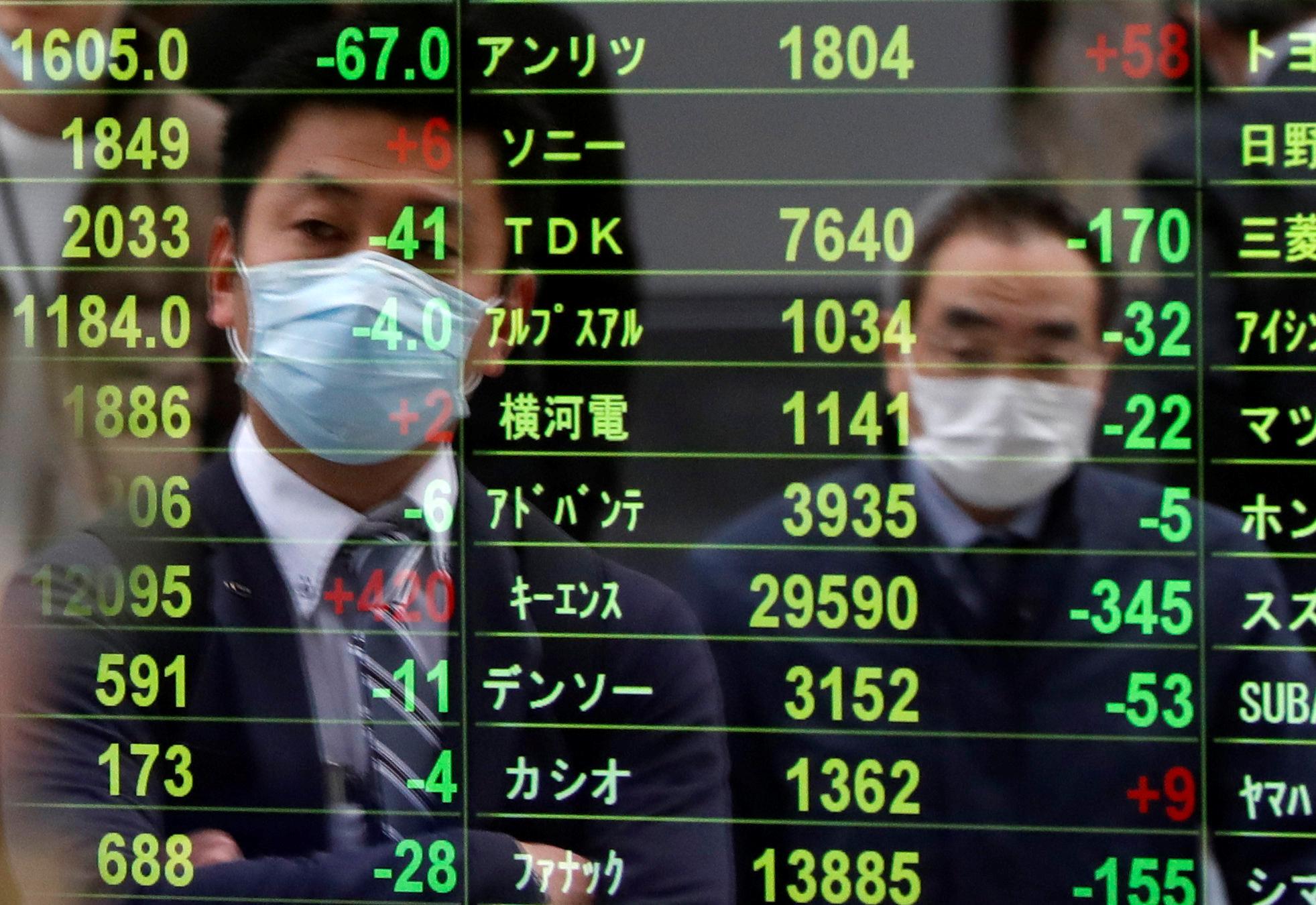 “We continue to mark down 1H20 global GDP forecasts as our assessment of both the global pandemic’s reach and the damage related to necessary containment policies has increased,” said JPMorgan economist Bruce Kasman.

They now predict global GDP could fall at a 10.5% annualized rate in the first half of the year.

There was much uncertainty about whether funds would have to buy or sell for month- and quarter-end to meet their benchmarks, many of which would have been thrown out of whack by the wild market swings seen over March.

Central banks have mounted an all-out effort to bolster activity with rate cuts and massive asset-buying campaigns, which have at least eased liquidity strains in markets.

China on Monday became the latest to add stimulus with a cut of 20 basis points in a key repo rate.

Singapore also eased as the city-state’s bellwether economy braced for a deep recession, while New Zealand’s central bank said it would take corporate debt as collateral for loans.

Rodrigo Catril, a senior FX strategist at NAB, said the main question for markets was whether all the stimulus would be enough to help the global economy withstand the shock.

“To answer this question, one needs to know the magnitude of the containment measures and for how long they will be implemented,” he added. “This is the big unknown and it suggests markets are likely to remain volatile until this uncertainty is resolved.”

It was not encouraging, then, that British authorities were warning lockdown measures could last months.

U.S. President Donald Trump on Sunday extended guidelines for social restrictions to April 30, despite earlier talking about reopening the economy for Easter.

Japan on Monday expanded its entry ban to include citizens traveling from the United States, China, South Korea and most of Europe.

DOLLAR NOT DONE YET

Bond investors looked to be bracing for a long haul with yields at the very short end of the Treasury curve turning negative and those on 10-year notes dropping a steep 26 basis points last week to last stand at 0.65%.

That drop has combined with efforts by the Federal Reserve to pump more U.S. dollars into markets, and dragged the currency off recent highs.

Indeed, the dollar suffered its biggest weekly decline in more than a decade last week. [USD/]

“Ultimately, we expect the USD will soon reassert itself as one of the strongest currencies,” argued analysts at CBA, noting the dollar’s role as the world’s reserve currency made it a countercyclical hedge for investors.

“This means the dollar can rise because of the deteriorating global economic outlook, irrespective of the high likelihood the U.S. is also in recession.”

The dollar’s retreat had provided a fillip for gold, but fresh selling emerged on Monday as investors were forced to liquidate profitable positions to cover losses elsewhere. The metal was last off 0.5% at $1,609.42 an ounce.

Oil prices were again under water as Saudi Arabia and Russia show no signs of backing down in their price war.