BUDAPEST/PRAGUE (Reuters) – The auto industry, long a driver of economic growth in central Europe, is likely to be one of the main drags on the region’s efforts this year to recover from the impact of COVID-19. 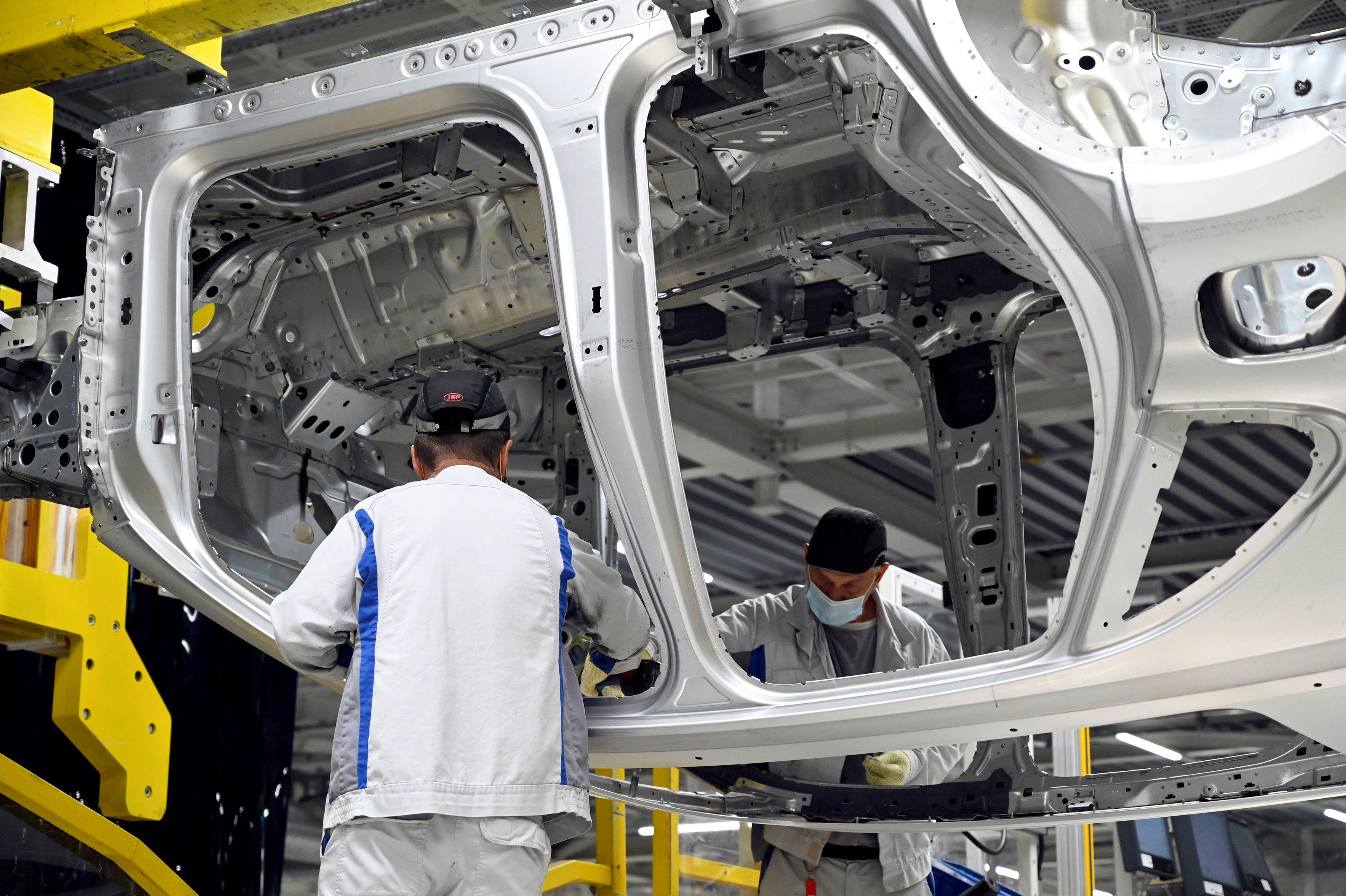 After communist rule ended in central Europe three decades ago, foreign carmakers invested heavily in a region that had a cheap and efficient workforce. The auto sector became an important source of foreign investment, employment and growth.

But with car production hit by factories idling during coronavirus lockdowns, and many still not back at full throttle, the industry is expected to be worse hit by COVID-19 than many others in central Europe.

That is bad news for the Czech Republic, Hungary and Slovakia, which are particularly reliant on the auto industry.

“Proportionally this sector is expected to suffer the biggest drop in the manufacturing sector in the region. This is where the recovery will be the slowest so it could be one of the main drags on GDP,” said Peter Virovacz, an economist at ING in Budapest.

Writing to other European Union states and EU institutions in April, the heads of the Czech, Polish, Hungarian and Slovak auto industry associations said their four countries employed 1.3 million people directly or indirectly in the auto sector and accounted for nearly a fifth of EU vehicle production.

The sector generates 4-6% of Hungary’s gross domestic product and a tenth of the Czech Republic’s GDP. In Slovakia, it accounts for 13% of GDP and half of industrial production.

But some car producers in central Europe expect output to drop 20-25% this year, reflecting a global production slump, and GDP is likely to be dented.

The EU executive, the European Commission, has forecast a 7.0% decline in GDP this year in Hungary, a 7.8% fall in the Czech Republic and a 9.0% drop in Slovakia. Poland’s GDP, which is less dependent on the auto sector, was seen declining 4.6%.

Carmakers have largely avoided mass layoffs in the region and are bringing back staff, gradually increasing the number of shifts – and output – while observing social distancing rules.

Germany’s Daimler (DAIGn.DE) said its Hungarian plant was working in two shifts and would reintroduce a third from the first week of August.

“In the second half of 2020, we hope for more orders and an improvement in the situation on the automotive market so we can fully use production capacity,” a company spokesman said. Kia’s Slovak production dropped 27% in the first half of the year.

Groupe PSA Slovakia, owned by Peugeot maker PSA, has said it has enough orders until the autumn.

In Hungary, Suzuki (7269.T) expects a 20% drop in output this year compared to its original forecast. It returned to two shifts in mid-July.

The Czech Automotive Industry Association forecasts car production in the country to drop by a fifth in 2020, and auto sector revenue to fall by at least 215 billion crowns ($9.6 billion).

In their April letter, the four national auto industry associations asked the EU for the swift re-establishment of supply chains, financial support and a review of regulatory requirements.

Peter Erdelyi, chairman of the Hungarian Car Importers’ Association, said there had been no response yet.

A European Commission spokesperson told Reuters by email that any regulatory flexibility should not involve a delay or rollback of EU environmental ambitions.

“Strict environmental legislation is the best way to promote competitiveness and innovation,” the spokesperson said.

NO BUYERS, NO ORDERS

Thousands of component suppliers, employing tens of thousands in central Europe, have also been hit hard.

Koyo Bearings Czech Republic, part of Japan’s JTEKT Corporation, is running at 70% of levels before the pandemic.

“We expect demand will continue to gradually grow,” Koyo’s director, Petr Novak, said. “But we will not reach the levels of the pre-pandemic situation until maybe the middle of 2021. This is our best, optimistic scenario.”

Novak said Europe, which accounts for 80% of the factory’s sales, was not recovering as quickly as hoped and there were concerns about a second coronavirus wave.

The firm is planning week-to-week, with many of the 470 staff at home on government schemes to help businesses through the pandemic, he said.

Plastic molding company FAMU Kft, near Budapest, is planning only weeks ahead. 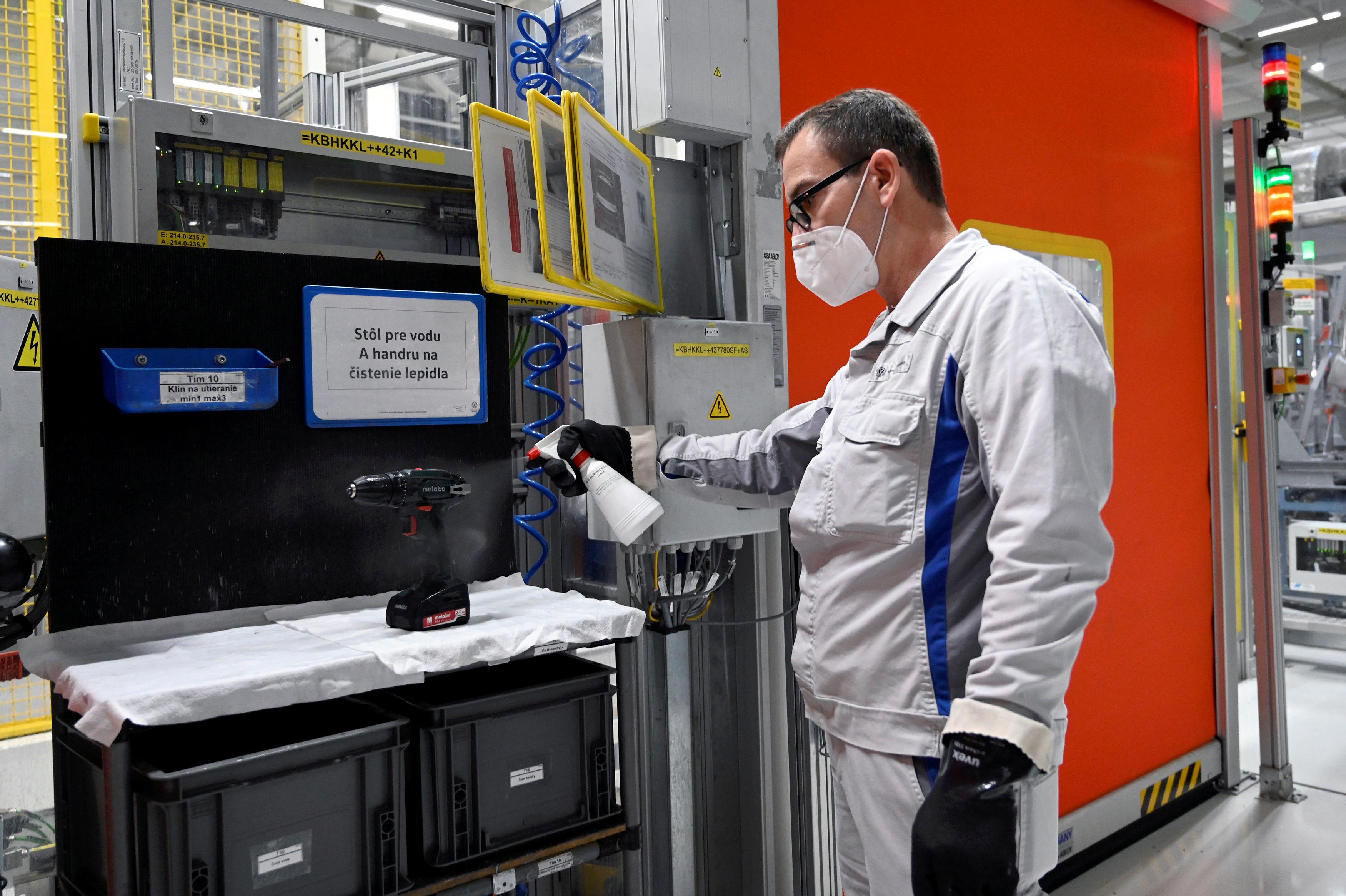 “Our survival strategy has been that we managed to win new markets and business in electronics and other segments,” said Jozsef Nyiro, who runs the company.

Nyiro, who is chairman of the Hungarian Automotive Suppliers’ Association, said the next few months would be critical for suppliers.

“A task for the government is to regenerate buyers’ demand … because if there are buyers then we get orders,” he said.