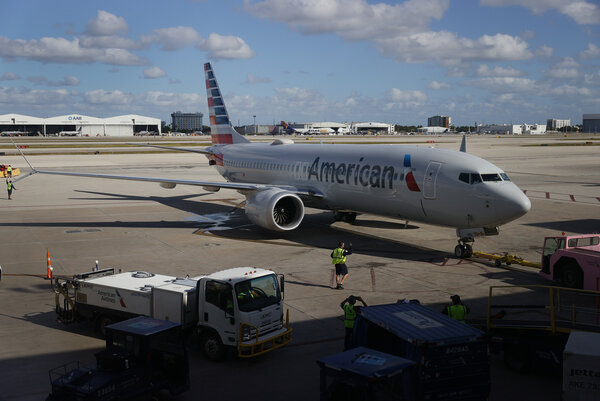 Boeing lost more than $11.9 billion last year, its worst year ever, as it struggled to overcome the crisis surrounding its 737 Max jet as it also endured the disastrous slowdown in global aviation caused by the coronavirus pandemic.

The company’s bottom line suffered especially during the final three months of the year, during which Boeing reported a loss of more than $8.4 billion. In that quarter, the company recorded a $6.5 billion charge related to the development of the 777X, a wide-body plane that has suffered several delays in recent years. On Wednesday, Boeing extended the plane’s expected arrival once more, to 2023, amid tightening certification requirements and weakening demand for large jets, which has been exacerbated by the pandemic.

Over the course of the year, Boeing brought in more than $58 billion in revenue, which was down 24 percent from 2019.

In a letter to staff, Boeing’s president and chief executive, Dave Calhoun, described 2020 as “a year of profound societal and global disruption, which significantly impacted our industry.”

The financial results were announced on Wednesday morning, shortly after aviation regulators in Europe approved the 737 Max to fly again, joining counterparts in Brazil, Canada and the United States. The Federal Aviation Administration became the first regulator to allow the Max to return to service in November, ending a global ban that had been in place since March 2019, after 346 people were killed in two crashes involving the plane.

Five airlines have resumed Max service, racking up more than 2,700 flights, according to Boeing. In the United States, only American Airlines is flying the Max, though United Airlines is expected to start using the jet next month, followed in the second quarter by Southwest Airlines.

Boeing has started making deliveries and collecting payments on the Max again, a huge relief for its commercial airplane business, which rests heavily on the 737 line. Still, the steep decline in travel caused by the pandemic has hurt Boeing’s airline customers, muting hopes for a recovery this year.