Home » Business » California Is Awash in Cash, Thanks to a Booming Market

California Is Awash in Cash, Thanks to a Booming Market

In a single year, the state’s financial outlook has gone from surplus to deficit to surplus as capital gains tax collections have risen amid a soaring stock market and I.P.O. boom. 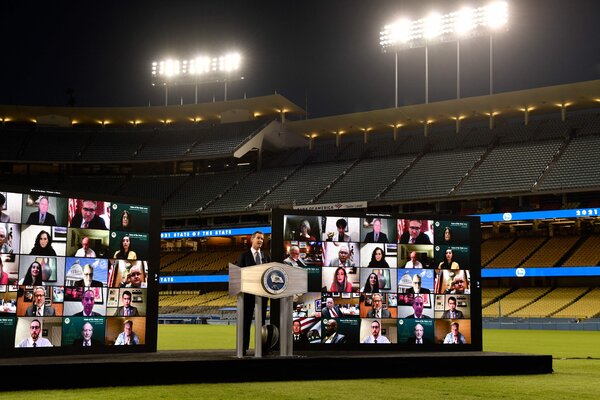 As the pandemic raged last May, California was reeling. Spending on unemployment assistance and health care had jumped, while tax revenues were on the verge of cratering. State officials, just months earlier counting on a $5.6 billion budget surplus, now anticipated a $54 billion shortfall. Severe cuts would be needed, making an already frightening recession even worse.

Gavin Newsom, the Democratic governor of California, warned of dark days ahead. “We are confronted with a steep and unprecedented economic crisis,” he wrote in his budget.

Then Wall Street came to the Golden State’s rescue.

The stock market, after a steep but brief downturn in March 2020, has soared to new heights, prompting a record number of companies — many of them based in California — to go public. The rising market minted new millionaires and padded the incomes of the state’s wealthiest residents, who typically own a lot of stock. And for California, that meant a windfall. Its taxes on such stock-based gains are the highest of any state, and its largest revenue source is personal income taxes.

According to its most recent forecast, California is expecting a roughly $15 billion budget surplus next fiscal year, which runs from July through June. It is putting money into its rainy-day fund and is expected to reverse some cuts, including to the wages of state workers, which were imposed just a few months ago. The state is so flush that it is running its own stimulus program, writing one-time checks of $600 or $1,200 to poorer households and spending some $2 billion on aid for small businesses.

“It’s a far better place to be than where we thought we would be,” said Chris Hoene, executive director of the California Budget & Policy Center, a Sacramento think tank that promotes policies meant to help low- and middle-income households. The state has resources available to address the economic fallout of Covid-19, he said. “In a normal economic downturn, the state would probably be doing far less.”