Home » Business » China Is on a Building Binge, and Metal Prices Are Surging

China Is on a Building Binge, and Metal Prices Are Surging

Iron ore, nickel, copper and other metal prices are rising as China restarts construction after emerging from the worst of the pandemic, and the global economy could benefit. 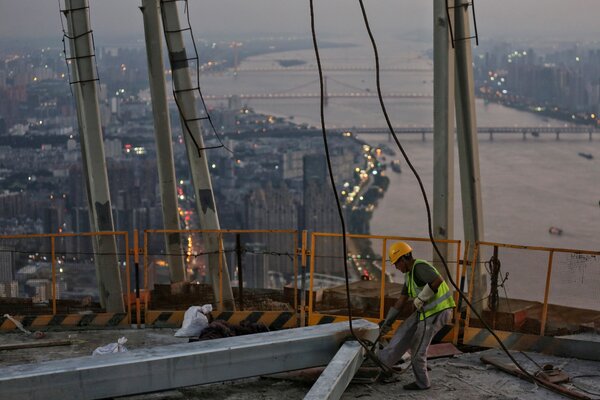 The coronavirus pandemic forced China to bring industrial activity to a halt earlier this year, but the country is revving its engines again — and global prices of metals are reflecting that renewed appetite for growth.

China consumes roughly half of the world’s industrial metals, according to analysts. As the country emerged from the worst of the pandemic in March, the Chinese government unleashed a program of enormous fiscal stimulus aimed at building bridges, roads, utilities, broadband and railroads across the country. As a result, the prices of iron ore, nickel, copper, zinc and other metals used to build infrastructure have surged in recent months.

Since late March, prices of iron ore — the key ingredient in steel — have risen more than 40 percent. Nickel, needed for stainless steel, and zinc, used to galvanize metal, are up more than 25 percent. Copper, which is used in wiring for power transmission, construction and car manufacturing, and has long been seen as a barometer for the world’s industrial economy, is also up around 35 percent.

“China, as usual, went the investment route and is massively investing in metals-intensive infrastructure,” said Caroline Bain, a commodities market analyst with Capital Economics in London. “So there’s been a very strong pick up in China’s demand for metals.”

Last month, China’s state railway operator announced plans to double the size of its high-speed rail network over the next 15 years. In July, investment from China’s state-owned enterprises, including giants such as China National Offshore Oil Corporation and China Mobile, surged by 14 percent compared with the prior year, according to Standard & Poor’s analysts. (Private companies, by comparison, bolstered investment by just 3 percent.) 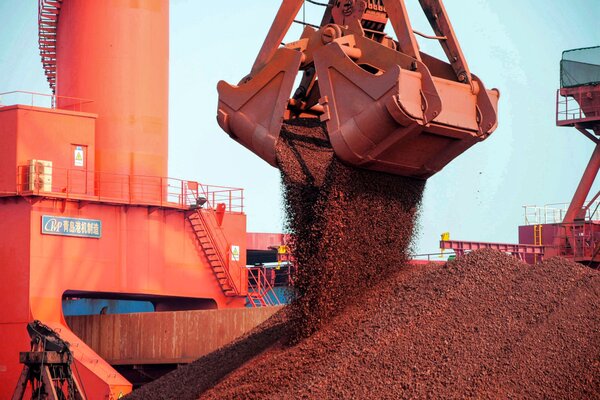 In Guangdong, the country’s most populous province, regional officials plan to spend some 700 billion yuan — about $100 billion — this year on public medical facilities, 5G networking and transportation infrastructure.

In February, the coronavirus outbreak prompted a lockdown of much of the country’s economy, the second largest in the world’s after that of the United States. From January to March, China’s economy contracted by 6.8 percent, the first decline the country has acknowledged in roughly half a century. Industrial activity stopped, causing metal prices to plunge. Copper and aluminum prices all dove roughly 20 percent in that period, while iron ore fell about 15 percent. The sudden pause in demand from such a big buyer immediately strained several countries that have built large parts of their economy around digging ore out of the ground and shipping it to China.

Australia’s exports to China — mostly iron ore and coal — tumbled roughly 20 percent, as the country fell into its first recession in nearly 30 years. Metal exports from Brazil, Chile and Peru also slumped, driven by cratering demand from China and declines in mining production, but also because miners were forced to halt operations as the coronavirus spread locally. The share prices of global mining giants, which get large portions of their revenue from China, cratered. In local currency terms, Vale in Brazil and the Anglo-Australian giant Rio Tinto both tumbled roughly 40 percent from January to March.

But the response of the authoritarian government in China — its state-led model that gives Beijing significant influence over the direction of the economy — was enormous, helping China post one of the fastest recoveries of any of the world’s largest economies in recent months.

Goldman Sachs’s estimates of Chinese budget deficits — a measure that includes both official budget deficit numbers and a variety of off-balance sheet government support that is common in China — ballooned to 20 percent of gross domestic product in the first half of 2020 from about 10 percent at the end of 2019, as the country pumped money into the economy.

Recent economic reports from China show where that government money has flowed. August data on industrial production revealed 5.6 percent growth over the same month last year, firmly establishing a V-shaped recovery for the sector. Industrial production in sectors tied to infrastructure, such as cement, steel and iron, all posted strong gains. Other official data on investment showed growth in utilities, road and rail construction.

Economists at the Organization for Economic Cooperation and Development expect that China’s G.D.P. will actually grow by 1.8 percent this year, making it the only member of the Group of 20 nations that will not suffer a recession this year. That’s the best expected performance of any of the countries the organization tracked in its latest economic update.

“The recovery in G.D.P. is much faster and stronger than elsewhere,” said Ms. Bain of Capital Economics.

That’s good news not only for metals markets, but could also herald better times for the global economy. Analysts have studied the prices of some metals as a leading indicator of global economic growth, even referring to copper as “Dr. Copper” because of its supposed ability to predict the direction of the economy as well as any economist with a Ph.D.

“People’s perception of the economy is how weakened it is, yet all the industrial metals are telling you a very different story,” said Chris Verrone, an analyst and partner at Strategas Research in New York. “We think copper is the market trying to tell us that the economy is stronger than we expect.”