Finland’s national carrier has started selling its business class meals in a supermarket to prevent jobs cuts at its catering unit – and the food has been a hit.

Some 1,600 meals were sold in the first few days at the supermarket, which is near the airline’s main hub of Helsinki-Vantaa airport.

Plans are being made to sell the meals from more outlets.

Kimmo Sivonen, a shopkeeper at Kesko’s K-Citymarket Tammisto in Vantaa told Reuters that there had been “positive feedback” from customers and the product was “one of the best-selling products in our store”.

Head of Finnair Kitchen Marika Nieminen added: “There are redundancies and layoffs going on already at Finnair and we are trying our best to find new innovative ways.”

Having produced 12,000 meals a day in 2018, Finnair Kitchen’s production collapsed after the COVID-19 pandemic hit air travel. The airline will cut around 700 jobs by March next year.

The airline’s menu on the ground includes beef with teriyaki-radish sauce served with grilled spring onion and rice, or smoked Arctic char with chantarelle risotto for €12.9 (£11.70) apiece. 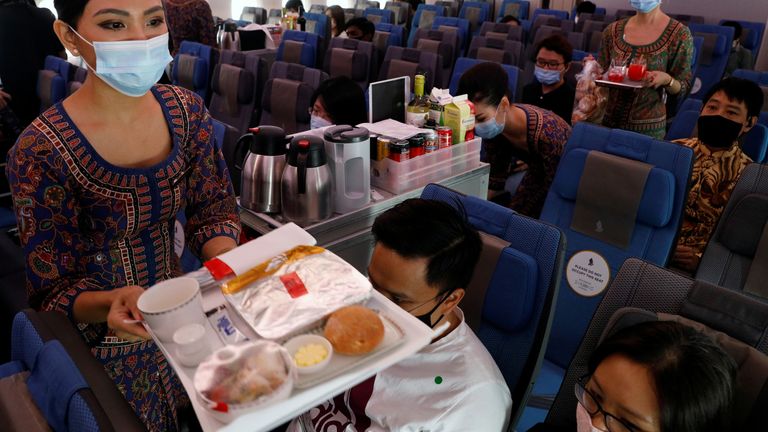 It is not the only example of airlines getting creative in the quest to make money and save jobs during the COVID-19 pandemic.

In September, Singapore Airlines (SIA) announced plans for destination-less flights, meaning passengers would take off and land at the airline’s home, Changi Airport.

These plans were later dropped, reportedly due to environmental concerns, but other ideas designed to recreate the air travel experience include inviting customers to dine in an A380 “restaurant”, where they can eat the airline’s food and watch movies on the in-flight entertainment system.

This launched on Saturday, with meal costs ranging from £30 per person in economy to £370 for a suites-class meal with champagne.

The airline is also running a home delivery service for its first class and business class meals.

For two weekends in November, there is also a tour of the SIA training centre for about £18 (half that for a child). 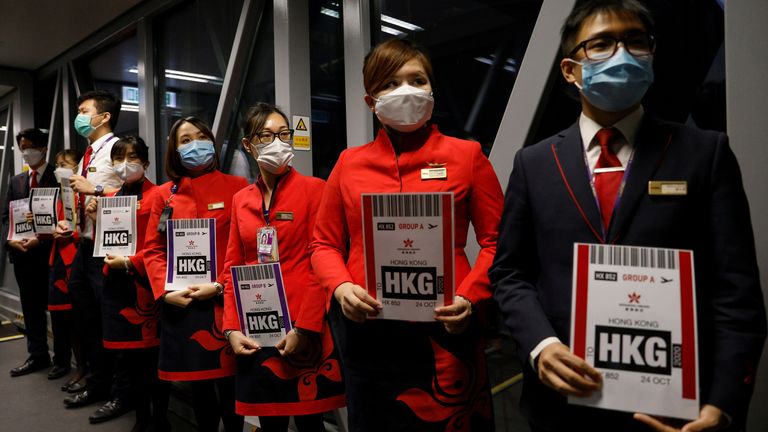 Singapore Airlines might have passed on the “flights to nowhere”, but Hong Kong Airlines went ahead.

On Saturday 100 passengers flew on an Airbus A320 for 90 minutes, enjoying views of the city and the sunset.

The flight had sold out in 30 minutes.