The new company is led by Haim Dabah, chairman and cofounder, and his son Mac Dabah, cofounder and managing director. Another son, Michael Dabah, serves as general counsel, and Ori Schwartz is cofounder and director of acquisitions.

Haim Dabah and his family have a long history of starting, investing and running businesses in fashion, retail and technology, including investments in Stylitics, Kidbox and Talk Space, and formerly Regatta, which developed labels for retailers including Simply Vera by Vera Wang for Kohl’s, and Karl Lagerfeld for Macy’s. Aside from pioneering private brand development, Haim and his brothers Ezra and Isaac founded Gitano, which peaked into a major denim label for the mass market in the 1980s.

With Box Equities, the Dabahs seek to capitalize on a segment of the real estate market rising in value due to the rapid growth of e-commerce fueling demand for logistics facilities for receiving, storing and shipping products. Real estate firms, private equity firms, landlords and retail and e-commerce companies like Amazon are amassing warehouses and distribution centers. The swing to industrial real estate can also be traced to declining values on certain retail high streets such as Madison Avenue, as well as malls and office buildings where there’s a glut of available space.

The New York-based Box Equities is focused on secondary markets, such as Dublin, Ga., rather than major markets like Secaucus or Edison, N.J., or New York City. The company is not pursuing last-mile distribution facilities, the kind that Amazon needs for speedy delivery close to customers, but doesn’t exclude the possibility.

“As a family, we have a background of pivoting and starting new businesses ahead of trends,” said Haim, in an interview Wednesday. “When I sold my Regatta company to Li & Fung, we saw the writing on the wall and moved to invest in technology. And with COVID-19, we saw the acceleration of buying online. E-commerce has accelerated in a way that would haven taken four to six years without COVID-19. We saw industrial space as an important place to get into the real estate space.”

Citing a report from CBRE, a major commercial real estate services and investment firm, Dabah said for every $1 billion of online sales, 1.25 million square feet of distribution space is required. 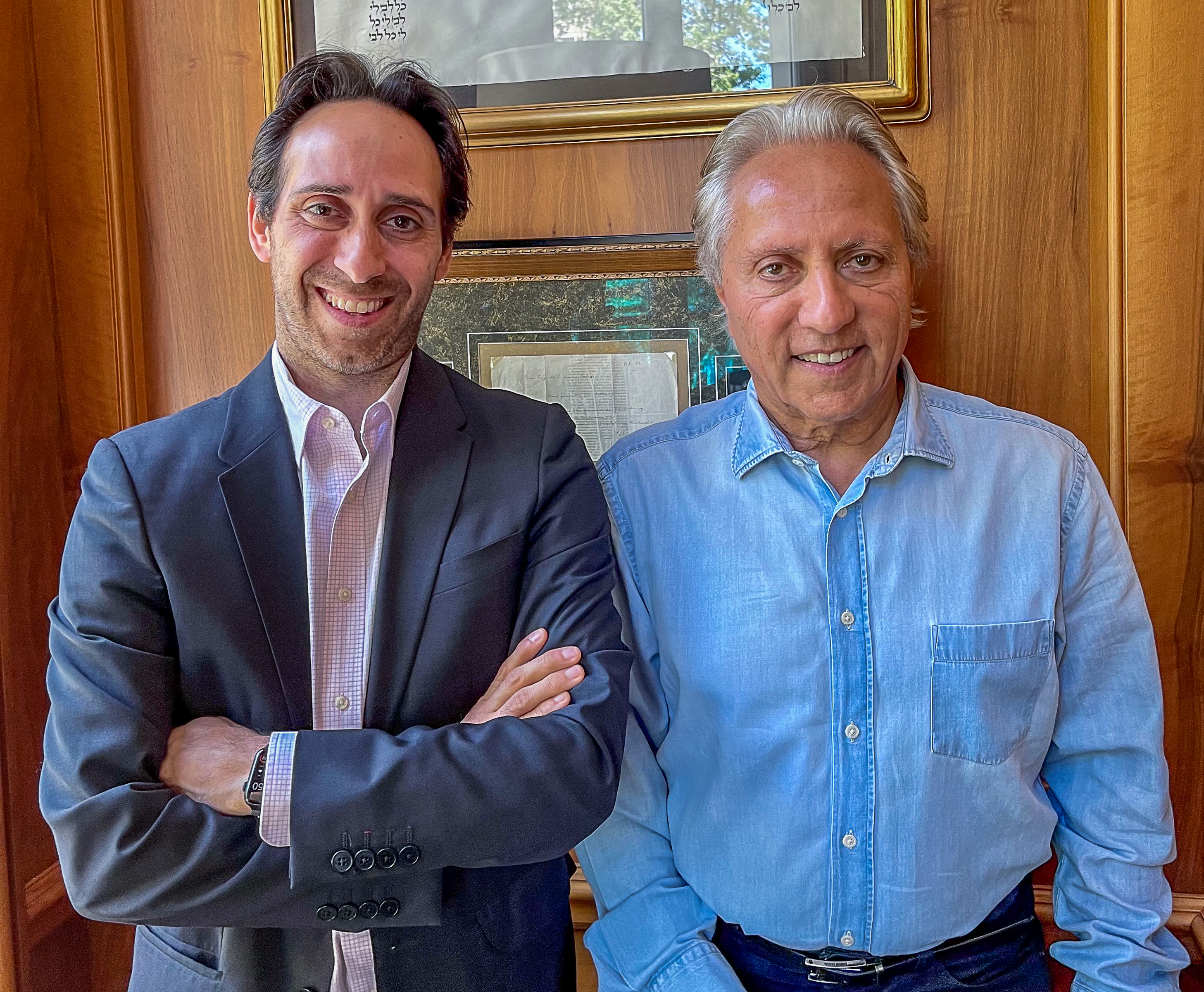 The Dabahs said Box Equities has a significant war chest, consisting of family money, private equity money and family office money. “We have a lot of inbound interest in private equity people who want to invest,” Haim said, adding that typically, about 65 percent of a deal is through borrowing from lenders. “We’re basically looking at 10 to 12 deals at any given time,” including some J.C. Penney-owned distribution centers that are up for sale and would be leased back to Penney’s.

Haim said Box Equities “could easily triple” the size of its portfolio in a year given the funds that are available, and that due to all the associations he’s made during his career, providing access to retailers as well as an understanding of the retail landscape, the company has a edge on others seeking deals. “Our team, relationships and experience are uniquely positioned to deliver on retailers’ needs to maximize their bottom line while providing investors, specifically on the private equity side, a new investment vehicle into the retail space,” said Haim.

With the Mexico, Mo., deal, for example, his connection to Roger Goddu, of Brentwood Associates private equity, which owns Soft Surroundings, a tenant at that distribution center, was an advantage. Goddu is a former chairman of the now-defunct Montgomery Ward, which decades ago was supplied with a Dabah-run apparel business.

Deals undertaken by Box Equities are each different, depending on the needs and age of the property, explained Mac Dabah. Some might require upgrades on parking lots and other areas, or the addition of a new HVAC system, for example. The Box Equities team also engages in leasing activity, if there’s empty space at a location and lease terms need to be renewed or changed.

In one case, Box Equities was a stalking horse bidder on a Pier One distribution center in Texas. “We ended up not succeeding,” said Haim. Pier One went bankrupt, closed its stores, and was restarted as a dot-com business by Retail Ecommerce Ventures, which bought the intellectual property.

“If some retailers want to really enhance their balance sheet, they could come to us if they want to do a sale leaseback on a distribution center or just want to close the facility,” said Haim.

“We are agile. We move very quickly,” said Mac. “We have the advantage of having an in-house team of experts,” including his brother Michael, a lawyer with his own firm focused on real estate.

“Having Mike involved in this is another dimension enabling us to move fast,” said Haim. “Brokers like to give market deals to people who can move fast.”

While retailing is suffering from a labor shortage, according to Haim, “The problem is much less acute in secondary and tertiary markets. In Secaucus, N.J., there are so many distribution centers in such a small radius it’s harder to find labor. I’m not saying there is no stress, but in order of magnitude there’s substantially less shortage than the extent you see in primary markets in California, New Jersey and New York.”

“Logistics are a key challenge in the direct-to-consumer business, from supply chain to local labor,” added Mac, who is also cofounder and managing director of HDS Capital, which acquired Sharper Image, Hurley, Brookstone and Justice.

“Our focus on secondary markets that can offer reliable labor is a key. We are laser-focused on unlocking significant value for retailers and brands wishing to expand or downsize their industrial footprint and take advantage of today’s market dynamics,” said Mac.

“Also, we routinely work with local economic development authorities, creating jobs and generating investment opportunities in key markets,” Mac said, noting that the purchase of the 200,000-square-foot facility in Georgia was from a local economic development authority within an opportunity zone. “That underscores our emphasis in public/private partnerships and job creation.” 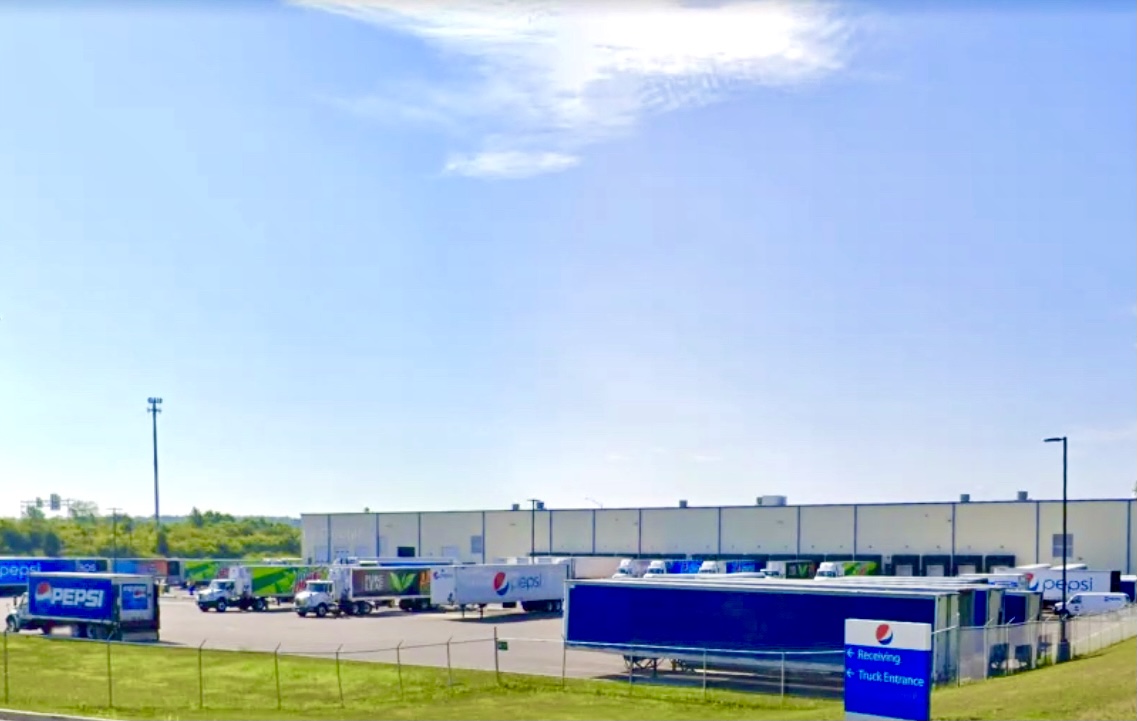 Box Equities recently purchased this distribution center in Dayton, Ohio which is anchored by PepsiCo.