Disney to reveal pandemic hit to parks and ESPN, boost to streaming services, on Tuesday

(Reuters) – For Walt Disney Co (DIS.N), the ability to sell “Frozen”-themed water bottles at the Magic Kingdom theme park while selling ads during the NBA playoffs has historically been its greatest strength. 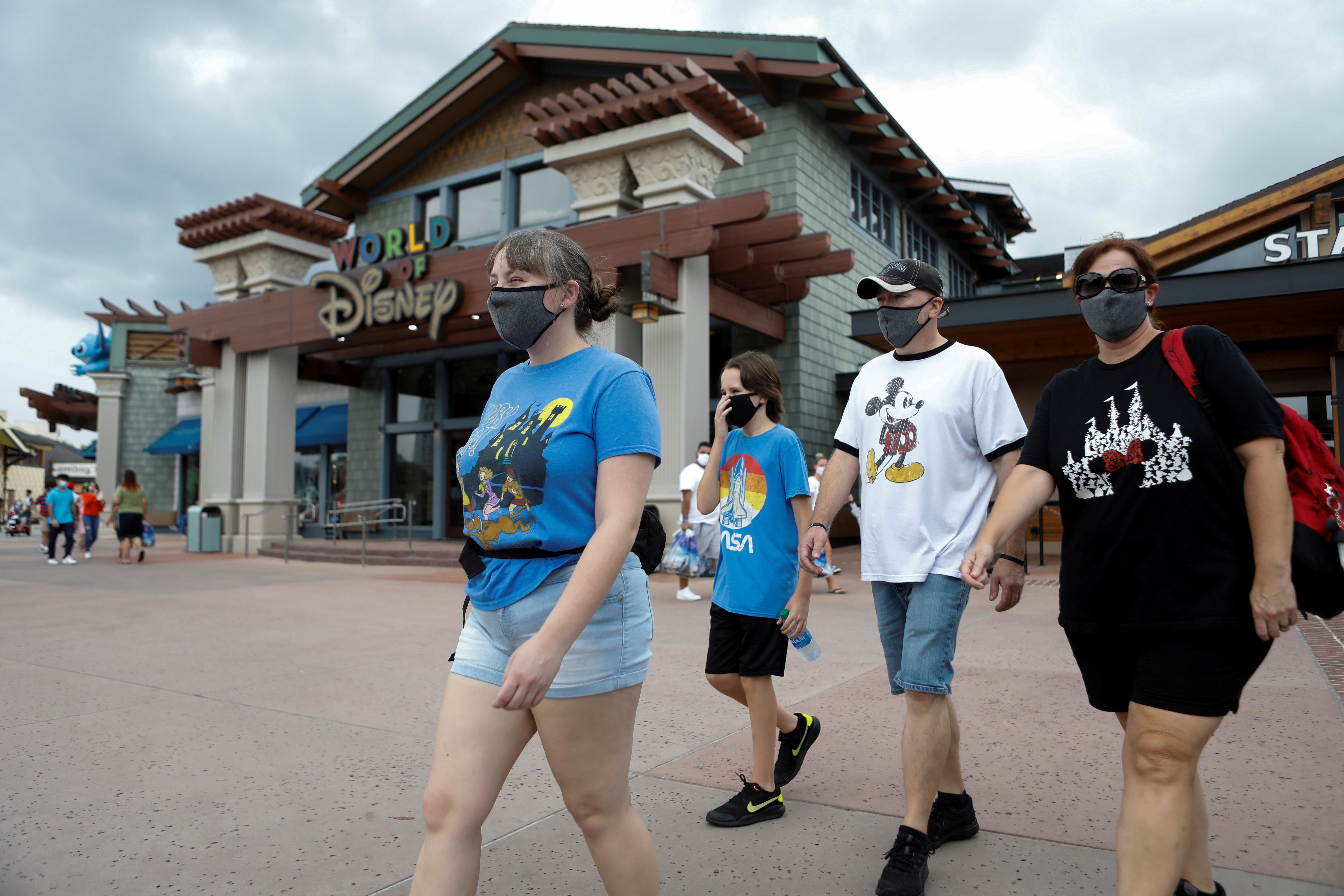 But since the coronavirus pandemic forced theme parks and cinemas to shutter and live sporting events to be canceled, that exposure has made Disney one of the most vulnerable of its peers.

When Disney announces its third-quarter results on Tuesday, investors will gauge how significantly the pandemic has hurt the company’s theme parks, TV networks and studios, while boosting streaming services like Disney+.

Disney’s theme parks are expected to take the biggest hit from the pandemic. The unit is forecast to report a $2 billion quarterly loss, compared with a $1.7 billion profit a year earlier, according to Refinitiv data.

Walt Disney World in Florida reopened in July to limited attendance. But with record-breaking coronavirus infection rates in Florida, can Disney avoid the fate of its Hong Kong park, which reopened only to be closed again as cases spiked?

Analysts are expecting the division to be dragged down by sharp declines at ESPN. They are forecasting a $1.97 billion quarterly profit, compared with a $2.1 billion profit during the same period last year.

ABC missed out on the NBA Finals during the quarter; the league restarted its season on July 30. Major League Baseball’s restart on July 23 – which set TV ratings records on ESPN – has been clouded by a COVID-19 outbreak among Miami Marlins players, causing the league to postpone games. A financial rebound from the return of live sports is uncertain.

Theaters are starting to reopen, but Disney has postponed the theatrical release of “Mulan” and other potential blockbusters. A few smaller movies that had been scheduled to debut in theaters were moved to Disney+.

Analysts expect the studio to post operating income of $356 million, a 55% decline from a year earlier. How and when will Disney fully resume movie production, and what are its plans for films that are already completed?

Disney+ is expected to be a bright spot in the third quarter, as viewers remained at home. As Disney invests in building the service, analysts expect a $1.1 billion loss in the division, about double the loss from the same period last year.

Beyonce’s film “Black is King” debuted on Disney+ on Friday. The company used Disney+ as the platform for its filmed version of “Hamilton,” accelerating its Oct. 15, 2021, theatrical release to July 3 on the streaming service. Will Disney continue to divert hot properties onto Disney+ to maintain its growth streak as the pandemic drags on?