SINGAPORE (Reuters) – The dollar edged toward an almost 2% weekly rise on Friday, boosted by a surge in the oil price and as investors sought safety amid the worsening economic fallout from the coronavirus pandemic. 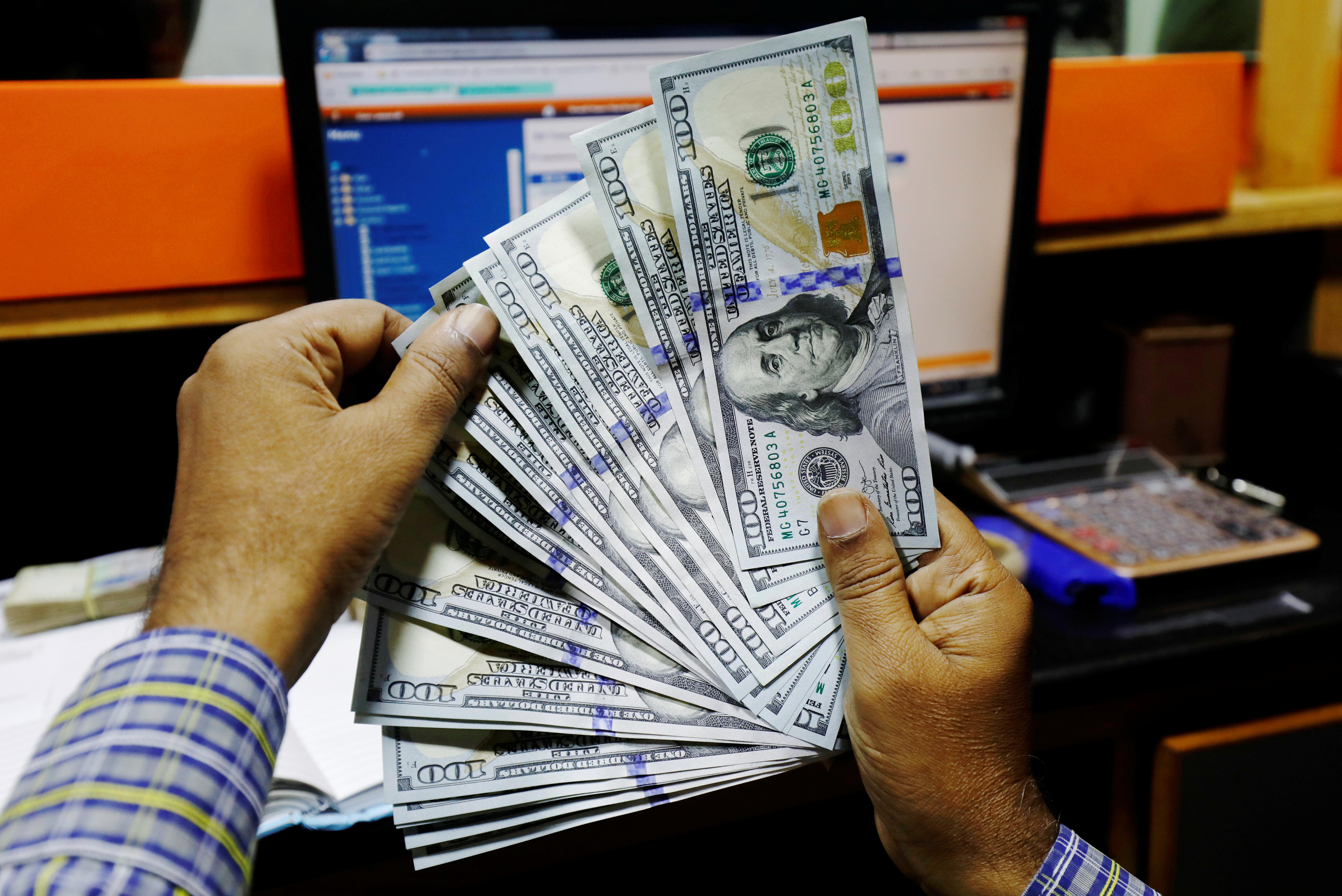 The gains consolidate the dollar’s strength after a topsy-turvy end to last month, which had the dollar soaring in a scramble for cash, then slumping as the U.S. Federal Reserve flooded the market with liquidity.

The largest ever daily gain in crude oil prices helped the greenback to its best day in two weeks against the euro overnight, since the United States is the world’s top oil and gas producer.

Moves in Asian trade were slight since traders are bracing for bad news when monthly U.S. payrolls data is published at 1230 GMT.

The coronavirus pandemic is worsening in the United States and as lockdowns extend, weekly jobless claims already soared to a massive 6.6 million last week.

CBA forecasts a 200,000 drop in employment, higher than the median estimate of a 100,000 drop according to a Reuters’ survey of economists – though like most, they expect far worse to come as the data catches up to the damage in the real economy.

Global coronavirus cases surpassed 1 million on Thursday, with more than 52,000 deaths as the pandemic spread further in the United States and the death toll climbed in Spain and Italy, according to a Reuters tally of official data.

Japanese bank Nomura expects the world economy contracted 18% in the first quarter, on an annualised basis, and is tracking toward shrinking 4% in 2020.

Flows out of just about every asset in emerging markets in to the dollar continue, with MSCI’s emerging market currency index .MIEM00000CUS sitting not far above three-year lows touched last month. [EMRG/FRX]

“Until the virus peaks, we anticipate the selling pressure will prevail and capital outflows will continue, although the biggest wave may have occurred in March,” said Piotr Matys, senior emerging markets FX Strategist at Rabobank in London.

“If a synchronised global recession transforms into depression, then all bets will be off.”