Dow sinks, virus pushes it to sharpest quarterly plunge in over three decades

(Reuters) – Wall Street’s three major indexes tumbled on Tuesday, with the Dow registering its biggest quarterly decline since 1987 and the S&P 500 suffering its deepest quarterly drop since the financial crisis on growing evidence of massive economic damage from the coronavirus pandemic. 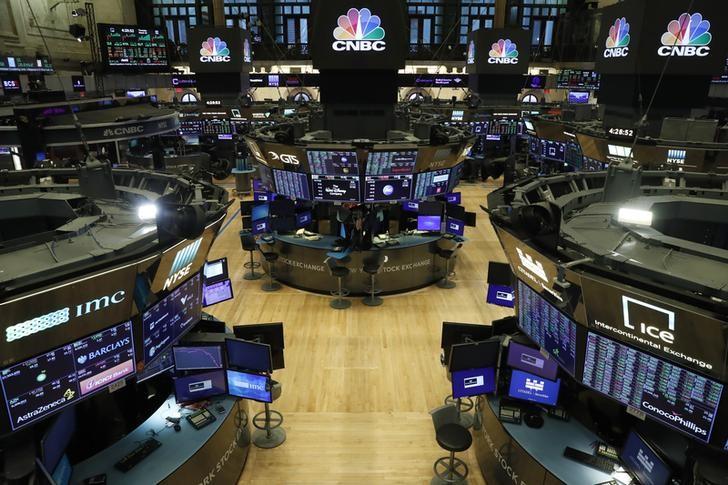 In one of the fastest turns into a bear market, the S&P 500 and the Dow both ended the first quarter more than 20% below the end of 2019, as the health crisis worsened in the United States and brought business activity to a standstill.

It was also the S&P’s biggest first-quarter decline on record as consumers were advised to stay at home, leading businesses to announce temporary closures and massive staff furloughs.

But this was not enough to give investors confidence.

Many investors were also likely being cautious ahead of the release of jobless claims data on Thursday and the March non-farm payroll report on Friday, said Steven DeSanctis, a strategist at Jefferies.

“We’re leading into the end of the week that’s going to have more of the fireworks,” he said.

The technology-heavy Nasdaq registered its biggest quarterly decline since the end of 2018.

The utilities .SPLRCU and real estate .SPLRCR sectors were among the biggest decliners on Tuesday, with 4% and 3% declines respectfully following a recent rally, when investors sought ways to weather the economic slump.

The energy index .SPNY rose nearly 1.6%, boosted by a rebound in prices on the day although crude oil benchmarks ended a volatile quarter with their biggest losses in history, as both U.S. and Brent futures were hammered throughout March by the coronavirus pandemic and the eruption of a price war between Russia and Saudi Arabia. [O/R]

After bouncing between gains and losses, the technology sector .SPLRCT ended the day down 1.9%.

Declining issues outnumbered advancing ones on the NYSE by a 1.25-to-1 ratio; on Nasdaq, a 1.04-to-1 ratio favored decliners.

On U.S. exchanges 13.13 billion shares changed hands compared with the 15.75 billion average for the last 20 sessions.