European shares edge lower at the end of strong quarter

(Reuters) – European stocks slipped on Tuesday, with banks and energy firms leading the losses at the end of a strong quarter, while UK markets took a hit from a worse-than-expected GDP reading. 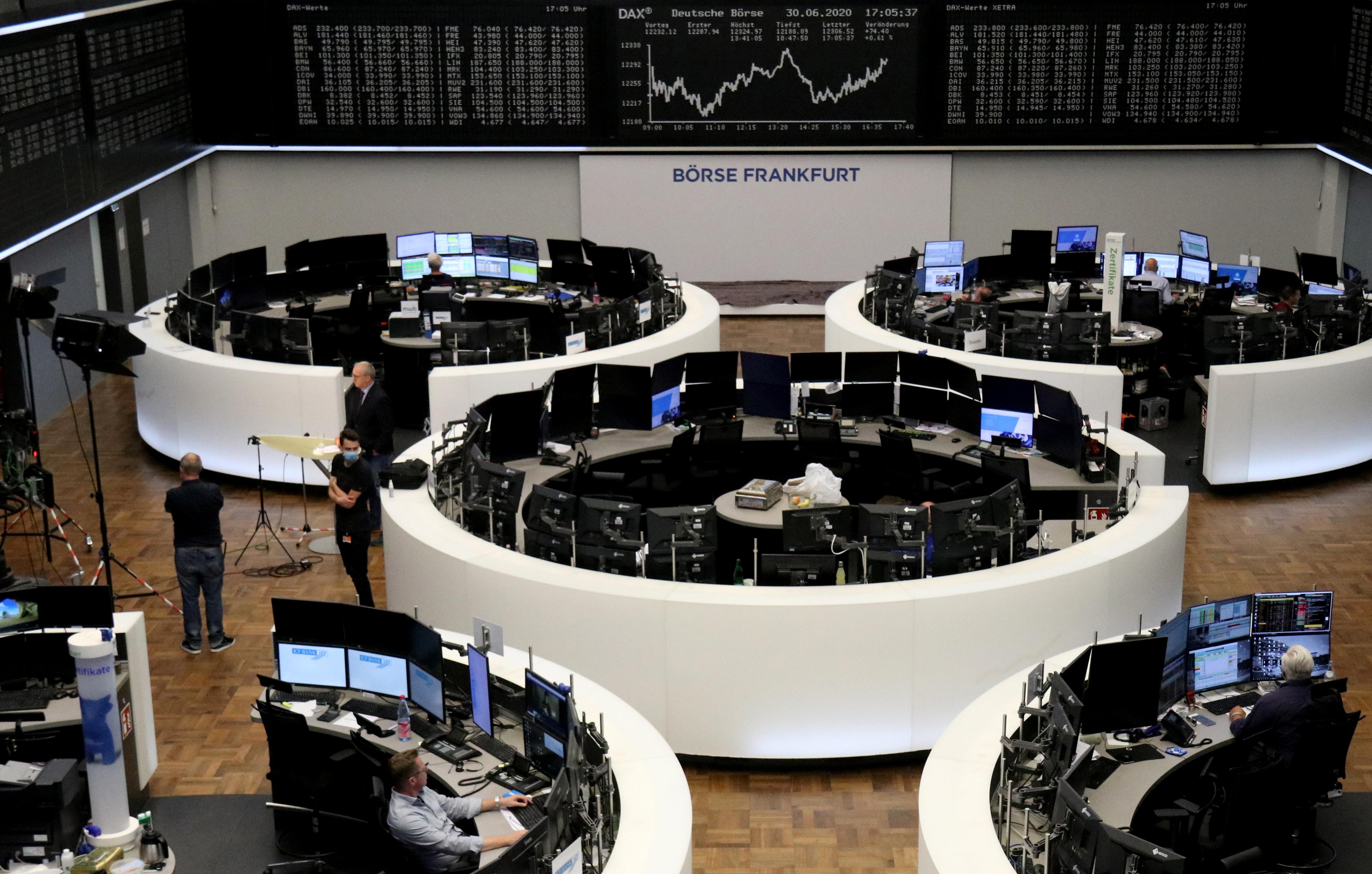 The pan-European STOXX 600 index looked set to post a more than 12% rise in the quarter – its best since March 2019 – as unprecedented stimulus, hopes of a COVID-19 vaccine and relatively fewer virus cases in Europe powered a rebound from March lows.

“The biggest quarterly drop in UK GDP in more than a generation helped contribute to a downbeat feel for the markets,” said AJ Bell investment director Russ Mould.

“Combined with the warning from the World Health Organisation that the worst of the coronavirus pandemic was yet to come, it’s easy to see why investors would be feeling nervous.”

WHO chief Tedros Adhanom Ghebreyesus said on Monday the pandemic is not even close to being over, with many U.S. states marking a record spike in new COVID-19 infections.

UK’s FTSE 100 .FTSE underperformed as data showed Britain’s economy shrank by the most since 1979 in the first quarter of 2020 as households slashed their spending.

Also weighing on the blue-chip index, Royal Dutch Shell (RDSa.L) fell 2.1% after saying it would write down the value of its assets by up to $22 billion after lowering its long-term outlook on oil and gas prices.

Investors will focus on testimony by the U.S. Federal Reserve Chair Jerome Powell and Treasury Secretary Steven Mnuchin later in the day for hints on more U.S. stimulus.

Prosus NV (PRX.AS), one of the world’s largest technology investors, rose 3.9% after reporting a better-than-expected rise in full-year profit.