Home » Business » Europe’s economy is expected to shrink while the U.S.’s grows.

Europe’s economy is expected to shrink while the U.S.’s grows. 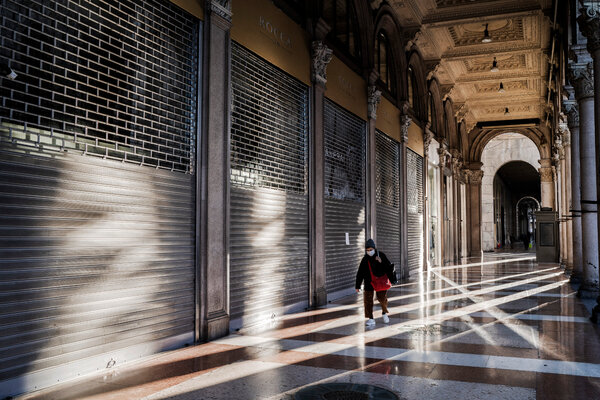 European authorities will release data on Friday that is widely expected to show another economic downturn over the first three months of the year as the still-raging pandemic has prompted governments to extend lockdowns.

Coming a day after the United States disclosed that its economy expanded 1.6 percent over the same period — a robust 6.4 percent annualized rate — the expected European contraction presents a contrast of fortunes on opposite sides of the Atlantic.

Propelled by dramatic public expenditures to stimulate growth, as well as swift increases in vaccination rates, the United States — the world’s largest economy — expanded rapidly during the first months of 2021. At the same time, the 19 nations that share the euro currency were likely caught in the second part of a so-called double-dip recession, reflecting far less aggressive stimulus spending and a botched effort to secure vaccines.

But economic growth figures represent a snapshot of the past, and recent weeks have produced encouraging signs that Europe is on the mend. Even as Covid-19 spreads alarmingly in major economies like Germany and France, factories have revived production, while growing numbers of people are on the move in cities.

The initial lockdowns last year punished Europe’s economies, bringing large swaths of commercial life to a halt. But the current restrictions are calibrated to reflect improved understanding of how the virus spreads. Rather than closing their doors altogether, restaurants in some countries are serving meals on patios or dispensing takeout orders. Roofers, carpenters and other skilled trades have resumed work, so long as they can stay outside.

“We have sort of learned to live with the pandemic,” said Dhaval Joshi, chief strategist at BCA Research in London. “We are adapting to it.”

Vaccination rates are increasing throughout Europe, a trend likely to be advanced by the European Union’s recent deal to secure doses from Pfizer.

In depriving households of the opportunity to spend, the pandemic has yielded savings — money that may surge into businesses as fear of the virus fades.

Most economists and the European Central Bank expect the eurozone to expand at a blistering pace over the rest of 2021, yielding growth of more than 4 percent for the full year.

Still, even in the most hopeful scenario, Europe’s recovery is running behind the United States, a reflection of their differing approaches to economic trauma.

Since last year, the United States has unleashed extra public spending worth 25 percent of its national economic output toward pandemic-related stimulus and relief programs, according to the International Monetary Fund. That compares to 10 percent in Germany.

But Europe also began the crisis with far more comprehensive social safety net programs. While the United States directed cash to those set back by the pandemic, Europe limited a surge in unemployment.

“Europe has more insurance schemes,” said Kjersti Haugland, chief economist at DNB Markets, an investment bank in Oslo. “You don’t fall as hard, but you don’t rebound that sharply either.”