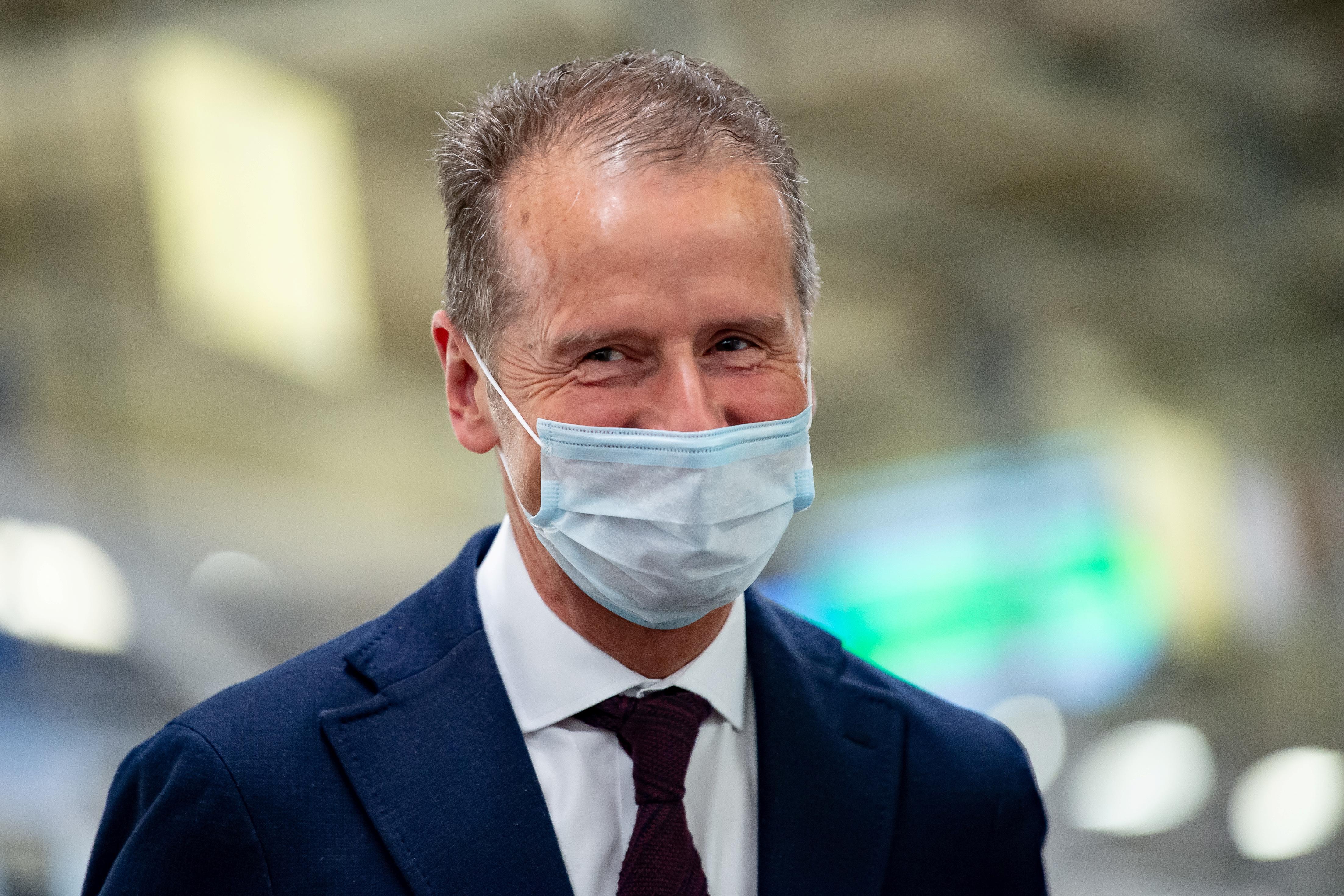 FRANKFURT (Reuters) – Volkswagen’s (VOWG_p.DE) supervisory board will discuss the leadership of the company’s core VW brand at an extraordinary meeting due to be held on Monday, sources familiar with the discussions told Reuters.

Herbert Diess, who is currently head of the VW brand, will still retain his responsibilities as chief executive of the Volkswagen Group, which includes Skoda, Audi, Porsche, Bentley, Bugatti and Lamborghini brands, the sources said.

The power struggle at the top of the world’s largest carmaker comes as Diess attempts to push through painful cuts with the company’s labour leaders who control 9 of the 19 seats on the company’s supervisory board.

Together with directors from the German state of Lower Saxony, which controls a 20% stake in the carmaker, labour leaders can veto significant decisions by Volkswagen’s management.

Diess has been pushing to cut costs on VW’s home turf to help pay for a 34 billion euro ($38.4 billion) investment into electric and autonomous cars and 50 billion euros for battery cell procurement.

His grip on the multi-brand car and truck manufacturer seemed to have increased after German prosecutors last month dropped a market manipulation probe against Diess.

Diess was appointed head of the VW brand in 2015 after defecting from BMW (BMWG.DE) and then climbed to the position of group CEO in April 2018.