Home » Business » Finance executives say the risk of a default is already damaging the economy.

Finance executives say the risk of a default is already damaging the economy. 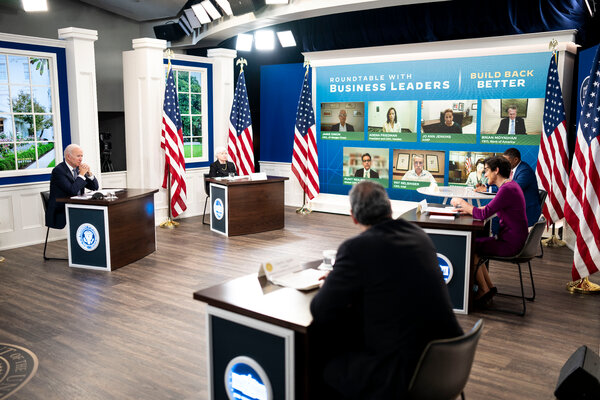 President Biden met with finance executives on Wednesday as he continued to try to put maximum pressure on Senate Republicans to raise the debt ceiling before Oct. 18, the date the Treasury Department has said the United States would go into default.

Shortly after the meeting, Senator Mitch McConnell, the minority leader, seemed to relent from his opposition to allowing Democrats to lift the ceiling in the short term through regular channels. He said he would “allow Democrats to use normal procedures to pass an emergency debt limit extension at a fixed dollar amount to cover current spending levels into December.”

The executives all warned that the economy would be threatened should the country default on its debts for the first time in history.

“It’s already beginning to cause some damage in the economy,” Jane Fraser, the chief executive of Citigroup, told the president. “It will hurt consumers. It will hurt small businesses.”

“It’s not an exaggeration to say that even small distortions in the Treasury market can cost taxpayers tens of billions of dollars over many years,” she added, referring to the market for bonds issued by the Treasury Department.