Home » Business » Housing Parents in a Pandemic: How About the Backyard?

Housing Parents in a Pandemic: How About the Backyard?

Marla Torrado and her husband, Adam Keeling, started thinking about building a second home as soon as they bought their first.

“The house is on a pretty big lot, so we thought about putting something behind it that we’d rent out for extra income,” Ms. Torrado said of their property in Austin, Texas. “But then I started talking to my parents about them moving closer to us. And we were like, ‘What if they moved into our backyard?’”

The couple began construction in 2017 on an accessory dwelling unit, also known as an A.D.U., a broad term for a secondary housing structure built on the property of an existing home. Auxiliary apartments of all types have been a popular means of earning rental income for decades, as well as a way to keep aging family members close. (You may know them by their more antiquated nicknames, like “mother-in-law suites” or “granny flats.”)

In recent years, though, urban planners and policy wonks have hailed them as a major solution to growing housing shortages for the country’s ballooning senior population. The option is especially attractive in denser areas where homes are typically expensive and unfit for people who might someday struggle with stairs and slippery bathtubs.

In January, California enacted sweeping regulations to make construction of the units more affordable, praising their ability to “give homeowners the flexibility to share independent living areas with family members and others, allowing seniors to age in place as they require more care.” Across the country, the coronavirus has accelerated demand, too, as families look to hunker down together.

“Especially at the beginning of the pandemic, we heard from a lot of people who wanted to build an A.D.U.,” said Adam Wall, an architect who lives in Atlanta and New York City. “You could hear the urgency in their voices, like, ‘How quickly can we do this?’”

Compounding the frenzy was a growing distrust for senior living facilities and retirement communities, as some have been deadly hot spots for the virus.

“The pandemic has forced people to look at nursing homes and ask themselves, ‘Do we need more housing options for older people?’ And the answer is yes,” said Rodney Harrell, who develops AARP’s policy on housing. “We don’t have the right mix of available housing for older people with varying levels of needs, and A.D.U.s are a way to help us fill in those gaps.”

While these units certainly won’t replace nursing homes, Mr. Harrell added, they can provide a safe, comfortable alternative for those who need some day-to-day assistance — or want to plan for when that day comes. 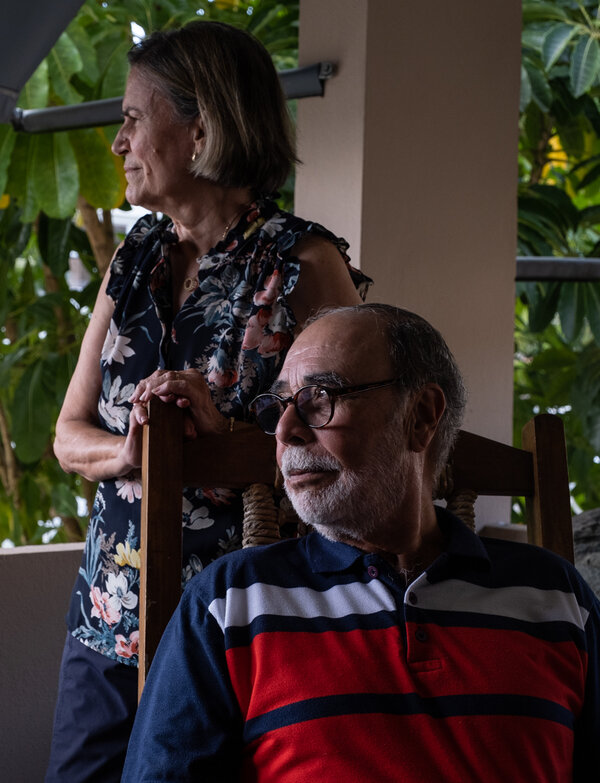 Over the past two decades, A.D.U.s have gained their strongest foothold in Pacific Northwest cities like Portland and Seattle (not by coincidence, two municipalities that have also seen explosive population growth and rising housing costs during that time). Portland is home to one of the dwelling movement’s most outspoken proponents, Kol Peterson, an architect and the author of “Backdoor Revolution: The Definitive Guide to A.D.U. Development.”

Mr. Peterson has pushed for making zoning laws friendlier to accessory dwellings and for educating homeowners about their advantages. Now, he said, the units are more desirable than ever.

“With the coronavirus, it’s become increasingly evident that A.D.U.s can provide a critical flexibility on your property,” Mr. Peterson said. “It can fill a number of roles that you may never have needed before, like providing a place for your aging parent to live instead of a nursing home, or for your boomerang kid to come back to when they’ve lost their job, or for you to work remotely.”

Affording it is another story, though. Building costs can run from $160,000 to more than $400,000. That’s still generally cheaper than buying a separate property or paying for a senior living facility for a long period. But securing the loans, which people usually do by taking out a home equity line of credit, and obtaining permits can take months, if not longer. That’s why there’s often a lag between interest in the dwellings and their construction.

“We probably won’t see the uptick of interest in A.D.U.s manifest itself in actual housing data for another year or two,” Mr. Wall said.

One of his clients, Eva Mauldin, 31, started the process of designing a unit for her backyard in Atlanta before the pandemic hit. Her mother, Cary Childre, 65, plans to move into it when she retires from her nursing job and sells her home in Athens, Ga., in the coming years. The virus put their plans on hold, as both Ms. Mauldin and her husband work in the hospitality industry and wanted to make sure their jobs were stable before proceeding. Still, they remain more committed than ever.

“The pandemic solidified that an A.D.U. was a good idea,” Ms. Mauldin said. “The thought of having Mom here with us makes the future less scary.”

Her mother plans to help out with potential grandchildren in the future; conversely, Ms. Mauldin and her husband could eventually provide more hands-on care for her mom at home.

“It’s an expensive decision, but it seems like it’ll really be worth the money,” Ms. Mauldin added.

Finding creative ways to build multigenerational compounds isn’t just for those who can afford it — nor is it new. Jacob Wegmann, an urban planner and a professor at the University of Texas at Austin, wrote his graduate school thesis about the influx of non-permitted A.D.U.s built in southeast Los Angeles during the 1980s and ’90s.

“They were especially common in neighborhoods with large numbers of Latin American immigrants, where multigenerational housing was part of the culture,” he said.

Illegal A.D.U.s aren’t nearly as widespread anymore, but multigenerational households are on the rise. After declining to its lowest point in 1980, the number of adults living on the same property with their parents or grandparents was close to its 1950 peak again by 2016, at 20 percent of the American population, according to a recent Pew analysis.

Let Us Help You Better Understand the Coronavirus