Home » Business » How to Laugh at Work

How to Laugh at Work

The DealBook newsletter delves into a single topic or theme every weekend, providing reporting and analysis that offers a better understanding of an important issue in business. If you don’t already receive the daily newsletter, sign up here. 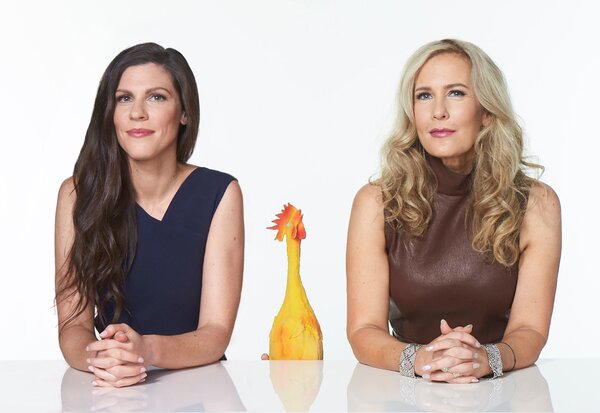 In 2014, the behavioral scientist Jennifer Aaker invited Naomi Bagdonas to give a guest lecture as part of her Stanford business school course on “The Power of Story.”

Unbeknown to many, Ms. Bagdonas, a media and strategy consultant who was completing her M.B.A. at Stanford at the time, also spent evenings and weekends performing improv at comedy clubs.

Though the lecture was ostensibly about combining stories and data, with detours into factor analysis and neurochemistry, Ms. Aaker watched with delight and surprise as students laughed to the point of tears over Ms. Bagdonas’s delivery. And when the course evaluations came in, students recalled Ms. Bagdonas’s points with more clarity and detail than they did for almost any other guest speaker.

If stories have power, it seemed, funny ones had something close to magic.

Ms. Aaker and Ms. Bagdonas now teach a course together at Stanford called “Humor: Serious Business,” which shows aspiring executives and entrepreneurs how to leverage laughter for better relationships and business results. They’ve also distilled their findings into a new book, “Humor, Seriously: Why Humor Is A Secret Weapon in Business and Life.”

If you explain a joke, its force disperses. The whole point of “The Office,” after all, is that it’s agony to work with a self-appointed comedian. And the framing of humor as a tool of self-advancement is somewhat unsettling, evoking the image of a sociopath calmly studying the human psyche’s soft spots to exploit them for professional gain.

Humor at work is much less about wisecracks than about levity: the shared moments of lightness that propel relationships forward and balance the seriousness of labor.

Levity is strikingly absent from a lot of adult life, particularly in professional settings. “On Tuesday, I did not laugh once. Not once,” a Stanford student wrote once in the “humor audit” the instructors ask students to fill out at the start of the term.

Levity is a powerful bonding agent. A workplace that embraces laughter is likely one that also encourages the kind of creativity, authenticity and psychological safety that allows people to perform their best. Humor is a Trojan horse for humanity — and that, Ms. Aaker and Ms. Bagdonas argue, is the thing that knits people and organizations together.

DealBook caught up with Ms. Aaker and Ms. Bagdonas over Zoom to learn more about professional levity, what comedy and sports have in common, and why a leader doesn’t have to be funny to build a team that embraces humor. The conversation has been edited and condensed.

DealBook: What do people not understand about humor when they first come to your class — or open your book?

Bogdanos: In the book, we break down four myths of humor. The first is the “serious business” myth, which is the idea that levity undermines the mission of your work, that you can come off as not taking your job seriously if you’re joking around. This is simply not true.

Managers with a sense of humor are more motivating and admired. Their employees are more engaged. Their teams are more likely to solve a creativity challenge. There’s all this evidence around the R.O.I. of humor.

And then the failure myth: People think that failing at humor is going to have these huge repercussions. We teach our students that it’s so much less about telling jokes. It’s about cultivating joy.

There’s the “being funny” myth, which is that humor is about cracking jokes. Again, it’s really not about that. It’s about being more generous with your laughter. It’s about naming truths in our lives and giving a window into our humanity.

And then lastly, the “born with it” myth, which is the idea that our sense of humor is either there or it’s not. In fact, it is a muscle that we can work.

You make a great analogy in the book comparing the relationship between levity, humor and comedy to that between movement, exercise and competitive athletics.

Bagdonas: Levity is a mind-set, an inherent state of how you approach the world. Similarly, movement is how we move through space. Minor adjustments in the way that we move, or in our mind-set around levity, have major adjustments in how we feel and how people interact with us.

Humor then channels levity toward these specific goals. When you go for a run, you are using movement in a specific way. In humor, you hone levity into a specific outcome.

Similarly, with comedy and with sports, there are specific moves you can make to get the outcomes you want. Comedians know exactly how to pause before the punchline, how to construct sentences, how to use the “rule of three” or contrast or exaggeration to get the outcome they want — which is, in this case, laughs. It’s just like how athletes know the exact form that they should use.

That’s a good analogy. You can have a healthy, happy life as someone who exercises regularly but never crosses over into athletic competition. It sounds like it’s also fine to be a person who appreciates humor but prefers not to be the one cracking jokes.

Aaker: It’s not about “trying to be funny.” That’s the Michael Scott problem. Dick Costolo, the former C.E.O. of Twitter, has said: “The easiest way to be funny is not to try — instead, just look for moments to laugh.” This isn’t about being funny. This is about being generous with laughter. You’re empowering others to use it, and showing up much more as a human — not a clown.

How can leaders ensure the humor they’re encouraging is appropriate?

Aaker: Many people who have used humor to good effect in the past often equate humor with their style of humor. Like, “I just threw out a joke, it didn’t land, I think it would have two years ago, therefore the world is not funny anymore.” The calculation is not that the world is humorless, per se. It’s that we need to better understand the diversity of humor styles that other people have, and better understand — through empathy more than anything else — how to better read a room and understand the dynamics of status.

What’s interesting is that while trust in leadership is plunging — which is a problem for leaders who have used the same old jokes for a while — those organizations that somehow manage to maintain a high-trust environment are thriving.

We know that when employees rate what characteristics inspire trust, their answers are things like, “My boss speaks like a regular person.” We’re living in a time when empathy, inclusivity and authenticity are important for all leaders. Humor is actually a secret weapon that can serve them well.

So how do we keep levity alive on remote teams, when you don’t have the in-person benefits of facial expression and tone — or feel like you have much to laugh about?

Bagdonas: This was such a pressing need that at the beginning of the pandemic that we created a course called “Remotely Humorous,” which is all about having humor in remote teams.

Part of this is creating space for it. We need to have a norm that at the beginning of every call, we just talk like humans rather than jump right into the agenda. We talk about what just happened with our kids, or whose dog is running around in the background or what genuine mishap has happened in people’s lives due to this pandemic.

Even though maintaining levity feels harder, there are also more creative ways to do it. It’s also more important than ever because the more technology-mediated our communication becomes, the easier it is to leave our humanity and our sense of humor at the door. When we’re constantly talking through machines, it’s easier to behave like one as well.

What counts as boundary-pushing comedy to one person is downright rude to another. Here are rules for checking yourself to ensure your “material” doesn’t cause pain, according to Ms. Aaker and Ms. Bagdonas:

Examine the truth. Is this observation still true or appropriate to share when the humor is removed? They offer the example of a recent Cisco hire who tweeted about having to weigh “a fatty paycheck against … hating the work.” It may have been intended as a laugh, but it essentially said that the author disliked the potential new employer. The joke failed and the offer was rescinded.

Consider the pain and distance. Is it “too soon” to make a crack about a troubling recent event? Are you, the attempted jokester, not close enough to the issue to truly share the pain you’re trying to laugh about?

Read the room. Are people in the mood for a laugh? Are there cultural differences, status differences or other reasons your audience might feel awkward about fielding a joke? The goal of office humor isn’t to get a laugh; it’s to make everyone in the room feel lighter and more at ease.

Steve Carell’s portrayal of Michael Scott on “The Office” is the perfect case study of how not to be funny at work. For better ideas, Ms. Aaker and Ms. Bagdonas suggest checking out these comedians instead:

The comedian and writer for shows like “The Good Place” and “The Late Late Show With James Corden” finds the funny in everything, including technology’s tendency to overcomplicate our personal and professional lives.

The host of “The Amber Ruffin Show” has been a writer on “Late Night With Seth Meyers” since 2014. She regularly appears with co-writer Jenny Hagel in the segment “Jokes Seth Can’t Tell,” where the two women deliver punch lines that would sound wrong coming from a straight white guy’s mouth, in any setting.

What do you think? Is work better when there’s humor or should it be strictly business? Let us know: [email protected].