Home » Business » ‘I was committed to being single, and she changed that’

‘I was committed to being single, and she changed that’ 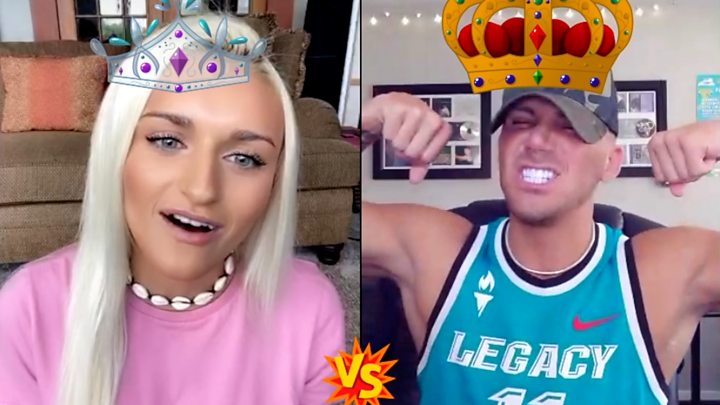 Television game shows have made dating a form of entertainment for the masses for decades. More recently reality TV has adopted the genre, with hits like Love Island and First Dates. Now the phenomenon has moved online – and anyone can play.

“I remember it as if it were yesterday. I was so nervous to even say, ‘Hi’. The first time I saw him smiling, my heart told me. ‘That’s the one, I’m going to make that man happy whatever it takes.”

Ericka’s heartfelt letter (which she published on social media) recalling the first time she met boyfriend Lex sounds like a timeless tale of love. But read on a bit further and it becomes apparent that this is a love story with a very modern twist: 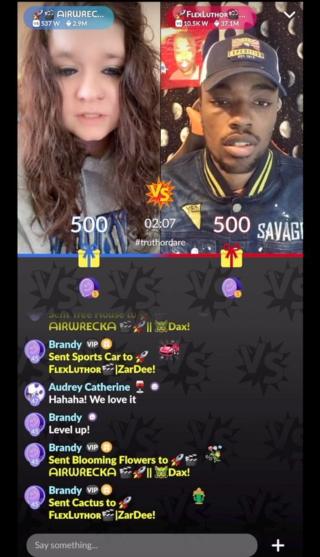 Ericka and Lex live in the US and met on popular dating app MeetMe. Users broadcast live from their phones and then interact with people who tune in.

This live vlogging format includes a series of live dating game shows. Livestreamers are paired up to see if there is any chemistry between them. Viewers comment on a “stream” underneath, in real time. In fact quite a bit of the date can involve participants responding to these comments – a bit meta, but handy when the conversation runs dry.

Ericka began as what’s known as a “lurker”. She watched Lex’s dates. Liking what she saw, she plucked up the courage to comment. Then she put herself forward for the “guest box”, meaning she herself would have a video date with him – while others watched on.

Ericka and Lex are not the only couple to have got together this way.

Neither had been on other dating sites before, but they didn’t come on the platform with the intention of “dating”, they say. They just wanted to “stream” and meet people.

She watched popular livestreamers for inspiration and saw Kevan. “I promised I would never catch feelings, but when something is right in your gut, you take it,” she remembers.

Like Ericka, she appreciated the way she could see how Kevan behaved with different types of people on the app, which gave her a measure of him as a person.

When they met for the first time offline, in Orlando, Florida, Haley says it was “a dream come true”.

“Every second was perfect. God has blessed me in so many ways, but Kevan is my favourite prayer that he has answered.”

They still stream together on the platform individually and as a star couple. Sometimes they even take part in “dates” with other people, on the understanding that “nothing can go beyond a crush”.

MeetMe is part of a suite of dating apps run by US company The Meet Group. Others include Skout, Tagged (which focuses on an African-American audience) and LOVOO (an app developed in Germany, which MeetMe bought).

Between them they have more than 15 million users and on average 180,000 dating games are played each day, with more than one million people watching the live dates unfold – mainly in the US, though some in the UK too.

The group’s chief executive Geoff Cook describes the platforms as “a public version of speed dating” and compares them to Twitch, where huge audiences watch computer gamers play and interact with their favourite stars.

Like Twitch, the most popular “daters” can make money, as audiences send them virtual gifts – suitably romantic, like roses and chocolates – which can be converted to cash.

You buy a virtual gift like you would buy someone a drink at a bar, to get that person’s attention, explains Cook.

Though a top livestreaming dater can make close to $1m (£750,000) a year, Cook says the vast majority don’t make much money. Most users are there to flirt, have fun and find a real-life partner in their locality.

Some users are also there to harass and leave lewd comments. So the livestreams are monitored by both human moderators and computer software, searching for abusive language.

“Dating apps have been evolving toward ever-increasing authenticity and nothing is more authentic than live video,” says Cook. Lockdown has accelerated that trend, making people accustomed to live video calls for remote work and keeping in touch with family members, he reckons.

The number of dating games being played on the apps has nearly doubled since lockdown.

It first got big in China with the Momo app, she says, even though the country has such a different culture to the US.

Lester wrote a popular dating blog in London for many years and has since worked as a consultant for dating companies.

She is not surprised by the rise of live video dating and the voyeurism that goes with it.

“When I first started my dating blog, I thought the only people who would be interested were other singles, but you suddenly realise that dating is something that fascinates everyone, even people in couples.”

Being in the audience for a date on an app allows you to “test the waters”, she says.

There is still a little bit of a stigma around dating sites and the “gamification” of it helps to get round this, she thinks.

Lester reckons live dating with an audience is a new trend that will prove popular beyond specialist apps like MeetMe, though more formal dating platforms, which use detailed questionnaires to match people, may resist it.

Meanwhile, some aspiring dating stars are using other social media platforms to create their own live dating shows.

The fashion blogger was ready to give up on apps like Tinder, but lockdown proved a turning point.

Her friends decided – with her consent – to find some eligible bachelors, then set up a series of live dates on Instagram, using her account.

A few other influencers had broadcast dates this way too and dating app Bumble had created a weekly chat show on Instagram Live called Virtual Dating Dial In.

Some men declined the date with Urszula when they learned it would be broadcast live.

Those who took part had their charm rated by Urszula’s thousands of followers, who voted on whether there would be a second date.

Urszula says the feedback has changed her approach to dating.

She learned that she often cuts men off mid-sentence and is now a better listener.

She also learned to be more open-minded about the kind of person she was looking for.

But was the project really about finding love, or finding new followers? She is after all a social media influencer, who grows more powerful as her audience increases.

“You don’t do it to grow your followers, that’s not cool,” says Urszula.

Since the outbreak of coronavirus people are no longer satisfied with “a shallow interaction like swiping and a handful of text messages”, says Geoff Cook of the Meet Group.

Video has become by default a way to filter out people you have met on apps, to decide who you actually want to meet in person, he says.

But broadcasting these video dates themselves, as entertainment to spectators, is that not a little, well, shallow?

The usual criticism of dating apps is the excess of choice, says Cook. This makes people restless and unlikely to commit to a relationship.

Observing how someone behaves in a livestream means you get to know the person better, he says. “And once you’ve connected with someone, how you met is secondary.”

Kevan and Haley, who are both committed Christians, agree on this. Asked if they would be happy to tell any future grandchildren that they met on a live online date, Haley says: “Everyone’s scared or embarrassed to say we met on Tinder, or whatever, because they think people use these apps for bad reasons, but this is our truth so it’s what we’re going to say.”

“The cool thing about livestreaming, and Haley knows this,” says Kevan, “is we weren’t looking for love. I was committed to being single, and she changed that.”