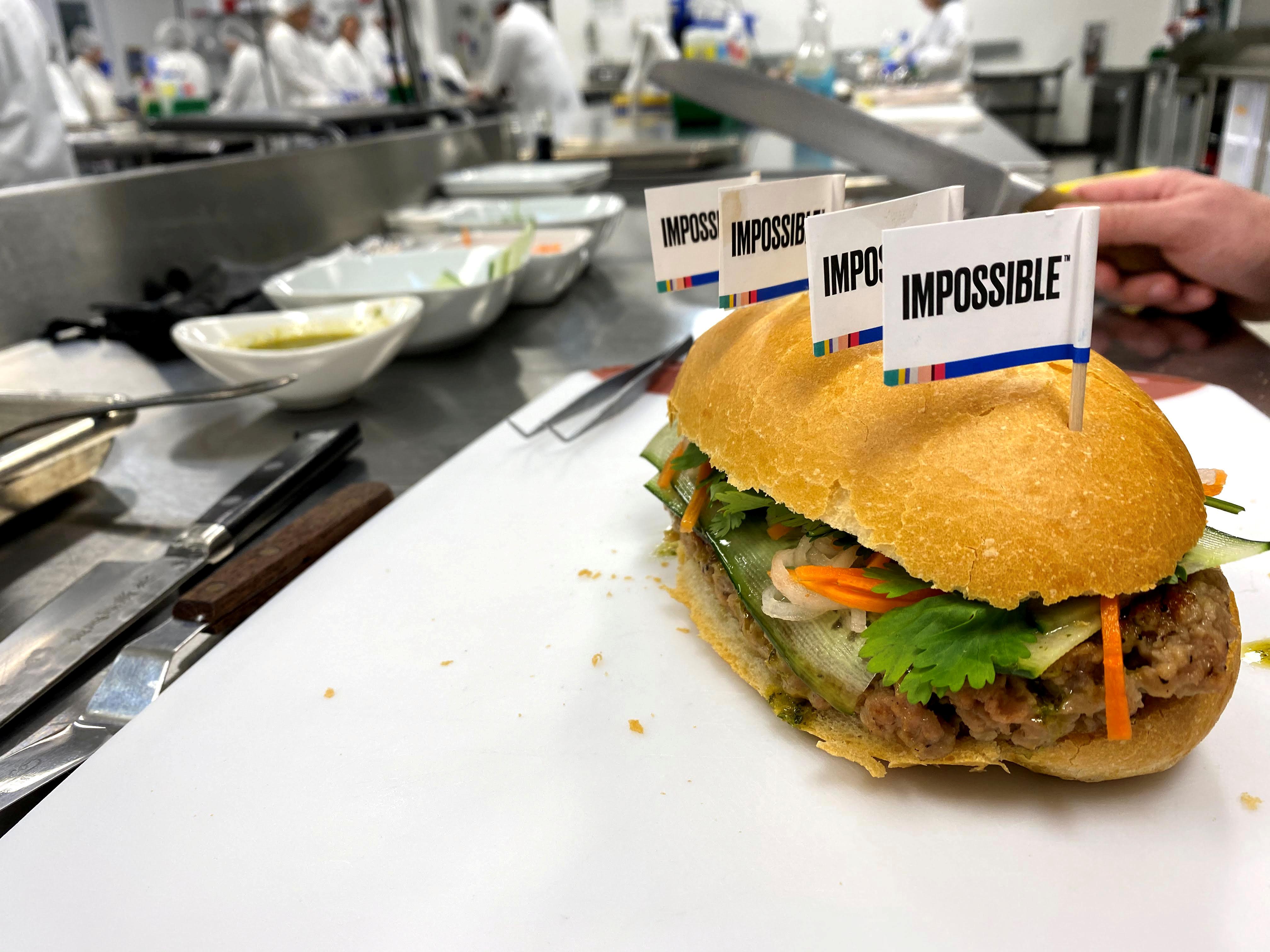 (Reuters) – Impossible Foods’ flagship burgers will be sold at more than 2,100 Walmart Inc stores in the United States, the plant-based meat maker said on Thursday, as it tries to boost its retail presence in the face of subdued sales to restaurants due to the coronavirus crisis.

The company, which also partnered with supermarket chain Kroger Co in May, said its products would now be available at more than 8,000 U.S. retail stores, marking a 50-fold increase in its retail footprint in less than six months.

Impossible Foods and rival Beyond Meat Inc have recently struck high-profile deals with several restaurant chains, including Subway and Yum Brands Inc, but have had to arrive at new strategies to stay afloat.

In June, Impossible started selling its burgers online in the United States through its website after beef prices shot up as the pandemic forced several meat plants to shutter.