Home » Business » ‘It Was a Joke’: Some Small Businesses Got $1 Relief Loans

‘It Was a Joke’: Some Small Businesses Got $1 Relief Loans

The Paycheck Protection Program was a lifeline for millions of small businesses brutalized by the pandemic. Over a four-month span, the government program distributed $523 billion in forgivable loans to more than five million companies. The average recipient got just over $100,000.

And then there were the roughly 300 business that received loans of $99 or less.

Judith Less, who runs a thrift shop in New Jersey, got $27. Nikki Smith, a baker and caterer in Oregon, collected $96. A.J. Burton, the founder of a record label in Arkansas, got $78. And Susana Dommar, a chiropractor in Texas, received a loan for just $1.

Stephanie Ackerman, a self-employed college admissions consultant, was shocked when her loan deposit, for $13, showed up in her bank account.

The tiny sums were equally frustrating for the banks and other lenders that made the government-backed loans. For each, they were paid 5 percent of the value — meaning they collected just pennies on the smallest loans, far less than they cost to make. Ms. Ackerman’s loan netted her lender, Bank of America, a fee of 65 cents, paid by the government.

The profusion of minuscule loans is yet another illustration of how the relief program’s hastily constructed rules sometimes led to absurd outcomes. And they’re poised to be repeated: In last month’s stimulus package, Congress allocated $284 billion to restart the loan program, which ended in August, and give a second round of loans to the hardest-hit businesses. Lending is scheduled to begin this week.

Congress created the Paycheck Protection Program in late March to help small businesses retain their employees through what lawmakers anticipated would be a short disruption.

Sole proprietors — self-employed entrepreneurs, including freelancers and gig workers who drive for Uber and Lyft and make deliveries for companies like DoorDash — were an afterthought. They weren’t eligible to apply for loans in the program’s first week. When it did expand to include them, the government created an alternate set of rules that blocked those individuals from receiving loans unless their business was profitable. That restriction did not apply to larger companies — meaning that unprofitable companies were eligible as long as they had salaried employees.

Small businesses were eligible to borrow 2.5 times their average monthly payroll, up to $10 million, to cover their workers’ wages and some other expenses, like rent and utilities. So long as most of the money was spent paying workers, the loan could be fully forgiven, giving recipients a rare infusion of free money to help them endure shutdowns and other disruptions as the pandemic wore on. 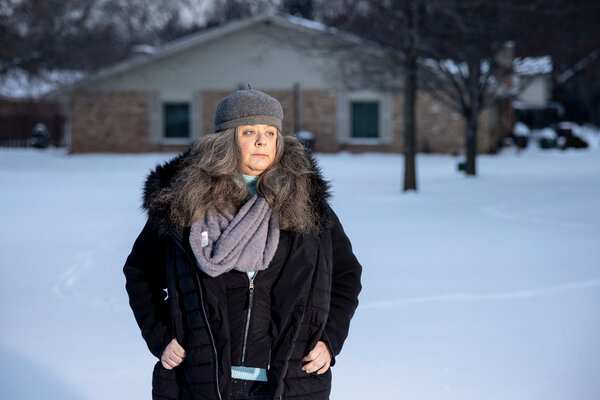 For companies without salaried employees, the Small Business Administration, which ran the P.P.P., told banks and other lenders to look at the profit the business owner reported on their 2019 taxes — even though payroll and profit are totally separate measures of a company’s business activity.

The loan that went to Amy Jeanchaiyaphum, a photographer in Minnetonka, Minn., illustrates the pitfalls of that approach. Ms. Jeanchaiyaphum, like most sole proprietors, doesn’t pay herself a fixed salary. Any money she makes first goes to cover her company’s expenses; she lives on the remainder. In 2019, her gross sales added up to a modest five-figure sum, according to her tax return.

After taking legally allowed deductions for equipment, insurance, travel costs and other operating expenses, Ms. Jeanchaiyaphum reported and paid taxes on a profit of $458. Following the S.B.A.’s rules, her lender, Wells Fargo, treated that as her annual salary and issued her a loan in August for the maximum amount for which she qualified: $95. (For that, the bank collected a $4.75 fee.)

When she saw that number, Ms. Jeanchaiyaphum assumed she must have made a mistake on her paperwork. She tried without success to speak with someone at Wells Fargo. She also reached out to the local S.B.A. office, where she said an official told her the loan couldn’t be increased. Frustrated and defeated, Ms. Jeanchaiyaphum accepted the tiny loan.

S.B.A. representatives did not answer repeated questions about the rules the agency created for sole proprietors. But lenders and accountants — who have spent months poring over the program’s complicated and frequently revised rules — noted that the relief effort was focused on minimizing job losses, not preserving struggling businesses.

“What’s payroll for a solo entrepreneur?,” said Sean Mullaney, a financial planner in California who worked with several clients on their loans. “This was created in almost in a fog of war, and there’s lots of scattershot things in it.”

Unprofitable and Out of Luck

Sole proprietorships are the most common business structure in America, accounting for around 26 million businesses, according to the latest I.R.S. data. Many are sidelines — workers who pick up an occasional freelance project or collect royalties report it on their taxes as business income — but millions of people rely on their business income as their primary source of support.

Yet, because of the S.B.A. edict that sole proprietors had to be profitable to get a P.P.P. loan, many didn’t qualify. Nicole Davis, an accountant in Georgia who specializes in small businesses, estimates that about 60 of her sole-proprietor clients were locked out of the relief program because their companies are not profitable.

Answers to Your Questions About the Stimulus Bill

The economic relief package will issue payments of $600 and distribute a federal unemployment benefit of $300 for at least 10 weeks. Find more about the measure and what’s in it for you. For details on how to get assistance, check out our Hub for Help.