Home » Business » Movie theater chain in Los Angeles, forced to close by the pandemic, will not reopen.

Movie theater chain in Los Angeles, forced to close by the pandemic, will not reopen. 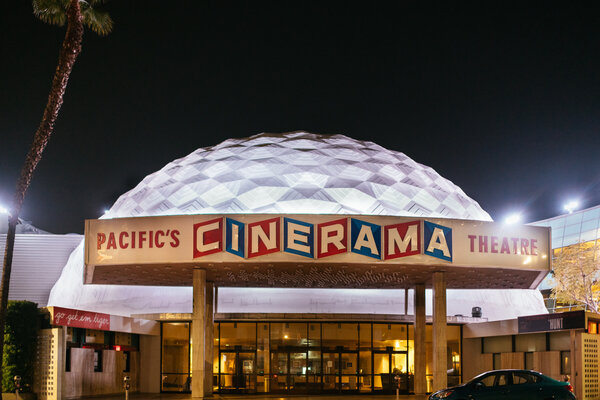 ArcLight Cinemas, a beloved chain of movie theaters based in Los Angeles, including the historic Cinerama Dome in Hollywood, will permanently close all its locations, Pacific Theatres announced Monday, after the pandemic decimated the cinema business.

ArcLight’s locations in and around Hollywood have played host to many a movie premiere, in addition to being favorite spots for moviegoers seeking out blockbusters and prestige titles. They are operated by Pacific Theatres, which also manages a handful of theaters under the Pacific name, and are owned by Decurion.

“After shutting our doors more than a year ago, today we must share the difficult and sad news that Pacific will not be reopening its ArcLight Cinemas and Pacific Theatres locations,” the company said in a statement.

“This was not the outcome anyone wanted,” it added, “but despite a huge effort that exhausted all potential options, the company does not have a viable way forward.”

Between the Pacific and ArcLight brands, the company owned 16 theaters and more than 300 screens.

The movie theater business has been hit particularly hard by the pandemic. But in recent weeks, the majority of the country’s largest theater chains, including AMC and Regal Cinemas, have reopened in anticipation of the slate of Hollywood films that have been put back on the calendar, many after repeated delays due to pandemic restrictions. A touch of optimism is even in the air after the Warner Bros. movie “Godzilla vs. Kong” has generated some $70 million in box office receipts since opening over Easter weekend.

Still, the industry’s trade organization, the National Association of Theatre Owners, has long warned that the punishing closures were most likely to affect smaller regional players like ArcLight and Pacific. In March, the Alamo Drafthouse Cinema chain, which operates about 40 locations across the country, announced that it had filed for Chapter 11 bankruptcy protection but would keep most of its locations operational while it restructured.

That does not seem to be the case for Pacific Theatres, which, according to two people with knowledge of the matter, fired its entire staff on Monday.

The reaction to ArcLight’s closing around Hollywood has been emotional, including an outpouring on Twitter.