(Reuters) – Ford Motor Co named Jim Farley its new chief executive on Tuesday as the No. 2 U.S. automaker wrestled with restructuring its global operations amid the ravages of the coronavirus crisis that has forced it to take on large amounts of debt. 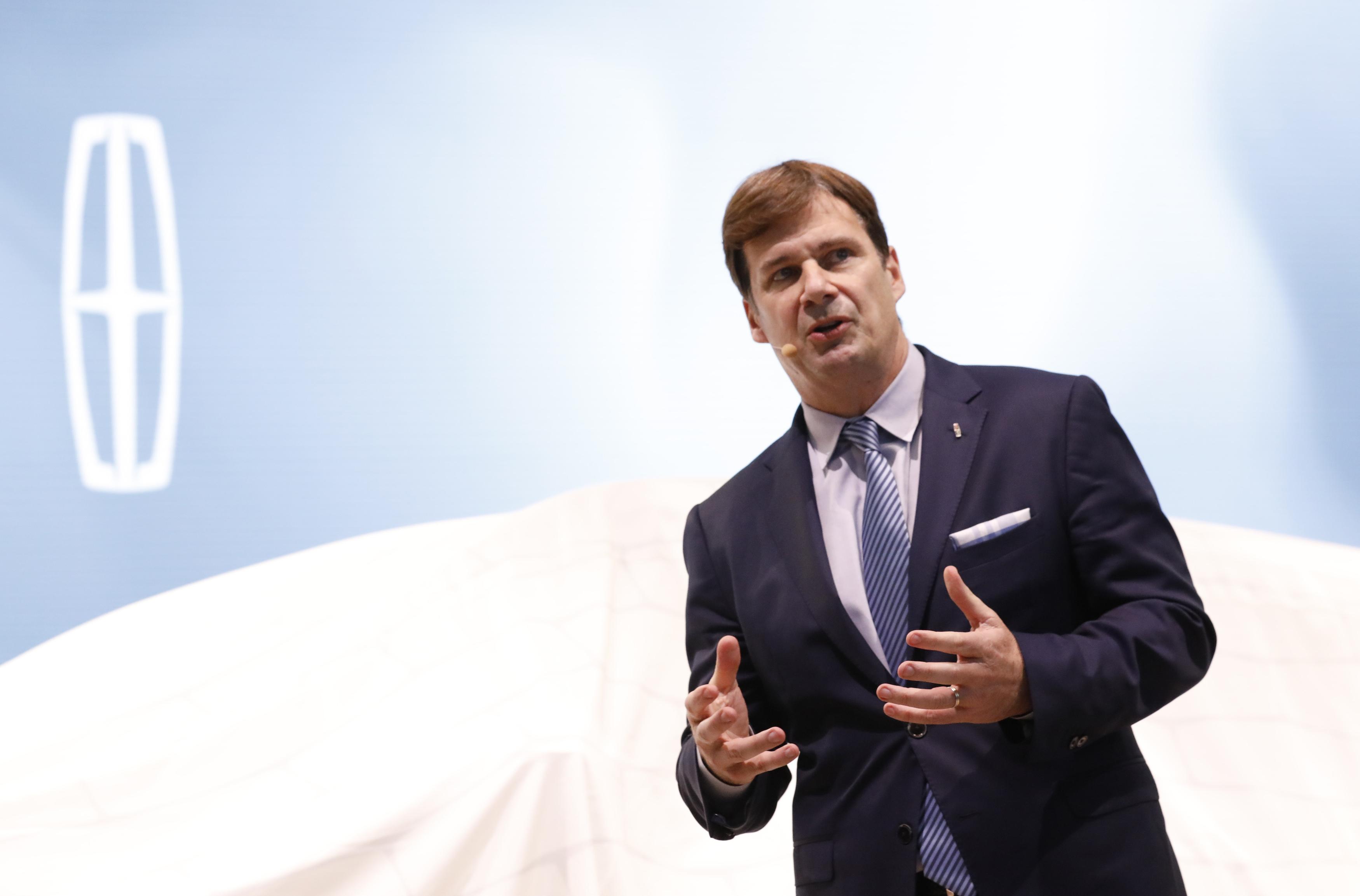 Farley, 58, who is chief operating officer, will succeed Jim Hackett as chief executive and president on Oct. 1, the auto maker said. Farley will be Ford’s fourth CEO since 2014.

Executive Chairman Bill Ford said the company had not considered outside candidates because “our board felt that we were on the right path” with Farley.

Farley, who joined the company in 2007, was named COO in March. At that time, his main internal rival for the top role at the automaker, Joe Hinrichs, announced his retirement.

Farley has a reputation within Ford for being a skilled political operator with sharp elbows, which has garnered him some loyal fans but made him unpopular with others.

Hackett and Farley will work together during a two-month transition period, and Hackett, 65, will continue as a company advisor through March 2021.

Ford shares were up 1.4% in late morning trading, after earlier rising 3% on news of Farley’s succession as CEO.

The stock has lost nearly 40% of its value since Hackett took the reins as chief executive in May 2017 and has been at lows not seen since the depths of the Great Recession in 2009.

In the year to date, Ford shares have lost 26% and its market capitalization of $27 billion is one-tenth that of rival Tesla’s.

Hackett was handpicked for the top job at Ford by chairman Bill Ford, great-grandson of company founder Henry Ford. Hackett had no automotive experience, and his tenure at the automaker was rocky and accompanied by persistent rumors that he was about to be ousted, but Bill Ford stuck loyally by his chosen CEO for more than three years.

Hackett’s relationship with Wall Street has, at times, been strained. Analysts have expressed frustration at his preference for often-impenetrable corporate language, instead of clear updates on where Ford was heading, and a perceived lack of urgency in restructuring the automaker.

Last week, Ford reported a quarterly profit thanks to an investment by Volkswagen AG (VOWG_p.DE) in its self-driving Argo AI unit, more than offsetting an operating loss caused by a coronavirus-induced production shutdown.

Ford said it expects a full-year loss, but added it should have ample cash on hand through the rest of 2020, even if global demand falls further or the coronavirus pandemic forces further shutdowns of vehicle assembly plants.

Executives insisted that although the company had dramatically scaled back the amount it will spend on a global restructuring of its business, that overhaul had not stalled.

The No.2 U.S. automaker also faces slumping demand in China, its second-largest market.

Ford lost $771 million in China last year, about half its 2018 loss, and its market share there has shrunk. The company has struggled to revive sales in China since its business began slumping in late 2017.

Hackett’s total compensation, including stock options, fell to $17.4 million in 2019 from $17.8 million in 2018. He will cease to have access to private aircraft for personal travel effective Oct. 1.

In the last two months, Ford has unveiled a redesigned version of its highly profitable F-150 pickup truck and a family of off-road Bronco SUVs as part of efforts to revitalize its lineup and pay down money borrowed to ride out the economic shock of the pandemic.

In a statement, United Auto Workers union president Rory Gamble said that under Farley, Ford “is in steady hands that will continue the long Ford family tradition of leadership that respects its workforce and keeps communications open in a challenging industry.”