No end in sight to gigantic bottleneck for global freight, shipping titan warns

Maersk, the world’s biggest shipping company, has warned there is “little visibility” about when bottlenecks in global supply chains will end.

The Danish group, which reported record quarterly revenues despite the disruption as its freight rates increased sharply, said current conditions were expected to continue at least until the first quarter of next year. 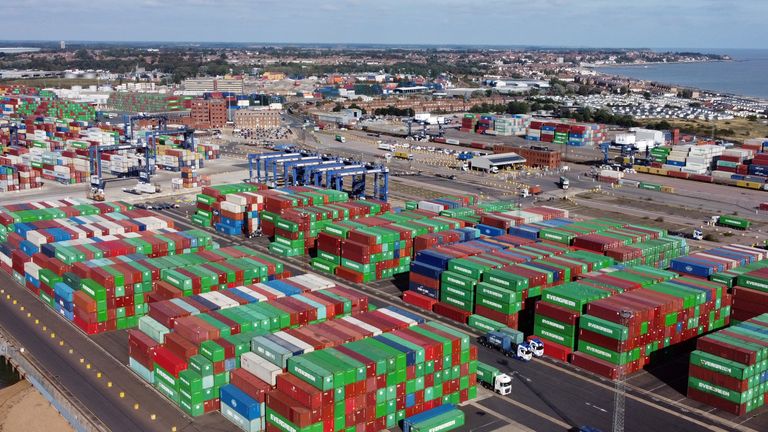 He said the biggest problem preventing containers from leaving ports is a lack of labour, particularly drivers of HGV vehicles in the US and Britain despite salaries having been raised “significantly”.

Maersk, which handles one in five containers shipped worldwide, reported a 68% jump in revenue to a record $16.61bn in the third quarter, with bottom-line profits surging to $5.46bn compared with $947m a year ago.

It has been boosted by a surge in demand to transport freight as the world economy reopens after pandemic lockdowns – in some cases causing supply chains to buckle under the pressure.

Looking ahead, Maersk said savings built up by consumers in America and Europe would support more demand and although higher prices could take its toll on some spending, pressure for firms to rebuild stocks and the continued shift to online retail would keep up pressure on logistics.

The company added that supplier delivery times “remain lengthy, and there is little visibility into when capacity constraints, including landside bottlenecks in trucking and warehousing, will abate”. Maersk said that to meet the rising demand, it has added more capacity.

But congestion at ports meant that third-quarter container volumes were still 4% lower than in the same period in 2019 and slightly below the level last year.

“A too large proportion of our capacity is tied up lying waiting outside the ports,” Mr Skou said.

It is aiming to expand its services to include more air and land-based freight.

Last month, Maersk said it was diverting one 80,000-tonne container ship per week away from Felixstowe, Britain’s biggest commercial port, due to backlogs.