LONDON (Reuters) – Probably the best thing to say about world financial markets so far this year is simply that it has been quite a ride. 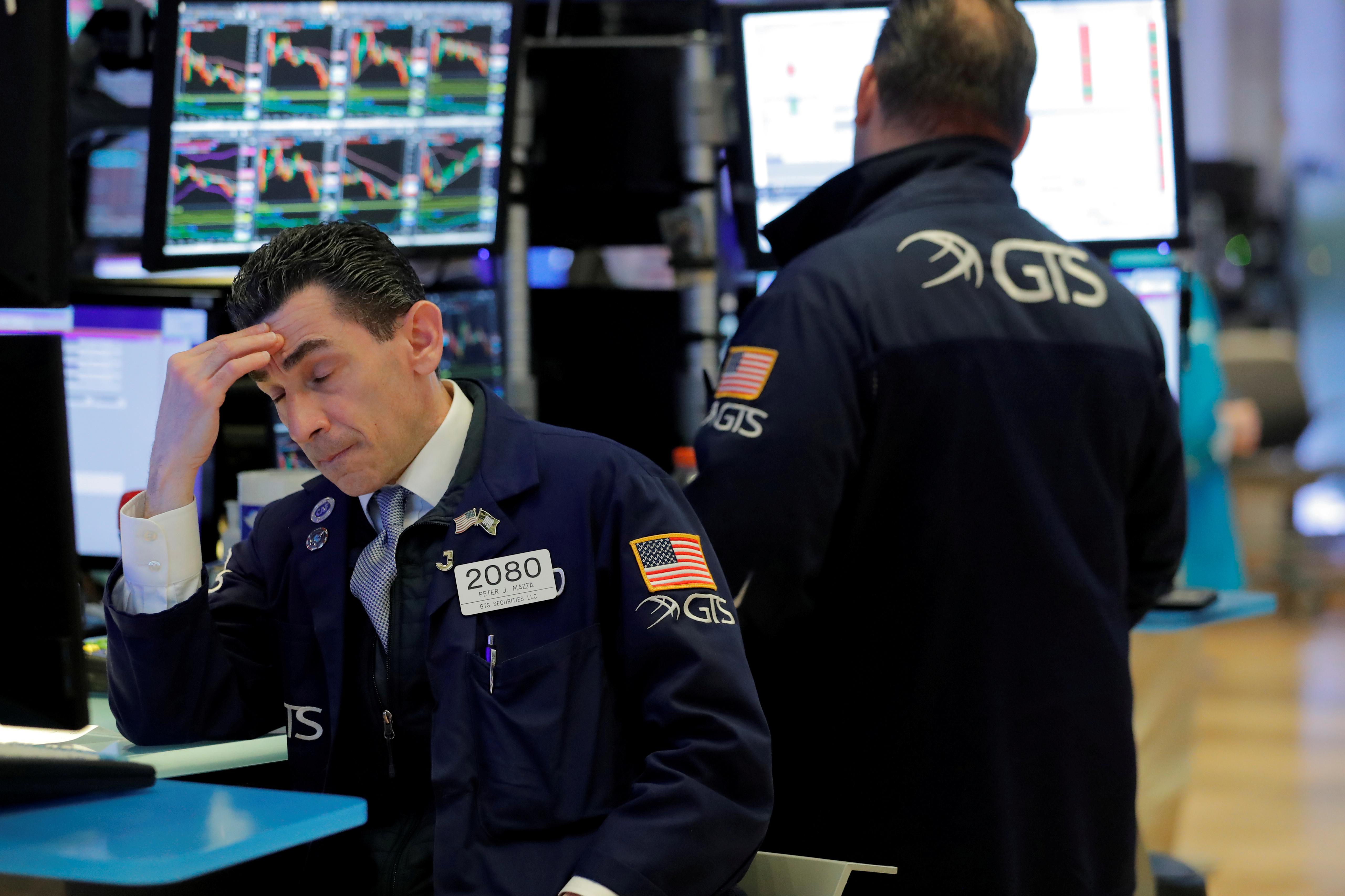 If somehow you missed the coronavirus slamming the global economy like a wrecking ball, current market levels certainly do not reveal the wild swings that unprecedented events unleashed.

Sure, world stocks .MIWD00000PUS are down nearly 9% for their worst start to a year in a decade, some big emerging market currencies are down over 15% and super low-risk U.S. government bonds and gold XAU= have returned 16%. But none of that is exactly unique.

In fact some bits look distinctly bullish. The tech-heavy Nasdaq is near a record high thanks to those fantastic FAANGs again, Chinese stocks .CSI300 are now up for the year as are Italian bonds, which might all suggest nothing serious has gone on. Wrong!

The reality is that it has been one of the most turbulent six months ever seen. Having slumped 35% between Feb. 20 and March 23 in the most destructive sell-off since the Great Depression, MSCI’s world equity index .MIWD00000PUS has rallied to within 10% of February record highs and Wall Street has had it best quarter since 1998.

For a graphic on World financial markets in 2020:

It has all been fuelled by $l8 trillion worth of fiscal and central bank stimulus, interest rates slashed to 0% or below in most major economies, and massive debt buying programmes. Borrowing costs for high-grade U.S. companies are now below January levels despite rising numbers of firms going bust.

Oil markets have been even more dizzying. Brent might be down nearly 40% for the year overall, but its second-quarter rebound of 80% is its best since 1990 when markets were worrying about the first Gulf War.

“It has been a bit crazy,” said Hans Peterson, veteran global head of asset allocation for Sweden’s SEB investment management, who has never experienced a market as unpredictable as in the last six months.

“The initial drop (in asset prices) was so quick that I think a lot of people got skewed in their portfolios and they had to rebalance,” whereas the rebound came in the wake of the “extreme support” from governments and central banks, he said.

For a graphic on World stocks’ first half performances since 1993:

A breakdown of the best- and worst-performing stocks also tells the story of the pandemic, which has claimed over half a million lives and sent unemployment spiralling.

At the other end, cruise ship companies Carnival and Royal Caribbean have plunged 69% and 66%, and scores of airlines have been battered, though the biggest loser is scandal-hit German payments firm Wirecard which has lost 99% of its value.

For a graphic on Top stock market winners and losers of 2020 so far:

As a result, the dollar has given back all of the gains against big currencies like the euro but with the Fed also scooping up companies’ bonds, global corporate debt is up 8% for the second quarter having skidded 5% in the first quarter.

In emerging economies, where some of the worst COVID-19 outbreaks are now happening, the damage is still heavy in stocks.

Russian equities, which top-performed globally last year, have been routed 23% in dollar terms, although the loss was 40% at one stage. Brazil and Colombia, where infection rates are now soaring, shares have plunged 40% and 50%, and Mexico, South Africa and Indonesia are all down over 25% for the year.

For a graphic on Emerging market stocks in dollar terms in 2020:

In March alone, international investors withdrew more than $80 billion from EM economies, the largest single-month capital outflow on record, although money has started to trickle back again.

Ecuador’s bonds have made a world-beating 75% since the country’s creditors agreed to debt relief. Angola’s bonds have leapt over 50%, and in China where the virus first struck, blue-chip stocks .CSI300 are now up 2.7%, having been down 16% in March.

“This has been a huge quarter because you had some recovery from the March sell-off,” said Kevin Daly at emerging market specialist Aberdeen Standard Investments.

“Markets are looking through the COVID cases now and taking the view that in six months time, if we do see a rebound, high yield and EM assets are going to do very well.”

Among the major currencies there have been some milestone moves too. Australia’s dollar, which is often seen as a proxy for China’s fortunes due to the metals Australia sells there, has had its best quarter since 2010. AUD=

The euro made its first quarterly gain versus the safe Swiss franc EURCHF= in over two years as the eurozone cooperated on a recovery fund, while the stellar rebound in oil and low COVID numbers gave the Norwegian crown its best quarter against the euro and dollar in a decade. NOk=EURNOK=

Credit Suisse’s Global Chief Investment Officer Michael Strobaek said that after such a strong rebound and with so much uncertainty ahead, including what is likely to be a bitter U.S. presidential election in November, markets will face another rollercoaster six months.

“We are fastening our seatbelts for the ride ahead,” he said. “Investors are well-advised to do the same,”