Home » Business » ‘Rita Moreno: Just a Girl Who Decided to Go for It’ Review: An Icon’s Growing Pains

‘Rita Moreno: Just a Girl Who Decided to Go for It’ Review: An Icon’s Growing Pains

This paean to the trailblazing Puerto Rican actress is also a case study in the highs and lows of showbiz for a woman of color. 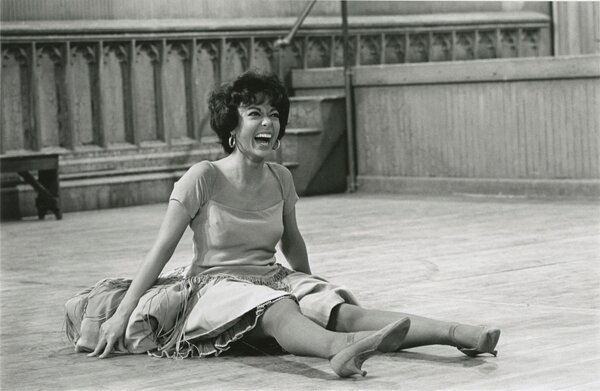 Most documentaries about famous people tend to be exercises in celebrity worship, and “Rita Moreno: Just a Girl Who Decided to Go for It” is no exception. Directed by Mariem Pérez Riera, the film is a portrait filled with dazzling archival footage and shorn of ambiguities and unflattering viewpoints. Yet it is not your average paean because Moreno, a trailblazing Puerto Rican actress whose career spans more than seven decades, is not your average star.

The film’s primary talking head among a parade of former collaborators and Latino luminaries — including Lin-Manuel Miranda (co-executive producer), Gloria Estefan and Eva Longoria — Moreno is given full rein of her story, which doubles as a case study in the highs and lows of showbiz for a woman of color.

Under studio contract in the 1950s and ’60s, Moreno recounts the painful times she spent playing “illiterate, immoral island girls” and fending off Hollywood executives who demanded sexual favors. In one, likely staged, scene in the documentary, we see Moreno watching the 2018 Christine Blasey Ford testimony in her dressing room on the set of the Netflix series “One Day at a Time.” It’s a clunky way of transitioning to her own experiences with abuse, but nevertheless situates Moreno and her lifelong commitment to social activism along a feminist historical trajectory.

After winning a best supporting actress Oscar for “West Side Story” in 1962 (she is one of only two Latina recipients of an acting Academy Award; Lupita Nyong’o, who was born in Mexico, became the second in 2014), Moreno’s career did not skyrocket in the way one might expect. Instead, it expanded across mediums and genres.

This documentary credits her turn to comedy, television and stage acting for liberating her from her exotic sexpot persona. It’s almost hard to believe that the radiant Moreno we see in the film — who at 89 continues to epitomize that ineffable and rare quality we call star power — was ever restrained. Though this contrast is precisely what makes her story so enthralling and vital.

Rita Moreno: Just a Girl Who Decided to Go for It
Rated PG-13 for mature thematic content, suggestive material and some strong language including a sexual reference. Running time: 1 hour 30 minutes. In theaters.