Home » Business » Smartmatic says disinformation on Fox News about the election was ‘no accident.’

Smartmatic says disinformation on Fox News about the election was ‘no accident.’ 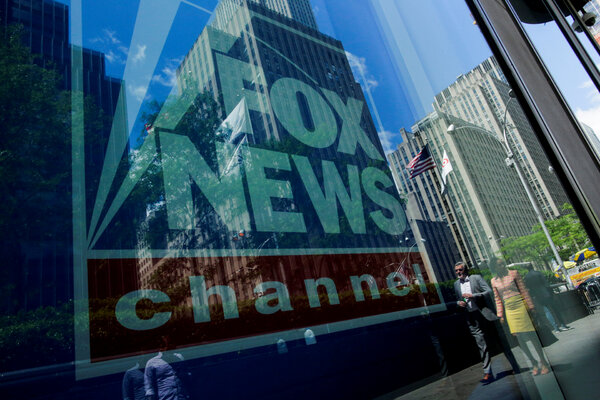 The election technology company Smartmatic pushed back on Monday against Fox News’s argument that it had covered the aftermath of the 2020 presidential election responsibly, stating that Fox anchors had played along as guests pushed election-related conspiracy theories.

“The First Amendment does not provide the Fox defendants a get-out-of-jail-free card,” Smartmatic’s lawyer, J. Erik Connolly, wrote in a brief filed in New York State Supreme Court. “The Fox defendants do not get a do-over with their reporting now that they have been sued.”

The brief came in response to motions filed by Fox Corporation and three current and former Fox hosts — Maria Bartiromo, Jeanine Pirro and Lou Dobbs — to dismiss a Smartmatic lawsuit accusing them of defamation.

Smartmatic and another company, Dominion Voting Systems, became the focus of baseless conspiracy theories after the Nov. 4 election that they had manipulated vote totals in contested states. Those conspiracy theories were pushed by Rudolph W. Giuliani and Sidney Powell, serving as personal lawyers to former President Donald J. Trump, on Fox News, Mr. Trump’s longtime network of choice. Smartmatic, which says that the conspiracy theories destroyed its reputation and its business, provided election technology in only one county during the election.

“The filing only confirms our view that the suit is meritless and Fox News covered the election in the highest tradition of the First Amendment,” the network said in a statement late Monday.

Fox’s motion, as well as those of its anchors, argued that the mentions of Smartmatic were part of its reporting on a newsworthy event that it was duty-bound to cover: A president’s refusal to concede an election and his insistence that his opponent’s victory was not legitimate.

But the response Smartmatic filed on Monday, which runs for 120 pages, said that argument amounted to wishful thinking and that Fox had not covered the claims about Smartmatic objectively or fairly.

“The Fox defendants wedded themselves to Giuliani and Powell during their programs,” the brief said. “They cannot distance themselves now.”

Fox will have several weeks to respond to the brief, and a judge will eventually consider whether to allow Smartmatic’s case to proceed.