Space Aged: Bottle of Wine From Space Station Could Sell for $1 Million

It was a cool and dark environment, but not your traditional wine cellar.

Not when it involved orbiting the Earth about 250 miles up at a speed of 17,500 miles per hour aboard the International Space Station, which is where a celebrated bottle of red wine from France’s Bordeaux region spent 14 months, according to Christie’s auction house.

The bottle, a Pétrus from the year 2000, is now being sold by Christie’s, which lists the estimated price of the bottle at $1 million and is promoting the novelty to discerning connoisseurs as a “space-aged” wine as private-sector monetization of space exploration and research ascends. Sip slowly.

“This bottle of Pétrus 2000 marks a momentous step in the pursuit of developing and gaining a greater understanding of the maturation of wine,” Tim Triptree, the international director of Christie’s wine and spirits department, said in a statement on Tuesday.

Renowned for its complexity and tasting notes of black truffles, black cherries, licorice and mulberry, the 21-year-old Pétrus is regarded as one of the best vintages in the world of wine. A 750-milliliter bottle typically fetches several thousand dollars.

The “space-aged” bottle comes with a bespoke trunk, a decanter, glasses and a corkscrew crafted from a meteorite, said the auction house, which is including a “terrestrial” bottle of Pétrus from 2000 so that the buyer can compare the two.

A dozen bottles of wine in total were transported to the International Space Station in November 2019 aboard a Cygnus spacecraft by Space Cargo Unlimited, a European start-up. They returned to earth in January aboard a SpaceX Dragon spacecraft, according to Christie’s, which said this was the first time a bottle of wine that had gone to space was being sold.

Nicolas Gaume, the co-founder and chief executive of Space Cargo Unlimited, said in a statement on Tuesday that the proceeds from the sale would help pay for future space experiments to “help invent the agriculture and food we need for tomorrow on Earth.”

“It is our conviction that there is no Planet B, and we intend to pave the way for our future by leveraging microgravity and enticing accelerated natural evolutions in a spatial environment,” Mr. Gaume said.

Several wine connoisseurs conducted a taste test earlier this year at the University of Bordeaux’s Institute of Vine and Wine Science to compare the space wines to control samples, the wine website Decanter reported.

Jane Anson, Decanter’s Bordeaux correspondent, gave both the space-aged and terrestrial versions of the Pétrus from 2000 scores of 98. ‘‘From previous experience of this wine, this particular bottle seems more evolved than I would expect from a 21-year-old bottle of Petrus 2000,” Ms. Anson said of the wine that was brought back from space. ‘‘It is beautiful and nuanced, with fine tannins and a sense of energy, but has a clear difference in expression.” 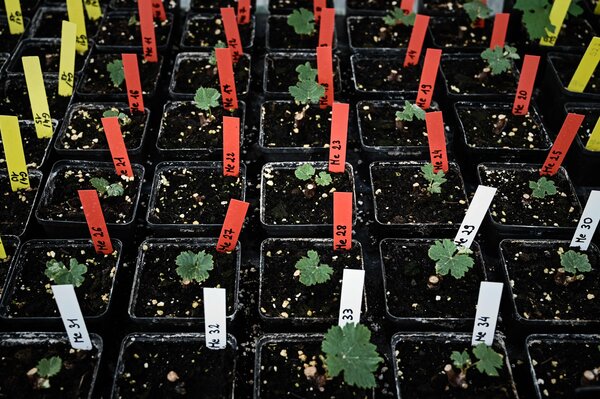 A seven-figure sale for a single bottle of wine could enter a new frontier. In 2018, a bottle of a bottle of Domaine de la Romanée-Conti from 1945 sold for $558,000, setting a record at the time, Wine Spectator reported.

That same year, a rare bottle of Macallan whisky hand-painted by the Irish artist Michael Dillon sold for 1.2 million pounds (about $1.7 million in current U.S. dollars), Christie’s said. Earlier in 2018, two other rare bottles of whisky each sold for $1 million.