LONDON — Sweaty Betty didn’t sweat the effects of lockdown on its 60 activewear and lifestyle stores across the U.K. Instead, the British brand saw opportunity in the COVID-19 crisis, shifted its model and planned for a hybrid approach to business.

When stores locked down last March, Sweaty Betty’s business shot up: In 2020, sales rose 60 percent year-over-year to $175 million on the back of triple-digit digital growth. The company said profitability was “positive” in the 12 months, although it declined to give a specific figure.

“It was a tremendous year,” said the company’s chief executive officer Julia Straus, adding the pace of sales has not let up in 2021.

During the pandemic, the company was quick to switch and behave like a 100 percent online retailer. Simultaneously, it began opening stores in Asia and burnished its environmental, social and governance credentials with the launch of the Sweaty Betty Foundation, which aims to support young, disadvantaged women.

Like so many other brands, it shifted everything to online last year, including in-store consultations.

“When stores closed, people were craving human connection so we started the virtual stylist program,” which offers one-on-one interaction with customers, said Straus. “Calls that were supposed to last half an hour lasted one hour, and the technology we had in place enabled us to add a personal element.”

The company started thinking of other ways it could accommodate its stay-at-home customers who all of a sudden had time to devote to athletic and leisure pursuits.

It broadened its reach from yoga, running, traditional workouts and sports such as skiing, to looks for walking the dog, hiking, trekking and back-to-nature pursuits. In July, it will branch into cycling gear, based on the boom in demand it saw over the past 12 months.

As it was pivoting its existing business, it began laying down roots in Asia, opening a store in Hong Kong’s IFC mall a year ago with the political protests in full swing.

There are more stores in the pipeline. By the end of the first half of 2021, the company will have five doors in Hong Kong and one in Singapore. Working with a local partner, it launched on Tmall a month ago and has hired a general manager for the business who is based in Shanghai.

About 40 percent of the business is done outside the U.K., with the brand serving 195 countries via its online channels.

In the U.S., the business grew in the triple digits last year even as it closed physical stores in the region. In North America, Sweaty Betty also sells through Nordstrom and plans to double its number of doors to 99 by the second quarter of 2021.

Straus said with Sweaty Betty’s stand-alone stores now shut in the U.S., the focus is on Nordstrom, and on digital. The brand will soon be able to deliver to the U.S. in one day, Straus said.

It has partnered with Global-e, a company that facilitates cross-border e-commerce, and will soon be launching its first German language site.

Its other international retailers, online and offline, including Zalando, Harrods, Selfridges, Brown Thomas in Ireland and de Bijenkorf in the Netherlands. The latter three stores all belong to Selfridges Group.

Sweaty Betty has been focusing on other projects, too: Earlier this month it unveiled the Sweaty Betty Foundation, which is aimed at empowering young women through fitness.

The foundation’s focus is on girls aged 10 to 18, particularly those from disadvantaged backgrounds who face barriers to being active. The foundation said it is working with schools and communities “to inspire, motivate and support generations of girls on their journey.”

It is raising money online through the sale of its Power High Waist Leggings and Power Frame Workout Vest, with 100 percent of profits going to the foundation.

The foundation is the brainchild of Tamara Hill-Norton, who cofounded the brand with her husband Simon Hill-Norton in London’s Notting Hill in 1998. They continue to be involved with the business.

In 2015, Sweaty Betty received a “strategic growth investment” for an undisclosed amount from Catterton, the private equity firm which is now known as L Catterton after partnering with LVMH Moët Hennessy Louis Vuitton and Groupe Arnault, the family holding company of Bernard Arnault.

During an interview, Straus declined to comment on a Bloomberg report last summer that Sweaty Betty principals were preparing to sell the company at a valuation of 400 million pounds, and that L Catterton was looking to exit.

With physical stores set to open for good on April 12 in the U.K., Straus said the company has been preparing for a new world of work, sport and play. 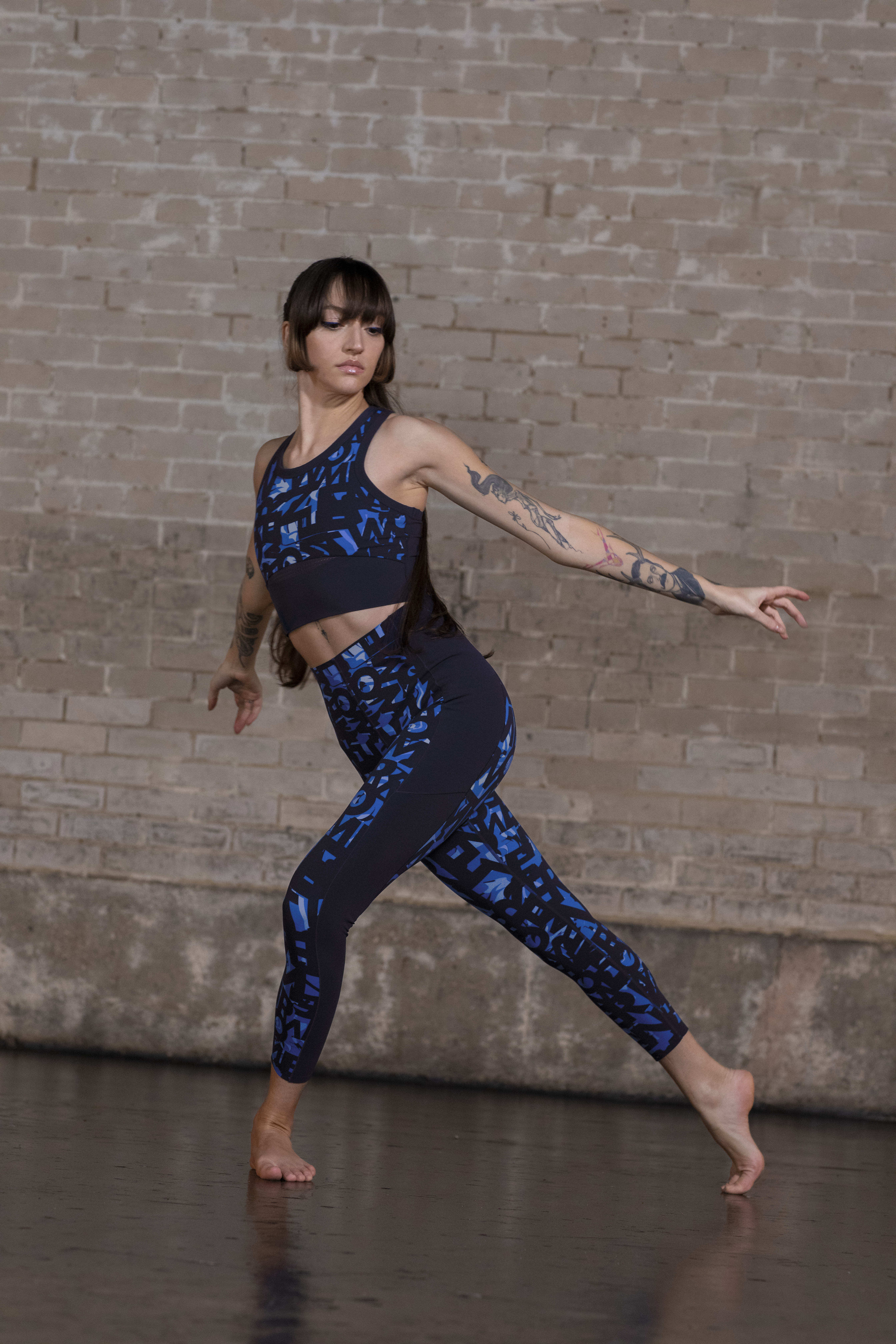 “Health, wellness, fitness are not going to go away. This category is the future,” said Straus, adding that Sweaty Betty is not only looking at new categories — such as cycling — but at “hybrid” clothing, too, as people leave home and return to work.

“We’re asking ourselves what the ‘new normal’ is going to look like post-COVID-19, and we’re looking at versatile product — trousers that you can wear cycling and to the office, or yoga leggings you can also wear to work,” she said, pointing to the top she was wearing on the day.

Called the Grace, it’s a midlayer tunic-style top with an invisible drawstring waist made from scuba-like fabric.

She said the company wants to problem-solve for customers, comfort and protect them “when they’re working out, and it’s freezing and drizzling outside.”

To wit, it has been developing thermo-dynamic tops, insulating layers and technical performance materials. It has also been putting an accent on sustainable fabrics, and will launch recycled down jackets later this year.

It already sells leggings that are each made from 17 plastic bottles, and has been working with bamboo for tops, and yak wool for knitwear.

During lockdown the company has been mining data, too, finding out what customers want via online quizzes, games and polls, and asking the sort of questions they were used to hearing on the shop floor pre-lockdown.

Straus said one quiz about leggings led to a gold mine of information, specifically “13 million data points,” which the company immediately handed over to the product team. Straus described that team is “data hungry. We want to be solving problems for our customers.”

Asked about the fate of Sweaty Betty’s lifestyle, retail and wellness hub on Carnaby Street in London (the space offers classes, wellness workshops on a Wednesday morning, a café and a blow-dry bar), Straus said she believes that while it may take time to return to physical spaces, “people are ultimately social, and we believe the store remains an attractive proposition to the consumer.”

Straus said the plan is to extend some of that store’s services to online, such as the Wellness Wednesday workshops, and give customers the option of doing classes at home or in the physical space. Straus believes the hybrid approach will be a “win-win” for customers, and for the brand.