The content recommendation company is set to announce it will go public via Wall Street’s hottest trend — a publicly traded deal vehicle known as a SPAC. The deal values it at $2.6 billion. 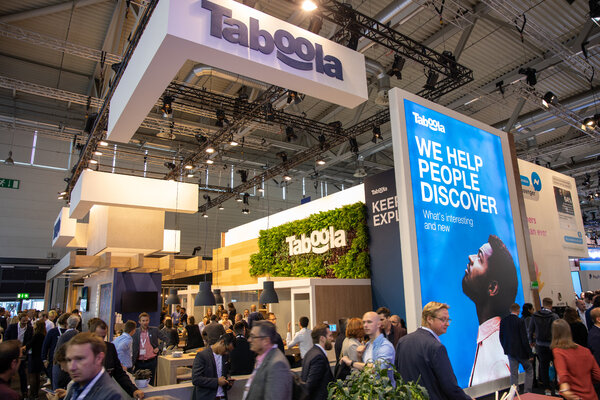 Taboola, one of the biggest purveyors of the little-heralded digital ad known as the “chumbox,” bet until four months ago that its future lay in merging with its chief rival.

Now the company, which serves up catchy clickbait links on websites, is opting for a different route: going public via Wall Street’s hottest trend.

Taboola is set to announce on Monday that it will merge with a so-called special-purpose acquisition company, a kind of publicly traded deal vehicle that has exploded in popularity.

The deal, which values Taboola at about $2.6 billion and is backed by investors like the mutual fund giants Fidelity and BlackRock, sets up a new act for a company that occupies one of the most-mocked — and yet highly persistent — niches in online advertising. And it will help Taboola in what its chief executive, Adam Singolda, says is its mission: become a counterweight to digital ad giants like Google and Facebook.

“We will have currency and access to cash to expand into new areas,” he said in an interview, adding that the current online ads landscape is “a huge market that’s fragmented.”

Taboola runs what is known as a content recommendation platform, helping companies place so-called chumbox ads on websites. Named for the angler’s practice of using chunks of dead fish to attract other fish, they often appear at the bottom of web pages as eye-catching thumbnail images promising links to listicles about cute puppies and testimonials such as “Top Doc: This Fruit Stops Weight Gain in its Tracks.”