Home » Business » The man who led Wirecard into insolvency

The man who led Wirecard into insolvency

FRANKFURT (Reuters) – On the night of June 18, Wirecard AG’s new compliance chief stayed up late at his office in the company’s low-rise headquarters in the Munich suburb of Aschheim to pore over the payment firm’s books. 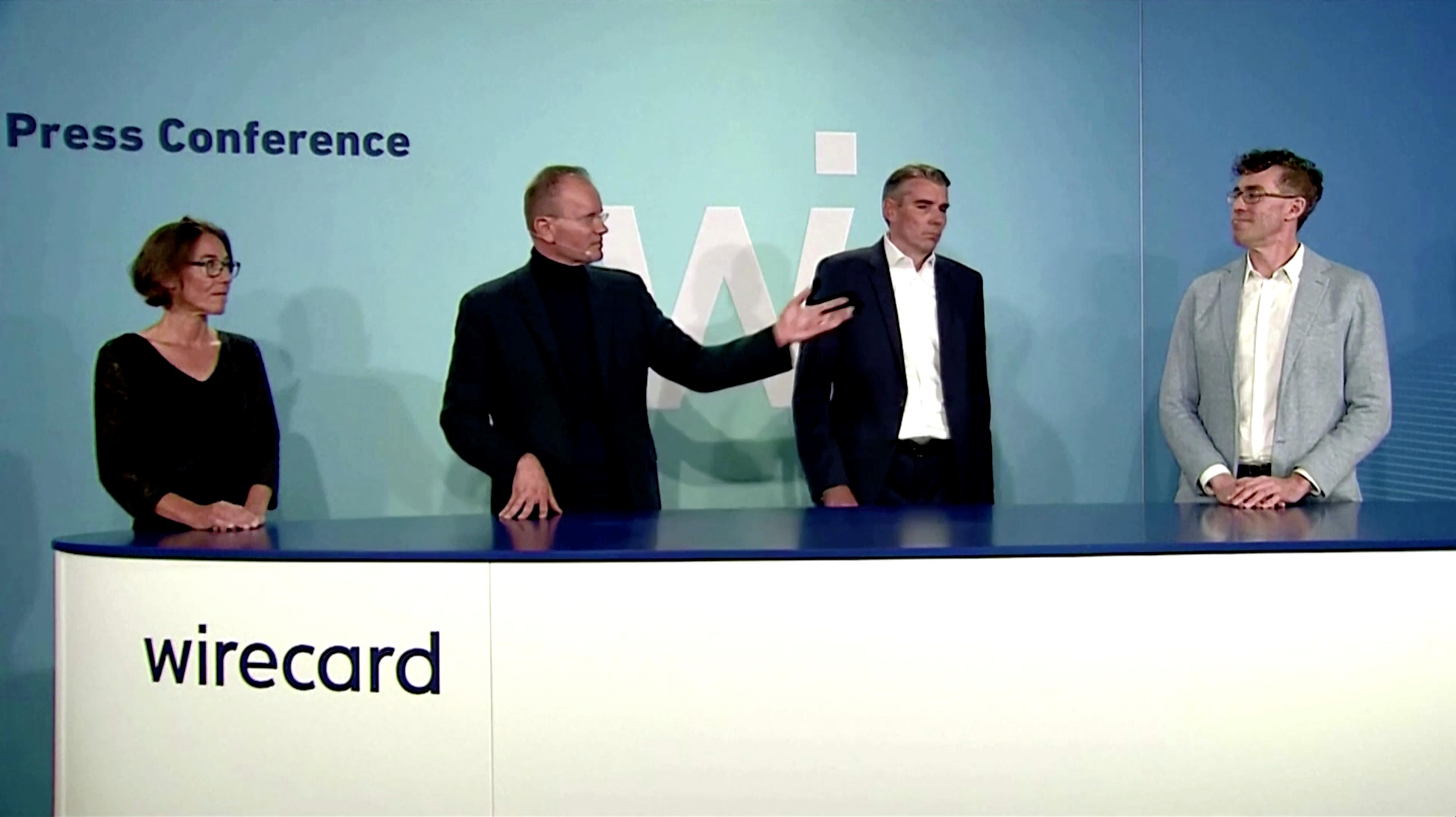 It was James Freis’ first formal day on the job after his start date had suddenly been accelerated by the refusal that morning of Wirecard’s auditors to sign off on the 2019 accounts and the company’s suspension of its chief operating officer. As Freis, a former financial investigator at the U.S. Treasury, scanned the books he was struck by Wirecard’s unusual practice of relying on a third party to hold large sums of money in escrow on behalf of its subsidiaries that are present in countries where it doesn’t have its own operating licenses, according to a person with knowledge of the matter.

The evidence that fraud had probably been committed was obvious to anyone with financial market experience, this person said. The next day, Wirecard’s long-time chief executive officer resigned and Freis became interim CEO.

Over the following week, the 49-year old American was involved in a rapid wave of decisions that culminated in Wirecard filing for insolvency, according to people involved in talks on restructuring its debts. In the end, the process left creditors with scant hope of recovering $4 billion they are owed and investors holding shares that were nearly worthless.

Prosecutors are now investigating Wirecard’s other senior managers on suspicion of fraud, breach of trust, false accounting and market manipulation. They have arrested former CEO Markus Braun, have a warrant out for the former chief operating officer and have widened the field of suspects to include all management board members except Freis. No charges have been filed.

Wirecard and its supervisory board chairman declined to comment on events in the week leading up to the company’s insolvency filing and the accounting issues. The company has acknowledged that the funds likely didn’t exist but hasn’t publicly identified who it believes to be responsible. It has said the decision to file for insolvency was because Wirecard was over-indebted and not in a position to meet its financial commitments.

Braun, who has been released on bail, has denied wrongdoing. A lawyer for the former CEO did not respond to a request for comment but has previously declined to comment.

The former chief operating officer, Jan Marsalek, remains at large and his whereabouts are unknown. His lawyer declined to comment. The company fired Marsalek on June 22.

Freis moved to Frankfurt from Washington six years ago to become head of compliance at Deutsche Boerse (DB1Gn.DE), which runs the Frankfurt Stock Exchange.

Wirecard announced Freis’ appointment as Chief Compliance Officer on May 8, ten days after forensic accountants at KPMG had publicly raised red flags about Wirecard’s accounting for the three prior years saying they had been unable to verify the existence either of revenue from the third-party partners or the balances held in escrow.

Freis was in the Bavarian capital ahead of his official July 1 start date to house hunt, when Wirecard issued a surprise statement. On June 18, the company announced that its long-time audit firm EY, previously known as Ernst & Young, could not confirm the existence of 1.9 billion euros ($2.1 billion) supposedly held in trust at two Asian banks – a quarter of its balance sheet.

That evening, Wirecard suspended Marsalek, the COO, and announced Freis would assume his new post with immediate effect.

Freis appeared in a video statement posted by Braun on Wirecard’s website late that night. In the video, Braun introduced the new compliance chief, who nodded awkwardly in acknowledgment. Braun also said in the video that Wirecard may have been the victim of a fraud “of substantial dimensions,” without specifying who may have been responsible.

It was that night that Freis spent looking through the company’s books. The next morning, Freis reported his initial findings to the supervisory board, according to the person with knowledge of the matter. Within hours, Braun had resigned.

Freis also personally wrote a corporate statement that disclosed the findings, the person with knowledge of the matter said. The statement, released by the company in the pre-dawn hours of the morning of Monday June 22, said the management board assessed the “prevailing likelihood” that the 1.9 billion euros held in trustee accounts “do not exist.”

EY, which had audited Wirecard for more than a decade, has said it uncovered a sophisticated fraud and reported its findings immediately to the supervisory board. The audit firm declined further comment.

Freis was also under pressure from Wirecard’s lenders. EY’s refusal to sign off on the accounts meant that creditors would be able to call in some 2 billion euros in loans. Freis worked over the weekend with Wirecard’s freshly appointed restructuring advisers to get a dialogue going with creditors, according to sources with knowledge of the matter.

Some 15 banks agreed on the Monday to roll over their credit line to Wirecard. But, by Wednesday, it had become clear that a move by Germany’s financial regulator, BaFin, to ring-fence Wirecard’s banking subsidiary from the rest of the group would tie Freis’ hands.

The problem Freis faced, according to a person involved in the talks between Wirecard and its lenders, was that he would be unable to pay the company’s bills if the regulator blocked access to the necessary account at Wirecard Bank.

Freis saw that, even if the loans were rolled over, Wirecard would probably to have to file for insolvency in three to six months, the person involved in the talks said. But by postponing the inevitable, he risked criminal liability, this person added. Delaying insolvency is a criminal offence in Germany. The next day, June 25, Wirecard announced it would file for insolvency.

Freis continues to oversee day-to-day operations at the company while the administrator sells of the remnants of Wirecard.