Home » Business » The Tailor, the Florist, the Violin Maker: Improvising to Survive

The Tailor, the Florist, the Violin Maker: Improvising to Survive

Shops in Hamburg, Germany, have been pushed to the brink by lockdowns and curfews in the pandemic and the uncertainty of when a return to something like normal may happen. 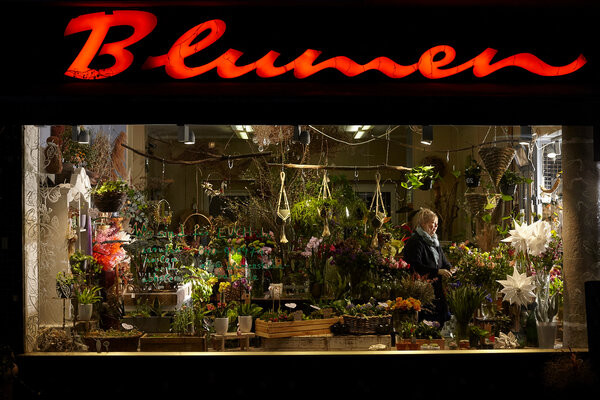 Germany is known for luxury cars, machine tools and other goods that have protected the overall economy from the worst effects of the pandemic. But Germany is also a nation of shopkeepers, small operations whose employees are often from the same family.

These businesses have been pushed to the brink of existence by lockdowns, quarantines and other restrictions that often change from day to day. Vaccines are in short supply and intensive care units are filling up, prompting Chancellor Angela Merkel’s government to impose a nationwide curfew last month in areas with high infection rates.

In the port city of Hamburg, retailers are improvising to try to survive.

Théodora Vezo, the owner of a boutique that bears her name, took customers by appointment and changed her window displays of clothing and accessories much more often.

Yayi Chen, owner of a store that sells Manga comic books and graphic novels, set up a TikTok channel and ordered his employees to come up with content as a way of promoting online sales.

Birgit Wyrowski, who has been building violins at her shop for 34 years, was able to partly compensate for a decline in sales by selling ukuleles, popular among neophyte musicians in lockdown because they are easy to play.

But these improvisations often come with a downside. Ms. Wyrowski said she worried that young people who took up an instrument to combat lockdown boredom will lose interest without in-person lessons. “And playing together. That’s also missing, of course,” she said.

For many businesses there has been no real option but to tough it out until lockdowns ease, which in Germany may not be until the fall.

Edip Kücükoglu, a tailor, is still allowed to do alterations but customers are staying away. Why spend money looking better when you never leave home?

“Customers aren’t coming in to have things altered or made. They’re waiting until times are better,” Mr. Kücükoglu said. “It’s a good thing that I own this shop. If I wasn’t an owner, I would have closed a long time ago.”

Federal and state governments have provided aid to many businesses. But policies were sometimes inconsistent. Giulia Christen, a fashion designer and owner of Pyrate-Style, a shop that sells custom-made apparel, said the government response was excellent at first. “You put in a request, and two weeks later the money was in your account,” she said.

But Ms. Christen was denied aid for November and December on the grounds that a shutdown didn’t take effect until Dec. 16. “That meant we lost all our Christmas business,” she said, “but we didn’t get any support.”

A few businesses have benefited from the pandemic. Dennis Jakob’s butcher shop, which was founded by his grandfather in 1951 and where he has worked basically his whole life, has been busy supplying customers who were cooking more for themselves and shopping closer to home. “There are many new faces! Our customer base has grown,” Mr. Jakob said.

Germans have a reputation for being organized, but the stereotype has not applied to the vaccine campaign. Less than a quarter of the population had received a first vaccine dose by late April, compared with more than 40 percent in the United States and more than 60 percent in Britain.

Christian Möller, owner of Derpart Flug und Ferienreisen, a travel agency, said sales are down more than 90 percent so far this year. Only when people are vaccinated, he said, will they feel confident about vacationing abroad.

“I hope that the vaccinations will go ahead as soon as possible,” Mr. Möller added. “That is the key to the whole thing.”

Businesses that depend on weddings, funerals or other gatherings are in a similar situation. “None of that is taking place at all,” said Susanne Jürgens, a florist at Blumenstube Diana Hittig. “Celebrations, confirmations — we missed all that business in 2020.”

Hair salons have been closed for much of the last year, but were allowed to reopen in early March, sooner than most other shops that involve personal contact.

The rush of customers in between lockdowns helped compensate for the periods that Petra Hartje was forced to close her shop. There was even a positive aspect: People really appreciated their hairdressers. “We were suddenly relevant to the system,” Ms. Hartje said.

But keeping the business open hasn’t been easy. “In December, a customer was here on a Saturday. The following Tuesday she emailed me that she was sick with Corona,” Ms. Hartje said. “I had to quarantine for 10 days.”

While internet retailers have boomed, online sales are not a real option for shops that depend on personal contact, like Marie Josephine Bouquet’s hat shop.

“I can’t make anything if I can’t do fittings, or measurements or touch the customer,” Ms. Bouquet said. “Hats are too individual and too special.”

Apparel businesses are among the biggest economic victims of the pandemic. Nationwide, sales of items like clothing and shoes plunged by more than three-quarters in January from a year earlier, according to official figures. Nearly half of the retailers surveyed by the German Retail Association said they feared bankruptcy.

More than two-thirds of Ms. Bouquet’s hat sales used to come from theater productions, which are at a standstill. “That was the last straw,” Ms. Bouquet said. Her revenue fell by about half last year. While she will continue to make hats to order for theater customers in her atelier, she said, she closed the storefront permanently in February.